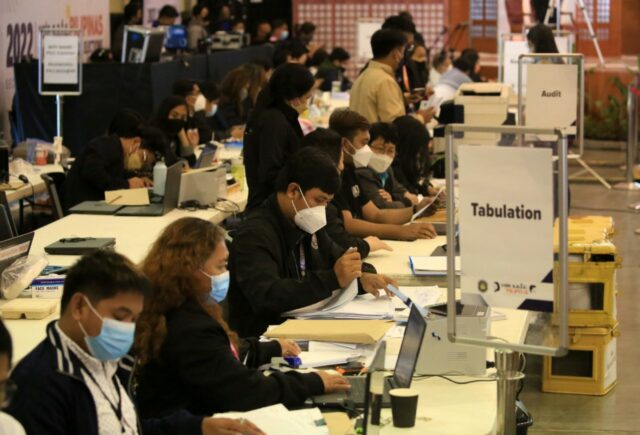 THE COMMISSION on Elections (Comelec) found discrepancies in the manually encoded overseas certificates of canvass, but these were minor and have been corrected, according to an election commissioner.

“We received the report of the tabulation and audit committee that said many discrepancies were found and so adopted the recommendation of the group to correct such discrepancies,” Election Commissioner George Erwin M. Garcia told a news briefing on Tuesday.

He noted that the variance in the vote tallies from the manually prepared certificates of canvass were minor and likely caused by human error, but will still be investigated by the Comelec law department.

The Comelec full court as the National Board of Canvassers on Monday afternoon finished the vote canvassing for all overseas certificates of canvass for senatorial and party-list positions, according to a live-streamed video on the Comelec Facebook Page.

With 172 out of 173 certificates of canvass already counted, Lanao del Sur province in southern Philippines is the only area remaining to be counted in the official tally.

A failure of elections was declared in several barangays of the province last weekdue to violence and irregularities, and preparations are underway for the conduct of special elections in these areas with about 6,291 voters.

Mr. Garcia told a press briefing on Monday that the election body would probably proceed with the proclamation despite the pending special elections in Lanao del Sur since the results were unlikely to affect the overall outcome.

“Technically we already know what the results are, but officially we still need the report from our supervisory group as a basis for a resolution to proclaim the 12 winning senatorial candidates,” he said.

Mr. Garcia said the 12 winning senatorial candidates may be proclaimed by Wednesday afternoon, while some party-list winners may be announced a day later.

Comelec has officially invited the president, vice president, senate president, and chief justice to attend the proclamation ceremony, which will be held at the Philippine International Convention Center, he added.

Meanwhile, the Senate had received 82% or 141 of 173 election certificates and returns for president and vice-president as of Tuesday morning, it said in a statement.

The Senate and House of Representatives are expected to convene in a joint session on May 24 to canvass the votes for the 2022 presidential and vice-presidential elections.