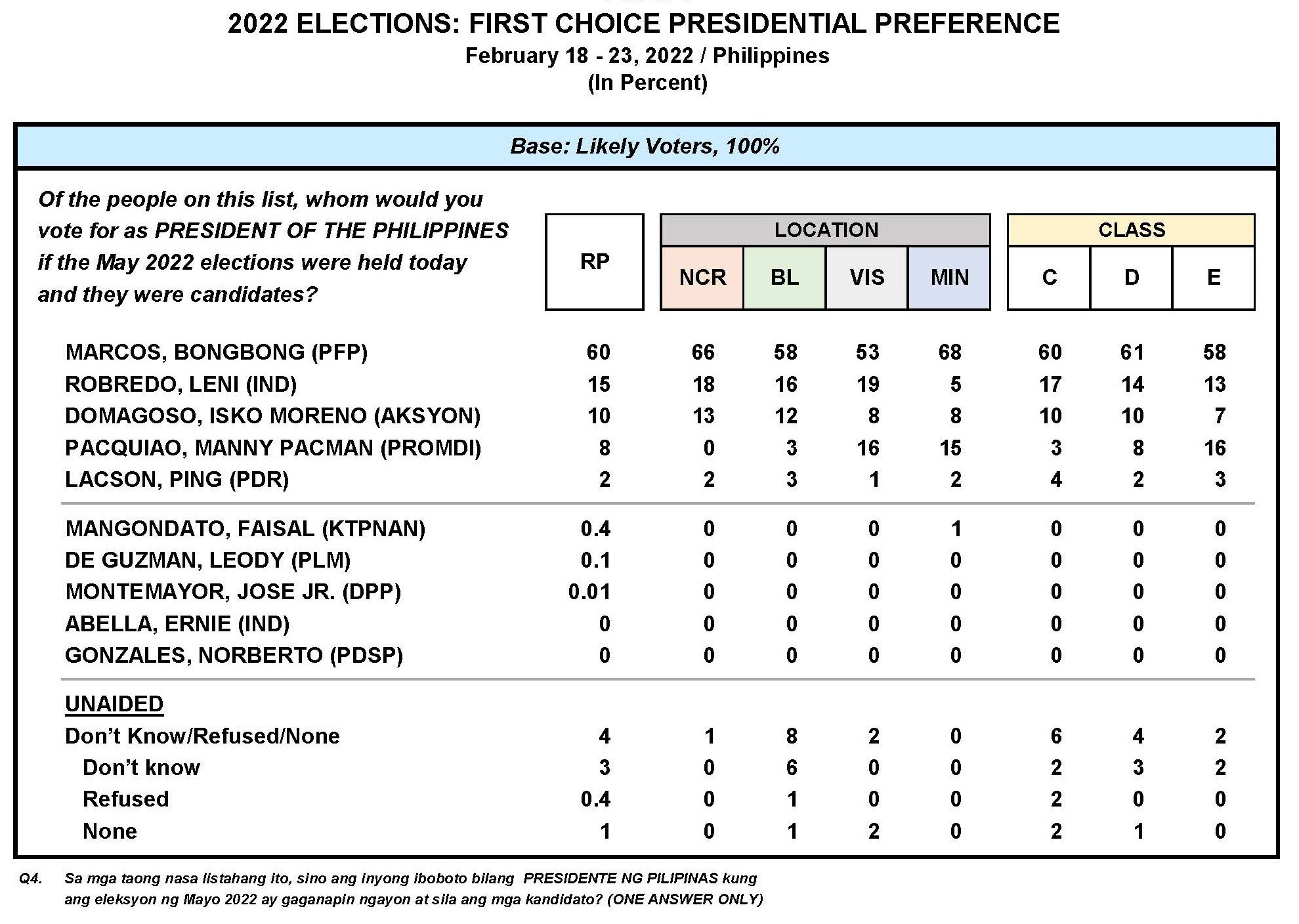 THE ONLY son and namesake of the late dictator Ferdinand E. Marcos has kept a strong lead in the Philippine presidential race, Pulse Asia Research, Inc. said in a statement on Monday.

He was the top pick for president in the National Capital Region, the rest of Luzon, Visayas and Mindanao. He was also the top choice across all socioeconomic classes.

She got 16-19% voter preference across geographic areas and 13-17% across socioeconomic classes, with Mindanao being the exception with only 5%, Pulse Asia said.

Only 4% of the respondents did not give an answer because they either didn’t know who they wanted, declined to answer, or had no choice at all.

Mr. Domagoso was the top second choice for president, with 26% of respondents saying they would choose him if their first bet backed out of the race.

Davao City Mayor and presidential daughter Sara Duterte-Carpio was the top pick for vice-president, with 53% of Filipinos backing her candidacy. She was followed by Senate President Vicente C. Sotto III with 24%.

Pulse Asia interviewed 2,400 adults on Feb. 18 to 23 for the poll, which had an error margin of ±2 percentage points. — Kyle Aristophere T. Atienza