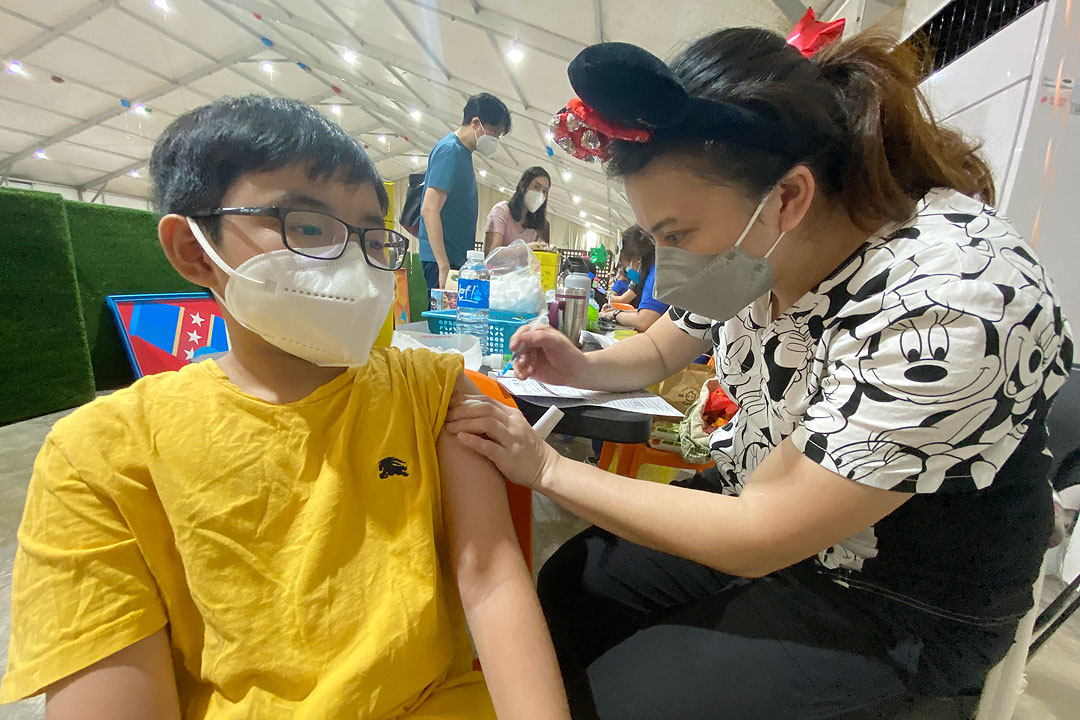 MANILA, the capital and nearby cities are ripe for a shift to the most relaxed lockdown amid decreasing coronavirus infections, the country’s health chief said on Thursday.

Infections in the capital region have declined in the past two weeks, while the average attack rate was moderate, Health Secretary Francisco T. Duque III told an online news briefing. It remained at low risk from coronavirus disease 2019 (COVID-19), he added.

Less than 30% of Metro Manila’s health system was used, while 84% or 1.03 million of its 1.2 million seniors have been fully vaccinated, he added.

The Department of Health (DoH) has adjusted the target vaccination rate for the lockdown to be eased further to 80% for the elderly and seriously ill adults. “That is their state, which is truly and genuinely right for de-escalation,” Mr. Duque said.

The agency might conduct house-to-house vaccinations to reach more senior citizens, he added.

Metro Manila mayors this week voted to lower the lockdown in the region to Alert Level 1, the most relaxed in a five-tier system. The 17 mayors don’t have the power to decide on the lockdown level and can only recommend actions to an inter-agency task force against the coronavirus.

About 63 million Filipinos had been fully vaccinated against the coronavirus as of Feb. 23, while 62.09 million have had their first dose. Almost 10 million booster shots have been injected.

Mr. Duque said the government would release guidelines to contain the virus under Alert Level 1, adding that it was ready in case of another infection surge.

“Problems only arise when we have a surge,” he said. “Our health system capacity is ready. We are ready for the worst-case scenario.”

An inter-agency task force was set to endorse the latest lockdown level for the country later on Thursday.

It said 6.3% of 28,246 samples from Feb. 22 tested positive for the coronavirus, still above the 5% threshold set by the World Health Organization (WHO).

The agency said 72% of the latest cases occurred on Feb. 11 to 24. The top regions with new cases in the past two weeks were Metro Manila with 235, Calabarzon with 153 and Central Visayas with 133 infections. It added that 50% of new deaths occurred in February and 19% in January.

It said 112 duplicates had been removed from the tally, 104 of which were reclassified as recoveries, while 126 recoveries were relisted as deaths. Three laboratories failed to submit data on Feb. 22.

DoH said 28% of intensive care unit beds in the country had been used, while the rate for Metro Manila was 26%.

Jose Rene de Grano, president of the Private Hospitals Association of the Philippines, Inc. said the government should ease the lockdown further only after two more weeks. There were also concerns that people might ignore health protocols during the election campaign period.

“That is what we fear,” he told the same briefing. “We are worried that after this, we relax too much and people no longer adhere to minimum protocols, and this leads to another surge,” he said in mixed English and Filipino.

Mr. de Grano said private hospitals were coordinating with local government units to inform the public about the importance of getting vaccinated, including getting injected with booster shots.

He also cited the country’s problem with brain drain, with many health workers seeking greening pastures overseas. “Openings abroad continue, so many are planning to resign and go abroad.”

Also on Thursday, the OCTA Research Group from the University of the Philippines said the country’s COVID-19 situation was looking good this quarter.

“We will be in a very low-risk situation by the second week or middle of March,” OCTA fellow Ranjit S. Rye told an online forum. “We expect it to be that way unless there’s a new variant that comes in, and it’s unlikely at the moment given where Omicron is in the world.”

“We see this to be a good forecast up until May, and we hope that it can be sustained,” he added.

As the country eases lockdowns, decisions made by people and the private sector matter more than government management, he said.

“What we do as individuals will be far more important in sustaining these downward trends,” Mr. Rye said. “The goal now is to keep the economy open.”

The government should continue its vaccination drive, mass testing initiatives and treatments.

The Philippines must vaccinate at least 80% of its population and develop healthcare infrastructure to sustain herd immunity, OCTA fellow Nicanor Robles Austriaco, Jr. told the forum.

He also said people should learn to live with COVID-19. This can be done by setting up protocols and developing a pandemic alert level system similar to that for typhoons.

Allow private sector to use vaccines for booster shots — senators