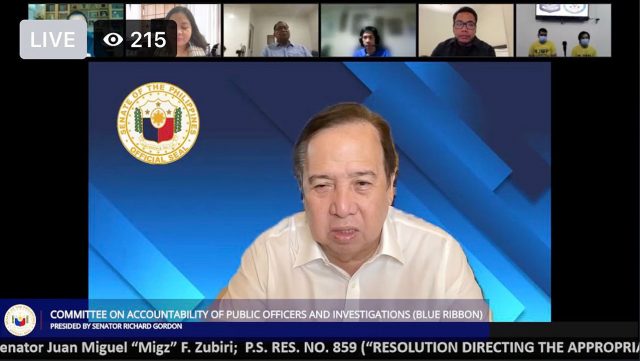 CONTROVERSIAL Pharmally Pharmaceutical Corp. has a tax deficiency of P6.3 billion, according to a certified public accountant invited by the blue ribbon committee for a probe on the alleged overpricing of pandemic health supplies sold by the company to the government.

During a committee hearing Thursday, accountant Raymond A. Abrea, who works as a Bureau of Internal Revenue (BIR) consultant, also said that the company had P7.3 billion in unsupported purchases, meaning there are no documents proving its validity under the country’s tax code.

He also pointed out a P1.3-billion undeclared sales in 2020 and purchases worth P3.9 billion that were disallowed from value-added tax exemption.

The accountant also flagged the company’s major suppliers, which documents showed were new firms registered in the same month as Pharmally in 2019.

“We also did not see any documents proving they are legitimate suppliers as they did not have records based on what BIR has submitted,” Mr. Abrea said in a mix of English and Filipino.

“Based on the documents, what’s being revealed is that there are no legitimate suppliers,” he said. — Alyssa Nicole O. Tan

Crisis warned as Marcos told to comment on suit