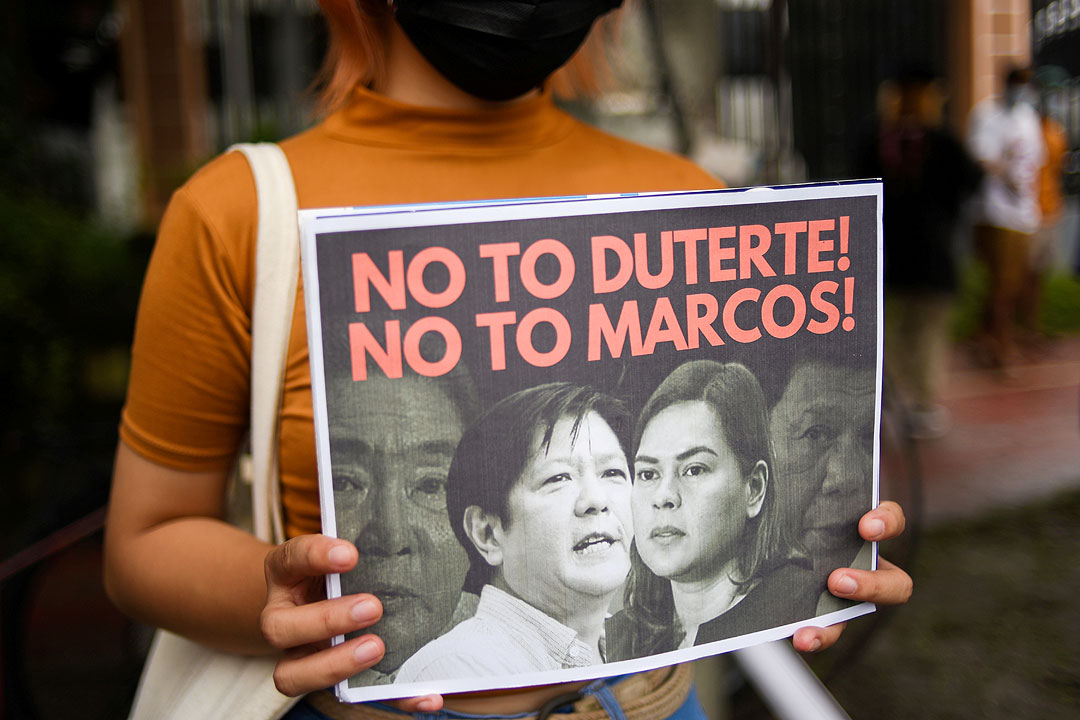 THE ONLY son and namesake of the late dictator Ferdinand E. Marcos is facing another obstacle to his political ambitions in the 2022 polls after a group of martial law victims from northern Philippines filed a new complaint against his candidacy for president.

The latest petition, the eighth of its kind, filed against Ferdinand “Bongbong” R. Marcos, Jr. before the elections body argued that his 1995 tax evasion conviction deprived him of his right to vote, making him ineligible to run for public office since electoral candidates must be registered voters.

“Assuming that the provisions of the Omnibus election code do not apply, respondent is still disqualified to run for or to hold any elective position, much less for the position of Philippine president, for having been actually sentenced to prison correccional and is thereby effectively deprived of his right of suffrage,” read the petition.

Mr. Marcos’ spokesman, Victor Rodriguez, reiterated an earlier position that the petitions filed were “nothing but nuisance cases.”

“We urge those who are behind these pathetic stunts to please respect the Filipino people and their democratic right to decide for themselves and their collective future,” he said in a statement released on Tuesday.

Mr. Marcos committed crimes of moral turpitude — a ground for disqualification under the country’s election code — when he failed to file the taxes, read the latest petition, which is similar to earlier lawsuits seeking the disqualification of the former senator, who lost by a hair in the 2016 vice-presidential race.

The late dictator’s son filed his candidacy papers for president in October, angering activists and victims of his father’s two-decade rule.

An official of the poll body earlier said the presidential run of Mr. Marcos is the most legally-contested in recent history. — Kyle Aristophere T. Atienza

3 of 4 Pinoys feel worse off