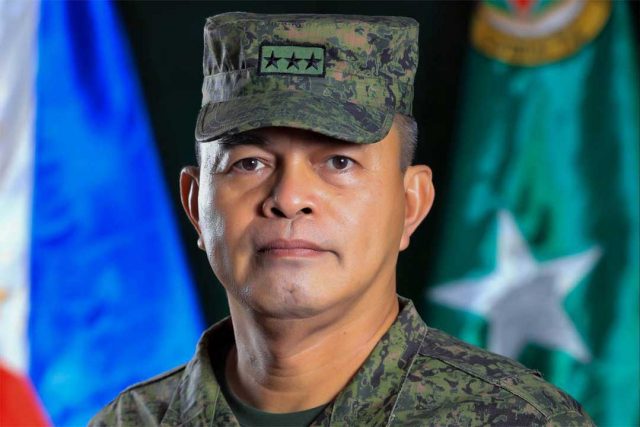 Mr. Centino would become the 57th AFP chief, replacing General Jose C. Faustino, Jr. who only served as the head of the armed forces for four months from July 2021.

Mr. Centino is a member of the Philippine Military Academy (PMA) “Maringal” Class of 1988. His term will end on February 2023 when he reaches the age of 56 which is the mandatory age of retirement.

“We are confident that Gen. Centino will continue the initiatives of his predecessors to bring lasting peace and development in the country while securing the State and upgrading our defense capability,” said Presidential Spokesperson Herminio “Harry” L. Roque, Jr. to reporters.

Meanwhile, the AFP said in a separate statement that Mr. Centino has “immense knowledge and experience” in leading the country’s troops and that this will make him a competent leader for the armed forces’ mission and response to the coronavirus pandemic.

His appointment comes after Mr. Duterte chose Police Lieutenant General Dionardo B. Carlos, who is from the same PMA class as Mr. Centino, as the chief of the Philippine National Police on Nov. 10. — Russell Louis C. Ku

Marcos: PHL, China should not only talk about sea disputes

2 items in budget worth P38.1B are pork barrel in disguise — solons