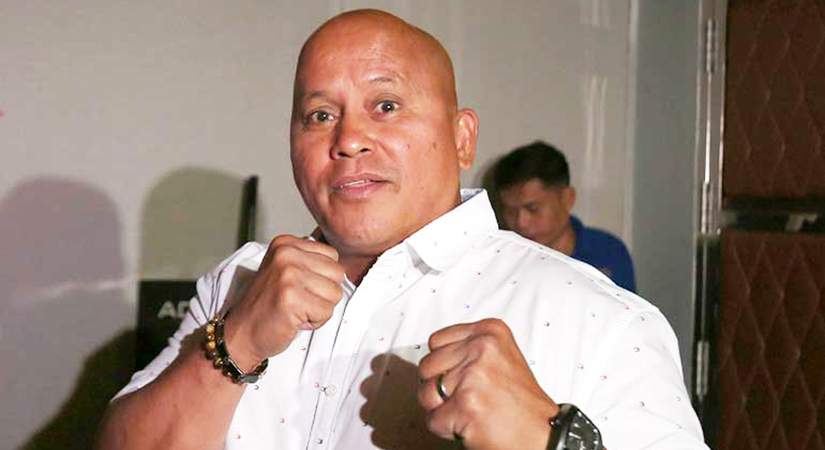 Senator Ronald M. de la Rosa on Friday said he’s running for president next year, which he said was decided by a faction of the ruling PDP-Laban.

“This was a party decision,” he told reporters during the filing of his certificate of candidacy in Pasay City. “This was not my personal decision.”

He said it was possible to give up his slot for Davao City Mayor and presidential daughter Sara Duterte-Carpio via substitution, but she would have to join the party.

“I don’t know how we will do it if that will happen,” the senator, a former police chief who enforced President Rodrigo R Duterte’s drug war said in mixed English and Filipino.

Ms. Carpio, who filed for reelection as Davao City mayor, is not from PDP-Laban. Substitution is open until Nov. 15, but is exclusive to candidates under the same political party.

Her father last week said she would run for President in tandem with Mr. Go, the president’s former aide. — Alyssa Nicole O. Tan

Pacquiao not open to tandem with Marcos