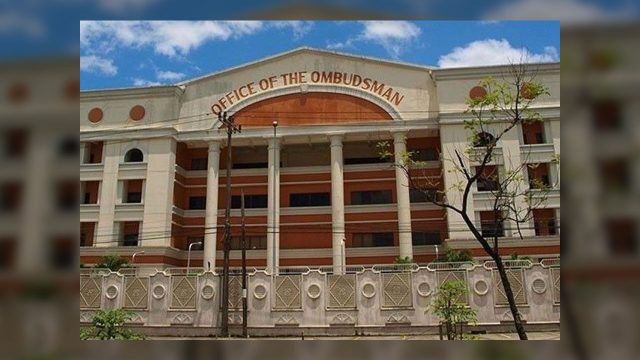 THE OFFICE of the Ombudsman is adjusting its organizational structure after the findings of the Commission on Audit in 2019 that 64% of the office’s employees are occupying high level positions.

Ombudsman Samuel R. Martires, speaking before the House Committee on Appropriations Thursday for their proposed 2022 budget, said they are also working on having more investigators and lawyers to expedite cases.

Mr. Martires said their original proposed allocation for next year was slashed by over P700 million.

The executive department proposed a P3.97-billion spending plan for the Office of the Ombudsman for next year, 14.4% lower than this year’s P4.56 billion. The office originally proposed a P4.731-billion 2022 budget to the Department of Budget and Management (DBM).

Several lawmakers, including Cagayan de Oro Rep. Rufus B. Rodriguez, recommended to restore the slashed budget, noting that the office’s reduced allocation would violate Republic Act 6770 or the Ombudsman Act of 1989.

According to Section 38 of the law, the appropriations for Office of the Ombudsman cannot be reduced below the amount allotted in the previous year.

Mr. Martires said he was willing to accept the reduced budget if “there is a need to augment the budget of other agencies who are fighting (the) pandemic,” noting that their investigations were significantly affected by the coronavirus crisis.

SALN
During the House hearing, Mr. Martires also suggested an amendment to Republic Act 6713 or the Code of Conduct and Ethical Standards for Public Officials and Employees, which would provide a jail sentence of five years to anyone who makes a comment on a government official’s statements of net worth.

“Isn’t it dangerous to penalize our countrymen if they raise questions, because freedom of expression is guaranteed by the Constitution,” he said in Filipino.

Mr. Martires also said he would “not yield to any public opinion” on Ombudsman Memorandum Circular No. 1 which restricts public access on Statements of Assets, Liabilities and Net Worth (SALN) of government officials.

The circular, which he signed, would grant the release of SALNs only if the requester is an authorized representative of the declarant or if the request is either upon a lawful order of the court or for the purpose of a fact-finding investigation by the Ombudsman.

DOJ-COA-OMBUDSMAN DEAL
Meanwhile, the Ombudsman has signed an agreement with the Department of Justice (DoJ) and the Commission on Audit (CoA) for the deployment of prosecutors and auditors as resident ombudsmen in corruption-prone agencies.

The Justice department has yet to release a copy of the signed agreement after “finalizing some formalities,” said DoJ Assistant Secretary Neal Vincent M. Bainto in a Viber message to reporters.

With the recent controversial audit reports of the CoA on the use of various government agencies of pandemic funds, Justice Secretary Menardo I. Guevarra said in a private mobile message to BusinessWorld on Aug. 29 that “the CoA annual audit reports will indeed provide a good starting point” for the resident ombudsmen.

However, during the House of Representative’s budget hearing for the DoJ on Thursday, Mr. Guevarra said the department is monitoring the congressional probes into the questioned funds before launching its own investigations.

“If we find the need for our department to act on the matter, then it is not the DoJ but the NBI (National Bureau of Investigation) that may conduct an investigation,” Mr. Guevarra said in Filipino.

The DoJ has proposed a P24.8-billion budget for 2022. Of this amount, P7.5 billion will be allotted to the department’s Office of the Secretary, P7.5 billion for legal services, P6.3 billion for its corrections services, and P3.6 billion for law enforcement services. — Russell Louis C. Ku and Bianca Angelica D. Añago