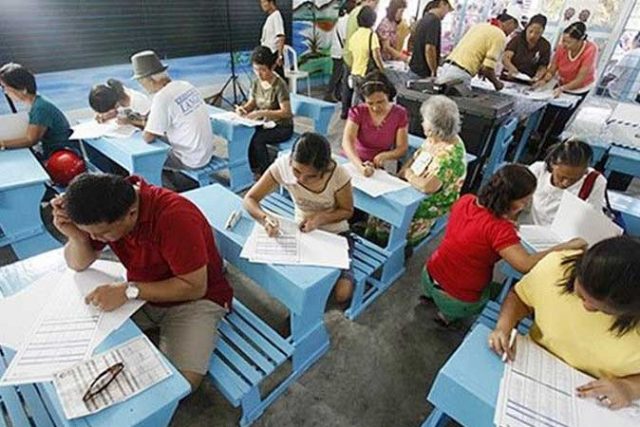 PHILIPPINE political parties would probably start breaking up as the campaign season for next year’s elections near, as members end up vying for the presidential and vice-presidential posts, analysts said.

“The main expectation is that the resources — both material and symbolic — of the party will be divided among the candidates,” Gino Antonio P. Trinidad a political science professor at the Ateneo de Manila University, said in an e-mail.

“What effectively unites party members is not the ideology supposedly being espoused by the political party, but the persons involved and the resources they have with them” he said. “Turncoatism is rife precisely because of how Philippine political parties are constituted.”

Several bills preventing turncoats — people who desert their party or cause to join an opposing one and who have been blamed for distorting Philippine politics — have been filed in both Houses of Congress, but have not progressed.

Efforts to veer away from traditional politics and reform the country’s political system have failed, and critics say the 2022 elections would probably become another popularity contest.

Senate President Vicente C. Sotto III and Senator Sherwin T. Gatchalian, who are both from the Nacionalista Party, have said they might run for vice-president in the 2022 elections.

The boxing champ was later replaced as party president by Energy Secretary Alfonso G. Cusi, who led the support for the mayor, during a national assembly that Mr. Pacquiao said was unauthorized.

“Turncoatism always happens during Philippine elections because politicians are more concerned about their interests than their parties as a whole,” Benjamin Roberto G. Barretto a political science professor at the Ateneo, said in an e-mail.

“Party members who lost in the nomination process but want to pursue their candidacies can run as independent candidates or transfer to another party,” he said.

He noted that if two factions within a party submit different sets of candidates to the Commission on Elections (Comelec), the body would have to call a hearing and rule on who between the two is the party’s legitimate representative.

“I do not think that Senator Pacquiao was, or would be completely booted out of PDP-Laban,” Mr. Trinidad said “It would be detrimental to the party to boot out a political figure with such hold on a large swathe of the masses. On the other hand, I also do not think Senator Pacquiao would easily be swayed to give up his presidential aspirations.”

Mr. Trinidad noted that with physical mass rallies and gatherings out of the picture amid a coronavirus pandemic, the main campaign battleground would be on social media, especially Facebook and Twitter.

Mr. Magno said candidates should watch out for “the circulation of disinformation strategies, fake news and bashing from electronic trolls as these have become part of the electoral campaign architecture worldwide.”