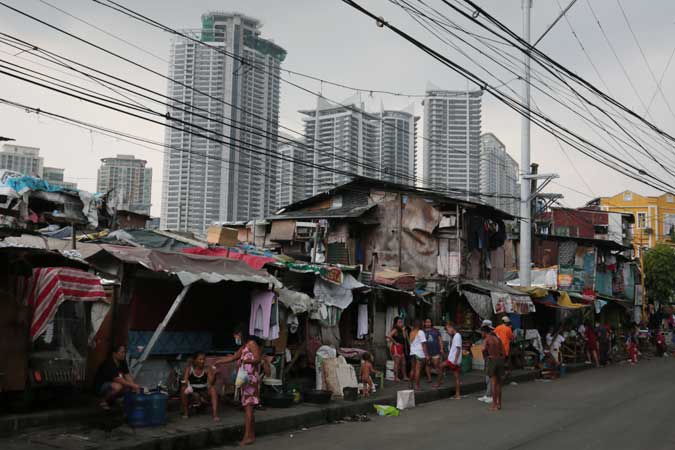 THE GOVERNMENT will soon start vaccinating poor Filipinos against the coronavirus depending on available supplies, health authorities said on Monday.

Health Undersecretary Maria Rosario S. Vergeire said the World Health Organization had also allowed the use of vaccines obtained under a global initiative for equal access for the country’s poor population.

“This will be allowed depending on the supply,” she told an online news briefing in mixed English and Filipino.

Under the guidelines, local government units will coordinate with the Department of Social Welfare and Development for the list of poor Filipinos.

Additional poor populations identified and validated by local governments will be eligible for vaccination.

About 6.8 million coronavirus vaccines had been given out as of June 13, according to the presidential palace.

Of the total, more than five million were first doses, while the rest were second doses, presidential spokesman Herminio “Harry” L. Roque, Jr. told a televised news briefing on Monday.

About 412,246 seriously ill people and 7,020 essential workers had also completed their coronavirus shots.

The government last week took delivery of about 100,000 doses of Sputnik V shots from Russia and about 2.2 million doses of the vaccine made by Pfizer, Inc.

The senator said many returning migrants and foreign investors were reluctant to come here because of tight protocols. Returning overseas Filipino workers (OFW) might be required to be tested and then stay at home for 10 days, he said.

“Most of the time, OFWs return to the country because of an emergency. But if you are an OFW and you are required to be quarantined for 10 days, how many days of your leave will go to waste? I don’t think that makes sense,” he told the ABS-CBN News Channel.

“Our tourism sector and investment will suffer,” Mr. Lacson said. “If a potential investor who would like to come here learns of the requirements that include a swab test and staying at a quarantine facility not of his or her choice, would he or she still come?”

He asked an inter-agency task force to fine-tune protocols and ensure that these are in sync with other countries.

US would probably continue to check China, analysts say

Sabah not part of agenda in Duterte’s talks with Mahathir