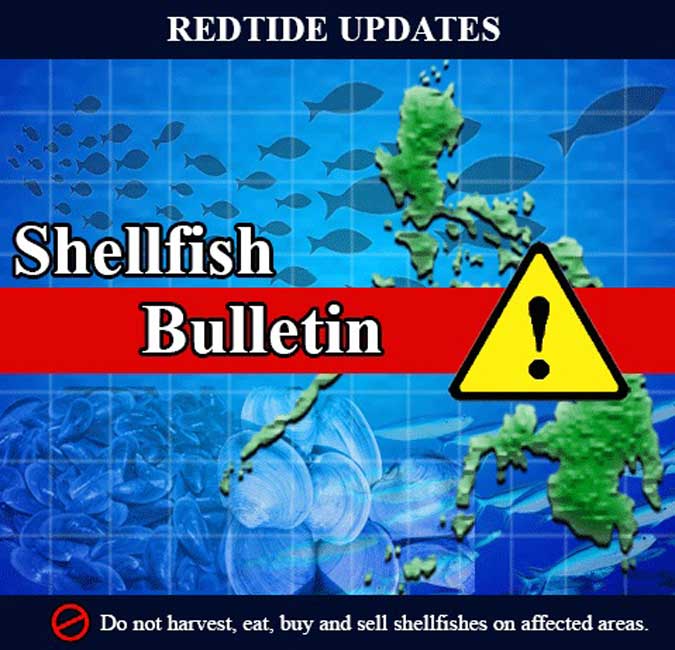 All types of shellfish and Acetes sp. or alamang harvested in red tide areas are unsafe for human consumption. However, other marine species from the contaminated waters can still be eaten with proper handling.

The occurrence of red tide is due to high concentrations of algae in the water. Human consumption of contaminated shellfish may result in paralytic shellfish poisoning, which affects the nervous system.

Crisis warned as Marcos told to comment on suit