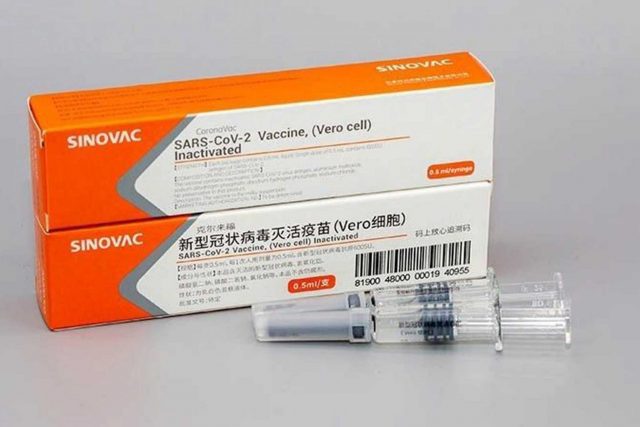 THE PHILIPPINES took delivery of about 500,000 more doses of CoronaVac made by China’s Sinovac Biotech Ltd. on Thursday, according to the Presidential Palace.

Mr. Galvez said the shipment of about 15,000 doses of Sputnik V developed by Russia’s Gamaleya Research Institute of Epidemiology and Microbiology, which was supposed to be delivered on Wednesday, is expected to arrive on May 1.

About 11 million Filipinos have been tested for the coronavirus as of April 27, according to DoH’s tracker website.

The coronavirus has sickened about 150.3 million and killed 3.2 million people worldwide, according to the Worldometers website, citing various sources including data from the World Health Organization.

About 127.8 million people have recovered, it said.

Mr. Galvez said the government expects to take delivery of as many as 10 million coronavirus vaccines starting June.

About 2.3 million doses of the vaccine developed by Pfizer, Inc. will arrive not later than June. Mr. Galvez said the shipment already includes the 117,000 doses of Pfizer vials that were supposed to arrive in February.

About 94,000 doses of the vaccine developed by Moderna, Inc. and two million doses of Sputnik V are also expected to arrive in June.

At least 1.3 million doses of the vaccine developed by AstraZeneca, Plc, which were paid for by the private sector, will arrive in the second half.

The Philippines aims to vaccinate 70 million Filipinos this year, but as of April 27, only about 1.8 million doses have been given out. Mr. Galvez said the government expects to vaccine 500,000 Filipinos daily in the third quarter.

Meanwhile, Trade Secretary Ramon M. Lopez told Radyo 5 he was recommending the reopening of some salon and barbershop operations in areas under a modified enhanced community quarantine (MECQ) to fast-track job recovery.

The government has extended the modified strict lockdown in Metro Manila and nearby provinces until May 14.

TESDA to survey companies on response to greater automation