Fire bureau gets P55M in supplies from US gov’t; EU gives P10M aid to justice sector

THE United States government donated P54.8 million worth of supplies to the Bureau of Fire’s (BFP) Special Response Units, among the agencies conducting decontamination and response activities for the coronavirus outbreak. The US Embassy, in a statement, said the grant was made through the Defense Threat Reduction Agency, which has been assisting the BFP as the Philippines’ Chemical, Biological, Radiological, and Nuclear response agency. The European Union (EU), meanwhile, has allocated a P10 million financial support from the Governance in Justice Programme in support of agencies under the justice sector. The amount includes the P3 million worth of multi-media tablets and personal protective equipment turned over to the Bureau of Jail Management and Penology, said Thomas Wiersing, Chargé d’Affaires a.i. of the European Union Delegation to the Philippines. The tablets are used for the virtual visitation program in jails as well as help in pilot-testing the use of video teleconferencing for court proceedings. — Vann Marlo M. Villegas

A P15-million fund has been allocated for the development of a second facility for testing the coronavirus disease 2019 (COVID-19) in the Bangsamoro region, Health Minister Saffrullah M. Dipatuan announced Friday. “We are strengthening the establishment of more subnational Covid-19 testing facilities in different regional provinces in BARMM (Bangsamoro Autonomous Region in Muslim Mindanao). Next in line is the Amai Pakpak Provincial Hospital of Marawi City, wherein Chief Minister Ahod Balawag Ebrahim has directed to allocate a sum of P15 million for testing lab construction,” he said. He added that the BARMM overnment aims to establish testing facilities in each of the island provinces of Sulu, Basilan and Tawi-Tawi. Samples from these areas are currently brought to Zamboanga City, the nearest mainland city which already has two accredited testing facilities. Mr. Dipatuan also announced that construction has started for a new 100-bed isolation facility at the Datu Blah Sinsuat District Hospital in North Upi, Maguindanao. The region currently has 138 isolation facilities across its five provinces, with a total 4,360-bed capacity. As of June 7, BARMM has recorded 28 COVID-19 patients, with eight recoveries and four deaths. 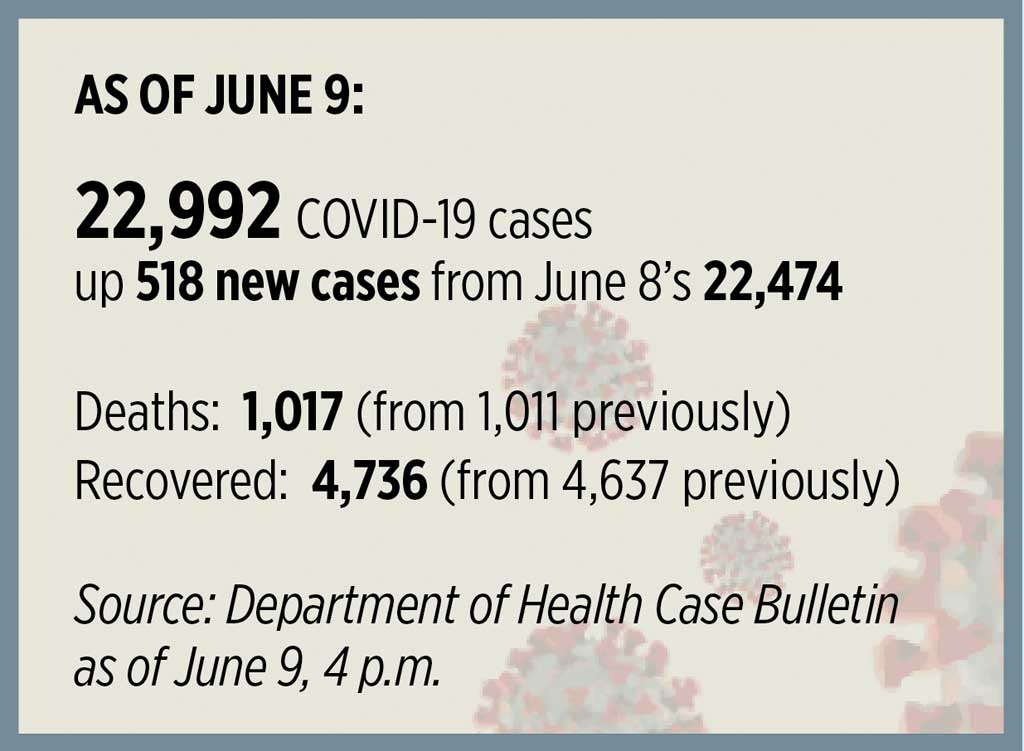 Mindanao gets $4-million grant from US

Charges vs Jolo bombing suspects up for resolution