Home Editors' Picks Microsoft says its own metaverse is coming, and it will have PowerPoint 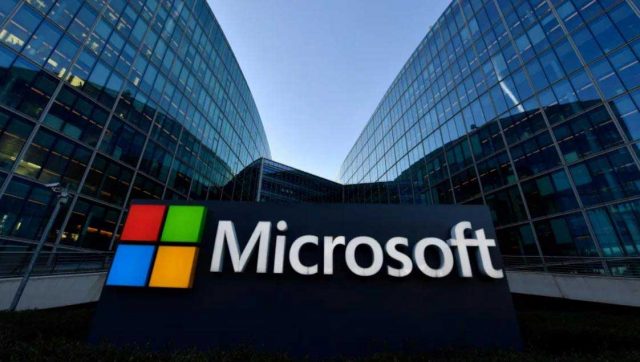 IF YOU’RE WORRIED the metaverse will be all fun and games, fear not: Microsoft Corp. is taking its own stab at the idea, and it will have PowerPoint and Excel.

The company is adapting its signature software products to create a more corporate version of the metaverse — a concept promoted by Facebook co-founder Mark Zuckerberg that promises to let users live, work and play within interconnected virtual worlds.

The first offering, a version of Microsoft’s Teams chat and conferencing program that features digital avatars, is in testing now and will be available in the first half of 2022. Customers will be able to share Office files and features, like PowerPoint decks, in the virtual world.

“This pandemic has made the commercial use cases much more mainstream, even though sometimes the consumer stuff feels like science fiction,” Microsoft Chief Executive Officer Satya Nadella said in an interview on Bloomberg Television. Mr. Nadella himself has used the technology to visit a coronavirus disease 2019 (COVID-19) ward in a UK hospital, a Toyota manufacturing plant and even the International Space Station, he said.

The new Teams features, unveiled on Tuesday at the company’s Ignite conference, will let businesses create immersive spaces where workers can meet. The technology uses Microsoft software announced earlier this year called Mesh that enables augmented reality and virtual reality experiences across a variety of goggles, including Microsoft’s own HoloLens. Customers who lack a device capable of displaying 3D images can experience the content and avatars in 2D.

The public perception of the metaverse — as a futuristic world where plugged-in people recreate their whole lives online — is still a ways off. But the business uses are starting to be available now, Mr. Nadella said.

Accenture used Microsoft software to create a “digital twin” of its headquarters in order to run orientations for new employees during the pandemic. The consulting firm has run more than 100 such events, reaching more than 10,000 employees, said Microsoft Vice-President Jared Spataro.

Anheuser-Busch InBev created copies of its brewing operations and supply chain that are synchronized with the actual facilities and based on up-to-date information. The system lets brewers adjust to changing conditions and helps operators keep the packaging machines up and running. Microsoft wants to sell more cloud software that lets customers ranging from retailers to manufacturers do this.

“You could, for instance, experience a Best Buy store in the metaverse” and check out displays and devices, Mr. Spataro said. “Today when you think of a website, it is not very well connected to the physicality of what we experience.”

To that end, Microsoft also unveiled a product called Dynamics 365 Connected Spaces on Tuesday. It will let people move and interact within retail and factory spaces.

While Microsoft is leading with corporate applications for the metaverse, expect its Xbox gaming platform to take part in the future, Mr. Nadella said.

“You can absolutely expect us to do things in gaming,” he said “If you take Halo as a game, it is a metaverse. Minecraft is a metaverse, and so is Flight Sim. In some sense, they are 2D today, but the question is, can you now take that to a full 3D world, and so we absolutely plan to do so.”

Microsoft’s metaverse apps will work with the Oculus googles made by Meta Platforms, Inc., formerly Facebook. But it’s not yet clear how various companies’ visions of the metaverse will be able to connect. If, say, Nadella and Zuckerberg wanted to meet up in the metaverse, would they have to choose either Microsoft’s Teams or Meta’s Horizon Workroom?

Microsoft is focused on practical applications of the metaverse — ones where the benefits are clear, Mr. Nadella said. And that will help get people get accustomed to an idea that some critics call creepy.

At the Ignite conference, Microsoft also announced: Azure OpenAI, a cloud-based service that lets customers — by invitation only for now — use the system’s powerful artificial intelligence models; new Teams features for working and chatting with users and groups outside a particular corporate network; and Loop, a new application that operates across different programs to collect files, links and data from other apps into a single workspace. — Bloomberg