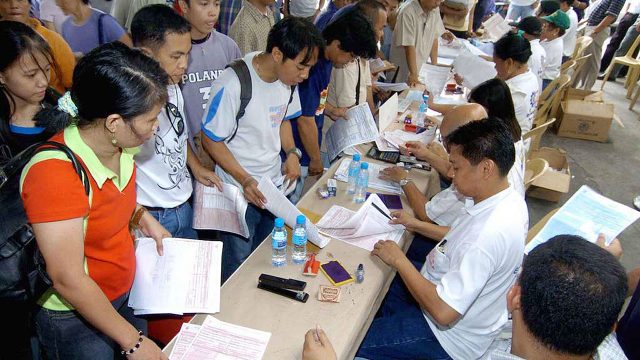 THE SHARE of tax collections in the country’s economic output improved to 14.74% in the first half but still below the pre-crisis level, the Department of Finance (DoF) said on Sunday.

In its latest economic bulletin, the DoF said the first semester tax effort, which is the share of tax collections to gross domestic product (GDP), went up by half of a percentage point from 14.19% in the first half of 2020.

However, this is still lower than the pre-pandemic level of 14.86% in the first semester of 2019.

“Tax collections improved partly due to tax reforms which include legislative measures and digitalization of revenue collections’ operations,” the agency said.

The P1.034-trillion taxes collected by the Bureau of Internal Revenue (BIR) between January and June was equivalent to 11.32% of GDP, up from its 11.15% tax effort in the same period last year.

The country’s two main collection offices saw revenues increase from year-ago levels by 8.11% and 11%, respectively, as economic activity picked up.

Other agencies also reported slightly higher tax effort at 0.11% in the first half from 0.1% the year prior.

Despite this, however, the share of overall state revenues to GDP still declined to 16.35% last semester from 16.94% a year ago due to lower non-tax revenues.

Revenues generated via other non-tax sources slid by 38% year on year to P147 billion during the period. This is equivalent to 1.61% of total economic output, down from 2.75% a year ago.

With a higher expenditure effort at 24.41%, the DoF said the government’s budget deficit widened to 7.86% of GDP in the first half from 6.53% in the same six-month period last year.

Economic managers capped the fiscal deficit at 9.3% of GDP by year’s end.

The DoF said the country should continue adopting fiscal reforms to sustain the upward trend of its tax effort, especially the remaining tax bills pending in Congress such as the proposed Real Property Valuation and Assessment Reform Act and the Passive Income and Financial Intermediary Taxation Act.

“Due to fiscal reforms, the country was able to fund the unprecedented fiscal requirements imposed by the pandemic and, at the same time, protect its strong macroeconomic fundamentals,” it added. — Beatrice M. Laforga

Capital flows to Philippines seen to recover by 2021