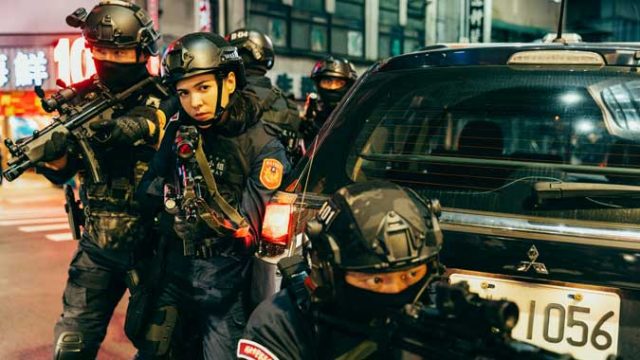 A DETECTIVE, a rookie policeman, and a politician are caught up in a series of crimes in the new HBO Asia Original Taiwan series, Trinity of Shadow, now showing on HBO GO.

Directed by Bo-Hao Hong, the 15-episode series follows a murder investigation that leads detective Tze-Wei, an up-and-coming public official Chi-Hsiao, and rookie policeman Chia-Hao into the dark labyrinth of a power play. As the trio close in on the truth, they are inextricably intertwined and forced to confront their demons, linked to a cold case from three years ago.

During an online press launch with media from Southeast Asia on June 10, Sandrine Pinna, who plays the lead detective Tze-Wei, said that the events snowball from the different choices of the characters in the show.

“When the audience watches the show, they can make their own choices. Their choices might be different from the characters, so there’s room for discussion,” Ms. Pinna said in Mandarin.

“And it also touches on topics like good and evil, and the relationship between the victim and the perpetrator,” she added.

Kaiser Chuang, who plays the public official Chi-Hsiao, said the show presents the audience with questions.

“There is a saying that ‘seeing is believing.’ Is it true? Maybe different people have different versions of the truth? What is more important could be what you believe in and can help you go on,” Mr. Chuang said in Mandarin, speaking through an English translator.

Mr. Chuang added that the storyline is realistic as it also takes elements of governance in Taiwan, and how some elements may apply to other Southeast Asian countries.

Trinity of Shadows premieres two new episodes every Sunday on HBO GO. The app is available on the App Store or Play Store.  HBO GO is also accessible via Cignal, Globe and SkyCable or at https://www.hbogoasia.com/. — Michelle Anne P. Soliman