In spite of the big impact the coronavirus disease 2019 (COVID-19) pandemic had on the economy, the development of Suntrust Properties in Tanza, Cavite continues to serve as a vehicle of economic growth, constantly meeting the needs of its locators and sustaining its workforce.

Suntrust Ecotown Tanza (SET) is the first foray of holding company Alliance Global Group, Inc. (AGI) and parent company Megaworld in industrial park development.  The biggest component of the township will be the industrial park, while the rest will be devoted to residential, commercial, office, entertainment and institutional components including government offices, school and hospital, among others. 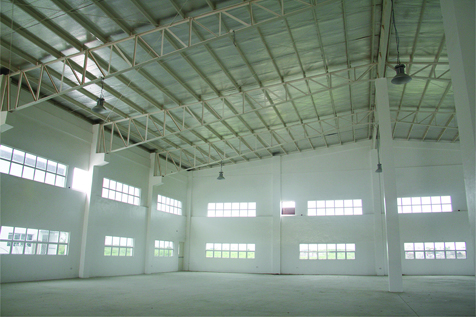 It was launched in 2014 as a way of actively helping the government in nation-building, specifically in terms of generating around 120,000 direct jobs and 600,000 indirect jobs. The industrial project is registered under Philippine Economic Zone Authority (PEZA), offering fiscal and non-fiscal incentives while ensuring both foreign and local investors the “ease of doing business” as they invest here in the Philippines.

Strategically located right at the heart of the town of Tanza, SET takes full advantage of its location due to its close proximity to the Export Processing Zone in the neighboring town of Rosario, as well as major airports, seaports, and business districts in Manila.

The industrial hub is also at a place where various infrastructure projects have been thriving, creating more advantage to Suntrust’s booming development. These projects include the Cavite Gateway Terminal, a barge port just seven kilometers away from SET; LRT Line 1 Extension; Cavite-Laguna Expressway (CALAX); Sangley Point Airport; and the Bataan-Cavite Interlink Bridge.

For such perks, Suntrust Ecotown Tanza is seen to be the biggest investment generator in Cavite, as well as the biggest job generator for the province in the coming years. The first phase of the development measures about 111.4 ha and has 109 industrial lots. At present, this phase is already sold-out, compelling Suntrust to open the second phase of development with a total of 41.51 ha. Currently, a total inventory of 20 ha remains available.

While Suntrust Ecotown Tanza has experienced a slowdown in terms of site development amid the COVID-19 crisis, its full service to operating locators and contractors never ceased during the lockdown period. 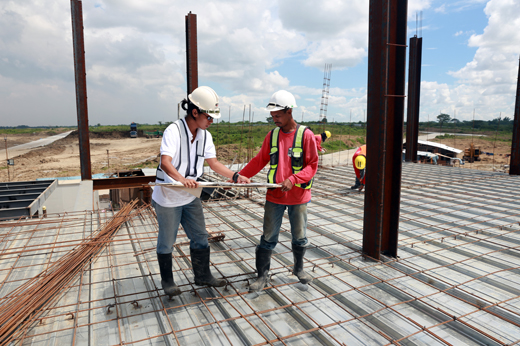 As the industrial park retains the jobs of its workforce during these trying times, security personnel, site maintenance, site engineers, and estate admin personnel gave their full time and dedication to retain smooth operations inside the park and to ensure all concerns of all its locators and contractors are immediately addressed.

As the economy gradually proceeds into the ‘new normal’, Suntrust Ecotown Tanza is now back to business and on the upswing in terms of construction and land development, focusing further on the expansion area.

Moreover, Suntrust Ecotown Tanza, its operating companies, and its contractors have cooperatively assumed initiative and full responsibility in curbing the spread of COVID-19 through strict and proper implementation of health and safety protocols such as social distancing and wearing face shield/mask, to name a few.

Safety officers are also assigned to ensure strict compliance of health and safety protocols and to closely monitor health conditions of employees. The industrial hub, as well as each company there, have allocated areas as testing and isolation facilities.

All these measures are diligently implemented by Suntrust Ecotown Tanza to safeguard the health of all the employees, other personnel, and guests, as well as to keep the economic zone COVID-free.

A place for well-balanced lifestyles

Aside from being an economic driver, Suntrust Ecotown Tanza is a sustainable township development that aims to serve as a live-work-play-learn community, as envisioned by AGI Chairman Dr. Andrew L. Tan.

From the name itself, Suntrust Ecotown Tanza has ecology-friendly-themed features that make it a fitting place for living a well-balanced lifestyle. To lessen carbon footprint within the premises, the industrial park only requires its operating companies to use electronic or Euro-4 compliant vehicles as a shuttle service to its employees. To maintain a lush of green spaces around the area, tree planting activities have been organized by the park.

Furthermore, the ecozone has a centralized Sewage Treatment Plant (STP) built for wastewater treatment. It intends to recycle water for irrigation, and it complies with Department of Environment and Natural Resources’ standards for environment-friendly water discharge.

Other amenities in SET would include 24/7 security, PEZA and Customs office, shuttle terminal, fire station, materials recovery facility, driving range and mini-golf, badminton and basketball courts, park, hotel, and chapel, among others.