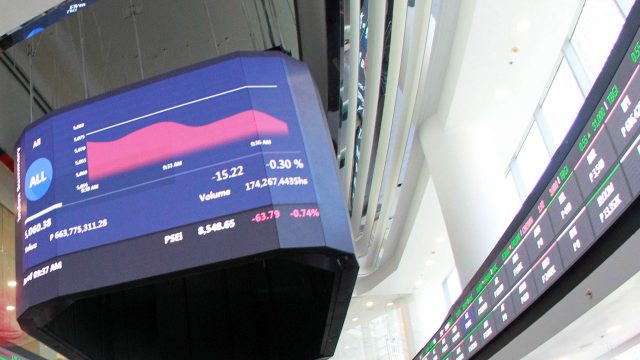 STOCKS dropped on Monday amid rising oil prices, which could cause inflation to spike further and cause the US Federal Reserve and the Bangko Sentral ng Pilipinas (BSP) to hike rates further.

“Philippine shares started the week slipping into the red as investors continued to bet that the Federal Reserve will tighten monetary policy aggressively to combat surging inflation,” Regina Capital Development Corp. Head of Sales Luis A. Limlingan said in a Viber message.

“The local market edged lower this Monday amid the surge in global oil prices and the weakening of the local currency, both of which are seen to pose inflationary risks to our economy,” Philstocks Financial, Inc. Senior Research Analyst Japhet Louis O. Tantiangco said in a Viber message.

Oil prices firmed up after Saudi Arabia raised prices sharply for its crude sales in July, an indicator of how tight supply is even after the Organization of the Petroleum Exporting Countries and other major oil producers or OPEC+ agreed to accelerate output increases over the next two months, Reuters reported.

The US consumer price index  (CPI) for the 12 months through April rose by 8.3%, down from an 8.5% annual rate reported in the prior month. Friday’s inflation report for May is one of the last key pieces of data before the Fed’s June 14-15 meeting, at which the central bank is widely expected to raise rates by another 50 basis points.

In the Philippines, the BSP and analysts expect May headline inflation to have breached 5% amid higher fuel and food prices.

A BusinessWorld poll of 16 analysts held last week yielded a median estimate of 5.4% for May inflation, matching the midpoint of the BSP’s 5% to 5.8% estimate and going beyond the 2-4% goal.

The Philippine Statistics Authority will release the May CPI report on Tuesday, June 7.

Stocks up on hopes of eased restrictions in NCR