THE GOLDEN AGE of the spy thriller ended with the Cold War. But of late, news reports have provided enough material for a silver age to start — if authors take heed. 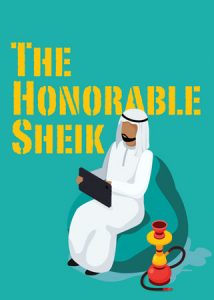 The last time a spy thriller topped the list of a year’s bestselling novels in the US, compiled by Publisher’s Weekly, was in 1988 or 1989 — depending on whether one counts the latter year’s Clear and Present Danger by Tom Clancy as an espionage novel or a political one. (In 1988, another Clancy book, The Cardinal of the Kremlin, unmistakably a spy novel, was number one.) John Le Carre, who had his first book on top of the list in 1964 (The Spy Who Came in from the Cold) and was in the Top 10 a total of nine times, had his last big hit in 1989, too, with The Russia House, although he has continued to publish regularly. That year, glasnost reigned in Mikhail Gorbachev’s moribund Soviet Union and the Berlin wall came down. In November, 1989, the New York Times book critic Walter Goodman wrote — prophetically, as it turned out — about the future of spy fiction:

With ideological walls tumbling and affinities popping up, lesser practitioners find themselves in straits whose direness matches those of their heroes. An Ian Fleming might bring into play some space-age Mafia out to extort billions from both Washington and Moscow, but his books were always kid stuff. Will [Len] Deighton resort to having his creations take on Colonel Muammar Qaddafi of Libya or General Manuel Antonio Noriega of Panama, at the risk of provoking a PEN resolution against picking on little guys? And will [Le Carre’s] next plot find hardliners in the Pentagon and the Kremlin united against the Greens? Until new threats present themselves, addicts of the spy stuff may find themselves out in the cold.

All these tacks, and countless variations, have been tried, and some novels have sold well. But it’s a sign of the genre’s decline that the current Top 10 of espionage bestsellers on Amazon.com includes — in the third spot, no less — Le Carre’s The Honorable Schoolboy, originally published in 1977. The post-Cold War offerings in the genre, or at least those of them that didn’t take the reader back to the World War II and its long aftermath, suffered from a critical flaw: The absence of an underlying clash of civilizations and value systems. Not even the post-9/11 war on terror provided that missing element.

In 2011, the website Salon.com collected the views of spy-novel writers and qualified readers on the genre’s post-Cold War development. Amid practitioners’ comments to the effect that spy fiction is alive and well regardless of who the adversaries of intelligence services are, the words of Tom Nichols, a professor of national security affairs at the US Naval War College, stood out. “Without the Soviet Union (or Nazi Germany before it) and the struggle with a titanic power, there’s really not much to the genre,” he said. “The kind of novel where the world itself hangs in the balance, where moral choices are stark because they are moral choices — that’s gone now.” 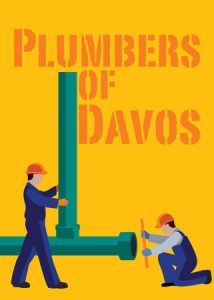 Without such a grand conflict, according to Nichols, spy fiction became cynical, painting all governments with the same critical brush. “Most importantly, the bad guys — usually greedy businessmen or terrorists — are now uninteresting,” Nichols said. “Terrorists are especially uninteresting, because for a spy novel to work, the agent needs a worthy adversary” — and terrorists are essentially just a bunch of petty criminals trying on a bigger hat that doesn’t fit them.

In short, Western spy fiction needs state actors with strong non-Western or, better, anti-Western values to become exciting again. In real life, these state actors are back, and there’s a greater variety of them than during the Cold War.

First, there’s Russia, of course. Highly professional Russian spies, reminiscent of the Cold War crop, operate in Le Carre’s latest offering, last year’s Agent Running in the Field. But the doyen of the genre is behind the curve: Today’s Russian spy thriller should, by rights, be a black comedy featuring the ham-handed operatives of the Russian military intelligence, formerly known as the GRU.

The latest story providing fuel for this treatment features the two Russian “plumbers” with diplomatic passports discovered by the Swiss intelligence in Davos, Switzerland, apparently trying to install surveillance equipment to spy on the world leaders and billionaires who arrive there every year for the World Economic Forum. Earlier installments include the failed assassinations of three Bulgarian arms-making executives; the bungled poisoning of former double agent Sergei Skripal in Salisbury, England, by two thugs who claimed to have come to look at the spire of the local cathedral; and an amateurish coup attempt in Montenegro in 2016. 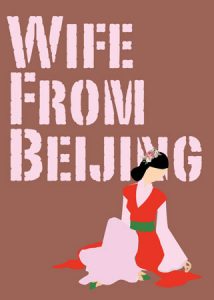 Then, for authors still looking for sophistication in spying, there’s China, trying to make inroads into the European Union, a more welcoming playground for its state-owned businesses than the US. This month, the scandal making headlines in Brussels and Berlin involved a top former EU diplomat — named in a Politico story on Thursday — who is married to a Chinese woman and who reportedly spied for China while maintaining a network of high-powered friends. The ex-diplomat, lately employed by a lobbying firm, denies the accusations.

In all three cases, stark moral choices and values clashes are evident. In all three, the West’s adversaries are foreign powers, not mere lone wolves or terrorist groups. The conflicts are quintessentially modern: Law-governed states vs. authoritarian ones; free enterprise vs. state capitalism; moxie vs. mass surveillance. In an increasingly transactional, leaderless world, it’s every country for itself — and that’s potentially more interesting than the duality of Cold War. It’s not about “picking on little guys,” but rather a free-for-all that has come to involve smaller countries in more terrifying, and intriguing, ways than before.

This is heady stuff just waiting for the literary equals of Le Carre or plot-moving geniuses of Clancy’s stature to turn into fiction. There are certainly lots of former spies around, bitterly disappointed by “deep state” narratives that devalue their work, who could try their hand at modernizing the espionage thriller. As an “addict of the spy stuff,” to use Goodman’s description, perhaps there’s hope for me again.

(This is my last column for Bloomberg Opinion. I’m moving to the news automation team at Bloomberg News to try my hand at teaching machines to help organize data into stories; I’m pretty sure they won’t be writing columns anytime soon, though, so please keep reading my wonderful colleagues.)

PHL needs to grow by 10% in next three quarters to hit target, NEDA says

2018: The year of the woeful world leader