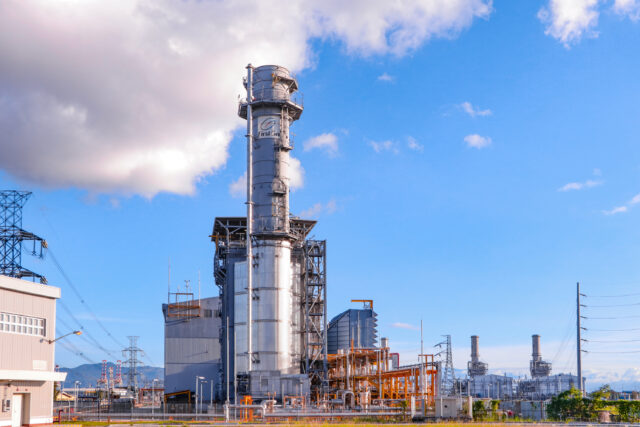 Reducing greenhouse gas (GHG) emissions is more crucial than ever. The United Nations Intergovernmental Panel on Climate Change’s (IPCC) latest report noted that average annual global GHG emissions in 2010-2019 were at their highest level in human history, yet the rate of growth has slowed. The IPCC said, “without immediate and deep emissions reductions across all sectors, limiting global warming to 1.5°C is beyond reach.”

Carbon dioxide (CO2) emissions are a significant GHG in the atmosphere, accounting for around 74% of the emissions, according to a data from Climate Watch. In 2021, from a report by the International Energy Agency (IEA), the global energy-related carbon emissions reached their highest level with 36.3 gigatonnes (Gt). And over 40% of the overall global carbon emissions growth that year was from coal, with its emissions also rising to an all-time high of 15.3 Gt.

Greater carbon emissions amassing and blanketing the planet lead to global warming and climate change. The Philippines is highly vulnerable to climate change. In the Climate Change Physical Risk Exposure Heatmap Rankings released by Fitch Ratings last year, the country ranked 4th in terms of risks from floods and storms.

Preventing the worst impacts of climate change would require emissions to be reduced — nearly half by 2030 and reach net zero by 2050. Hence, this would need a cut in coal usage and instead go for cleaner alternatives, particularly renewables.

Renewable energy sources, such as the sun, wind, water, and geothermal heat, are replenished continually and release little to no GHG emissions. This shows their impact on reducing carbon emissions and addressing climate change.

But the transition to 100% renewable energy, while significant, is not easy to attain.

“Natural gas acts as a bridge or transition fuel. Going 100% renewable can take time, so we make use of natural gas in the meantime given that it is reliable, flexible, and is the cleanest fossil fuel,” First Gen Vice President Julicer Alvis said.

The carbon emissions of coal plants are about 2.5 times that of combined cycle gas plants on a per ton/MWh basis. Natural gas also does not leave behind by-products such as ash, sludge, and other particulate matter that could be dangerous to people’s health and the environment.

When the sunlight or wind is not enough to produce solar and wind energy, natural gas plants can help and provide power in as fast as 15 minutes.

“It only takes minutes for a natural gas plant to start up, making it flexible enough to adjust to shifting power demands. Using natural gas with renewable energy, like solar, is the cleaner, better combination. When there is not enough sunlight, flexible gas plants can provide the supplemental power quickly, helping keep the lights on,” Mr. Alvis explained.

Natural gas would also continue to play a vital role in the shift to a decarbonized world for some time. According to Mr. Alvis, “Natural gas-fired plants will enhance energy security and resilience, and support the development of more variable renewable sources such as wind, solar, and hydro, in combination with storage.”

First Gen paved the way for the birth of the natural gas industry in the Philippines and is a leader in clean and renewable energy. It has four natural gas-fired power plants, which include the 1000-MW Santa Rita, the 500-MW San Lorenzo, the 97-MW Avion, and the 420-MW San Gabriel power plants.

The company is pioneering the development of a liquefied natural gas (LNG) terminal to introduce LNG to the country.

LNG would enable the company’s existing natural gas-fired plants to continue operating by initially supplementing and eventually even replacing the decreasing indigenous Malampaya gas reserves. Furthermore, the LNG terminal could serve as a hub that would support new large- and small-scale LNG opportunities to bring natural gas to different islands across the country.

“First Gen aims to actively pursue new, innovative, economically viable technologies that can further reduce the GHG emissions of natural gas, recognizing that it may otherwise become necessary to phase natural gas use down in line with decarbonization targets,” Mr. Alvis said.

Along with the production of power from natural gas, First Gen Corporation also provides wind, solar, hydro, and geothermal energy through its subsidiaries and several energy facilities located across the Philippines. It has been producing 3,495 megawatts of electricity and providing 19% of the country’s total energy consumption with clean energy as of Dec. 31, 2021, running absolutely on 0% coal power.