KYRIE Irving scored 10 of his 22 points in the fourth quarter as the Brooklyn Nets made his season debut a successful one by overcoming a 19-point deficit for a 129-121 victory over the host Indiana Pacers on Wednesday night.

Irving returned as a part-time player due to being unvaccinated against coronavirus disease 2019 (COVID-19) and the vaccine mandate in New York City, which prevents him from playing in home games. He was dominant in the fourth quarter as the Nets snapped a season-high three-game. 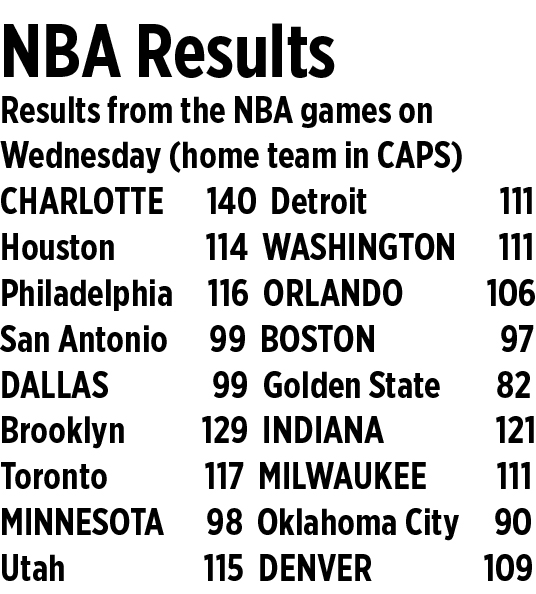 With his father, Drederick, sitting courtside, Irving shot 9 of 17 from the field in 31:59 of play. It was his first action since Game 4 of the Eastern Conference semifinals in Milwaukee when he injured his ankle.

Kevin Durant led the Nets with 39 points, eight rebounds and seven assists as Brooklyn shot 56.3% and made 13 of 19 shots in the fourth. James Harden added 18 while LaMarcus Aldridge chipped in 13 and DeAndre’ Bembry and Nic Claxton contributed 12 apiece as the Nets outscored Indiana 35-20 in the fourth quarter.

The Pacers dropped their sixth straight and blew a double-digit lead to the Nets for the second time this season despite getting big games from Domantas Sabonis and Lance Stephenson.

Sabonis posted a triple-double of 32 points, 12 rebounds and 10 assists. Stephenson scored 30 points — three shy of his career high — with 20 of his points coming in the opening quarter.

Keifer Sykes added 18 and Myles Turner contributed 14 as the Pacers missed 13 of 18 shots in the fourth and took their ninth loss in 11 games.

Stephenson scored Indiana’s last 20 points and ended his impressive opening quarter with a 3-pointer at the buzzer to give the Pacers a 37-32 lead. Sabonis scored 11 points as the Pacers pulled away midway through the second quarter and held a 73-60 lead by half time.

Indiana opened an 81-62 lead less than two minutes into the third and held a 98-81 edge on Duane Washington, Jr.’s 3-pointer with 3:04 left. Brooklyn scored the last eight points of the third and were within 101-94 on Irving’s 21-footer at the buzzer. — Reuters

‘We’ll be back’ — Norman Black

Hidilyn Diaz will make her ‘last lift’ in Paris Olympics

Kiefer Ravena can’t return to PBA in next three years