Home Sports Who won the most medals in Tokyo 2020? It depends…

The Tokyo 2020 Olympic Games saw the United States come out on top of the medal tally, with 113 medals in total. Meanwhile, the Philippines achieved its biggest haul in history, boasting four medals that include the first-ever gold won by Hidilyn F. Diaz, and two silvers and a bronze care of the Philippine boxing team.

However, the countries that topped this year’s chart and made multiple-medal breakthroughs are not necessarily the most efficient at getting Olympic medals.

Ranked according to medals per capita, the United States falls to 59th while San Marino lands in first place. The tiny country inside Italy — population, 34,000 — sent five athletes to Tokyo and clinched three medals.

Bermuda and Grenada — at second and third place, respectively — are small nations that managed one medal each. The Philippines, with more than 109 million people, is in 84th place (translating to one medal per 27,395,269 Filipinos).

Notably, the Netherlands did well in both rankings: it’s in the top 10 in terms of medals per capita and total medals with its 36-medal haul. — Brontë H. Lacsamana 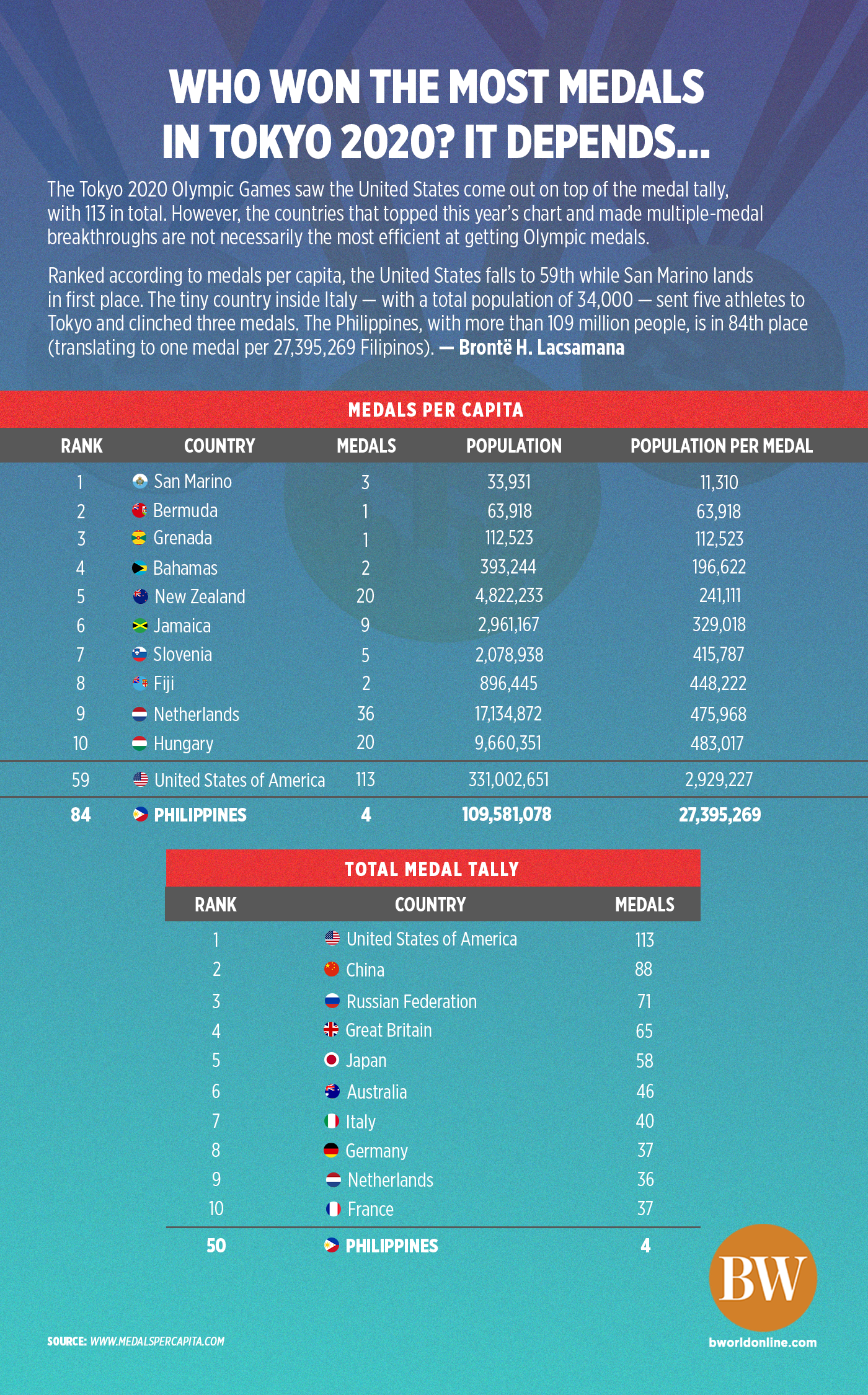 Barcelona frustrated by Rayo on debut of Poland striker

In fast-warming world, Tokyo is barometer for future Olympics