Home Special Features Overcoming the struggles towards a net-zero future 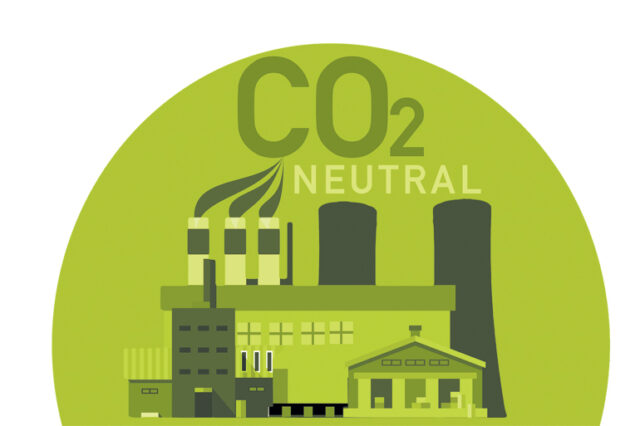 Climate change remains to be the biggest threat to humankind, as 2022 draws to a close, the time we have left to mitigate its worst effects is running out. The weight of the United Nations’ goals of reducing global carbon emissions by 2030 and reach net zero by 2050 as stated in the Paris Agreement grows ever heavier on the global agenda.

According to scientific consensus, in order to avert the worst impacts of climate change and preserve a livable planet, global temperature increase needs to be limited to 1.5°C above pre-industrial levels. Currently, the Earth is already about 1.1°C warmer than it was in the late 1800s, and emissions continue to rise. The Paris Agreement commitments have been made with this in mind.

The Philippines, for its part, has committed to cut greenhouse gas emissions to a 75% reduction by 2030. As a tropical archipelago, the country is set to bear the brunt of the adverse effects of climate change, from the intensified heat waves to the worsening typhoons, making disaster resilience and net zero goals critically integral to its development.

The private sector has stepped up to do their share. Industry giants like Meralco, Nestle, and the SM Group of Companies among many others announcing their sustainability commitments. The Ayala Corporation has committed to achieving net zero greenhouse gases by 2050, in alignment with the goal of mitigating global warming, while energy companies like the First Gen-owned Energy Development Corporation are making remarkable efforts towards making renewable energy readily available for the country’s growing energy needs.

Recently, the Climate Change Commission alongside the Department of Transportation and various transport groups vowed to accelerate the transportation sector’s transition towards low-carbon and sustainable development in pursuit of the country’s net zero commitments.

The pledge included finding and implementing sustainable pathways to limit greenhouse gas emissions from the sector, gathering of relevant transport data, promotion of clean and green technologies, and employing low-carbon strategies, policies, and programs not only to reduce or avoid GHG emissions, but to realize the common vision of sustainable transport, among others.

Furthermore, in a recent meeting with the G20, Finance Secretary Benjamin E. Diokno said that the country under the new Marcos administration is moving to expedite the country’s transition from coal to clean energy.

“We will deal with the impact of climate change while bringing down energy costs through developing clean and RE (renewable energy) sources, such as hydro, geothermal, wind, and solar power,” Mr. Diokno said, emphasizing the need to bring down the country’s dependence on energy imports by developing renewable energy and indigenous sources.

Currently, data showed that only 29% of the country’s current energy mix comes from renewables. The Department of Energy would like to bring it up to 35% by 2030 or to 50% by 2040, as outlined in the Renewable Energy Roadmap.

The Bangko Sentral ng Pilipinas also acknowledged financial stability concerns arising from climate change and other environmental and social risks that could significantly affect the country.

“These risks, such as physical and transition risks, could result in significant societal, economic, and financial risks affecting the banks and stakeholders. Furthermore, the BSP acknowledges the important role of the financial industry in achieving sustainable development in the Philippines. In line with this, the BSP issued the Circular on Sustainable Finance Framework on 29 April 2020,” the central bank wrote in its Sustainable Finance Roadmap.

Yet, with the threat looming ever closer, the question remains: is this enough? In a report last year titled, “Southeast Asia’s Carbon Markets: A Critical Piece of the Climate Puzzle”, global management consultancy Bain & Co. found that while the number of global corporations with net zero goals soared by 200% to over 1,500 companies, of which nearly a quarter are from Asia Pacific, few executives and leaders have set clear plans to deliver on them.

In the case of the Philippines, the country “has set strong emissions targets, but there is a need to put words into action,” Bain & Co.’s Global Sustainability Innovation Center partner and co-director Dale Hardcastle had said.

“While no net zero target is set yet, the Philippines has committed in Nationally Determined Contributions to reduce emissions by 75% below business as usual by 2030 (compatible with two degrees), which is the highest of Southeast Asian countries, but only 2.7% of this is unconditional, one of the lowest in the region,” he said.

Moreover, while the country has commendable support for renewable uptake and energy efficiency with 38% target capacity by 2035, Mr. Hardcastle said “this is still less ambitious than for example Indonesia’s 48% target by 2030.”

Of course, the Philippines is not alone in its shortcomings. The Emissions Gap Report 2021 released by the UN Environment Programme showed that new national climate pledges, combined with other mitigation measures, put the world on track for a global temperature rise of 2.7°C by the end of the century, very far above the 1.5°C goal.

“The clock is ticking loudly,” Inger Andersen, UN Environment Programme executive director, said in the report. “Nations must put in place the policies to meet their new commitments and start implementing them immediately. Then they must zero in on net zero, ensuring these long-term commitments are linked to the nationally determined contributions, and that action is brought forward. It is time to get the policies in place to back the raised ambitions and, again, start implementing them. This cannot happen in five years. Or in three years. This needs to start happening now.” — Bjorn Biel M. Beltran

Guiding the Philippine energy sector into a brighter future

Charting the next path to innovations

MVP at 76: Success shaped by wisdom, passion, and experience

Guiding the Philippine energy sector into a brighter future