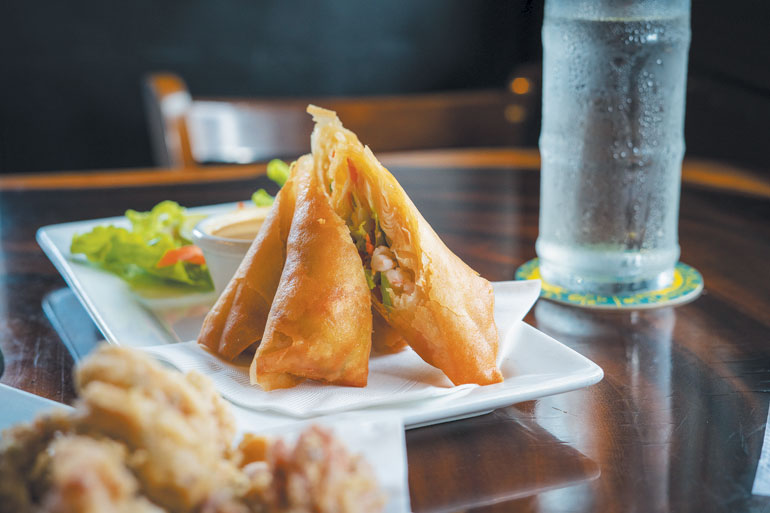 Chinese New Year, also known as the Spring Festival or Lunar New Year, is a significant and widely celebrated occasion for billions of people. Traditions, beliefs, and festivities fill the celebration of this time, honored in history dating back over a thousand years.

Tracing its long roots, the origin of Chinese New Year can be explained by folklore involving a monstrous beast Nian.

According to a story on the website of Confucius Institute for Scotland in the Univesity of Edinburgh, the myth goes with Nian preying on the people and livestock on the last day of the lunar year. Then one year, an old man appeared and vowed to drive the beast away. When the monster once again arrived in the village, the sound of firecrackers suddenly rose with bright flares, trembling Nian. The old man then stepped forward dressed in red, which made the beast frenzy. Terrified further, the monster rushed away.

A day after, the old man, eventually realized as a celestial being who came to help the villagers, told them the weapons to drive the monster away are “items that are red in color,” “bright lights” and “firecrackers.”

Since then, the Chinese held the tradition of setting up red lanterns, lighting up firecrackers, kept the lights on, and stayed up late. This tradition, as we surely have seen, remains observed today.

But before Chinese New Year Eve, the festive atmosphere is already surrounding.

Aside from shopping to prepare for the occasion, the days prior are also for house cleaning and decorating. Houses are adorned with traditional paintings and paper designs with red color. An exhaustive cleaning also takes place in the house, with hopes to sweep away ill fortunes and make way for good luck to come in. Sweeping and cleaning would not be allowed on the first day of Chinese New Year to not sweep away the good luck.

By the eve of Chinese New Year, connecting with one’s family highlights the celebration, making the day one of the most important times for them.

Chinese people kept their New Year tradition of honoring their ancestors by visiting their graves the day before the Chinese New Year. They also offer sacrifices to their ancestors before the reunion dinner and place an added glass on the dinner table on New Year’s eve.

For the family reunion dinner on the eve of Chinese New Year, everyone, no matter where they are, are expected to go to their homes. This significant time gathers families around the table to enjoy their dinner and time together. 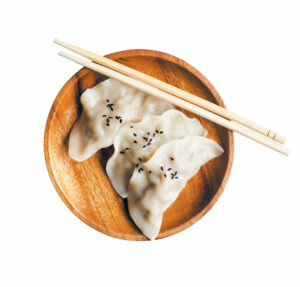 Feast during the Chinese New Year also holds various eating customs. The dishes are significant for the symbols they represent. Certain foods believed to bring good luck for the coming year are served during the season, especially on Chinese New Year Eve. And aside from the foods themselves, their way of preparing, serving, and eating also bear significance.

Some common foods and their meanings for this celebration are fish for an increase in prosperity, dumplings and spring rolls for wealth, and niangao for a higher income or promotion.

People also exchange gifts during the Chinese New Year. The most common is a red envelope with money inside, which is often given to children and retired seniors.

When midnight strikes, indicating the entrance of the new year, firecrackers and fireworks set off. While evidently a display of celebration, this festive activity is also recognized as a way to frighten the evil away.

Also part of the Chinese New Year celebration is the Lantern Festival, which happens on the 15th day of the first Chinese lunar month. The well-known lion and dragon dances are among the daytime activities at this festival. At night, lanterns can be seen all over — streets, malls, parks, and in the hands of children. A display of firecrackers and fireworks once again takes place, marking the end of this festival and the New Year season.

Traditions of celebrating Chinese New Year may vary between places and even families. And living at a time of the pandemic, the celebration may not look exactly like it was before. In the Philippines, for instance, some used to celebrate Chinese New Year in Binondo, Manila to enjoy the dragon dances and fireworks. But public activities in connection with Chinese New Year festivities are canceled in Manila from Jan. 31 to Feb. 1.

Yet, even with the diverse cultures and the different presentime, the spirit within Chinese New Year can remain the same and alive through the wishes of happiness for loved ones. — Chelsey Keith P. Ignacio

Want to know what’s in store in the Year of the Earth Dog?