Before the rise of the ride-hailing apps like Grab, Gojek, and Uber, the taxicab is one of the primary modes of transportation in a city. No doubt that these startups (Grab, Gojek, and Uber) have reinvented the game of private ride services. In terms of generating revenue, the underlying basic operating principle for Grab, Gojek, Uber, and the taxicab operators is the same, which is the number of trips. What sets the ride-hailing apps apart from the taxicab operators is its ability to scale (i.e., increase the number of trips by increasing its fleets and drivers) instantly and at a fraction of the cost of the taxicab operators. Because of this ability to massively scale at a fraction of the cost of other transport services, as of Feb 2019, Gojek, the most popular ride-hailing app in Indonesia was 12x (times) higher than the country’s flag carrier, Garuda Indonesia (Airlines) in terms of market valuation¹. Now, Gojek valued at US$ 10 billion and recently raised a whopping US$1.2 billion amid the COVID-19 pandemic². Today, Gojek is now 35x higher than Garuda Indonesia, which has a market cap of US$ 286 million based on March 31, 2020, closing-price of its stocks at IDX (Indonesia Stock Exchange).

“We’re not here to play the game. We’re here to reinvent the game.”

The underlying operating principle of the business model of a conventional banking solutions provider, even at the advent of cloud computing, is still practically the same. They develop a software product and charge the customers with a hefty license fee to recover their cost of software development, maintenance, and eventually to gain a profit. Take, for example, the Core Banking System/Solutions provider business model in the Philippines, and Indonesia.

Figure 1–1 shows a sample monthly cost computation of other core banking providers where it charges a monthly fee for each account (approx $0.12/account). As the bank grow its customer base, its monthly cost for the core banking also grows. Please note that we excluded other monthly recurring fees like per branch from the other core banking providers in this sample computation, which means the costs will be much even higher. As for the case of PearlPay CBS (Core Banking Solutions), as the banks grow its customer base, its monthly cost remained flat at US$ 99.

What set PearlPay apart? Like other core banking providers, we host our core banking solutions in the cloud (AWS). But unlike the other core banking providers, we don’t charge a monthly recurring fee for each account, per branch, or one-time license fee. For PearlPay CBS, we only charge for a monthly subscription fee that starts at US$99. Based on the last load testing result of our default CBS instance configuration, at US$99, it can handle 50 concurrent users (i.e., bank employees) and up to 1 million accounts. If there were a surge in the number of transactions, for example, an increase in the concurrent users, PearlPay CBS is designed to auto-scale to increase the server capacity to handle the surge accordingly. That is why we said it starts at US$99 per month. In other words, we’re passing on the cost of the cloud hosting services to our bank customers and allow them to reap the full benefits of cloud technologies in terms of cost reduction.

As shown in Figure 1–1, we ultimately altered the cost curves to shift downward. In economic terms, when the cost curves shift downward on a primary factor of production in an industry, big-time change is in store for that industry³. One great example is the mobile phone industry, where a majority of first-time internet users leapfrogged the more expensive PC (Personal Computer), and laptop and gained access to the internet through a more affordable smartphone. As a result, we have seen a boom in mobile commerce sites like Amazon, Lazada, Shopee, and Rakuten.

Today we have a total of 452 rural bank signups, 200 out of 450 in the Philippines and the entire 252 members of the Association of Rural Banks in Central Java, Indonesia out of 1,630⁴, with approximately 5.2 million existing bank customers(i.e., 3.7 million bank customers in the Philippines⁵ and around 1.5 million bank customers in Indonesia (Yoni Depari, CEO PearlPay Indonesia, former Deputy Director Central Bank Indonesia, Personal Communication, Feb 25, 2020)). We have lowered or even eliminated the barriers to entry for a world-class core banking application and making the entire rural banking industry ripe for change.

“From passbook banking to digital banking.” 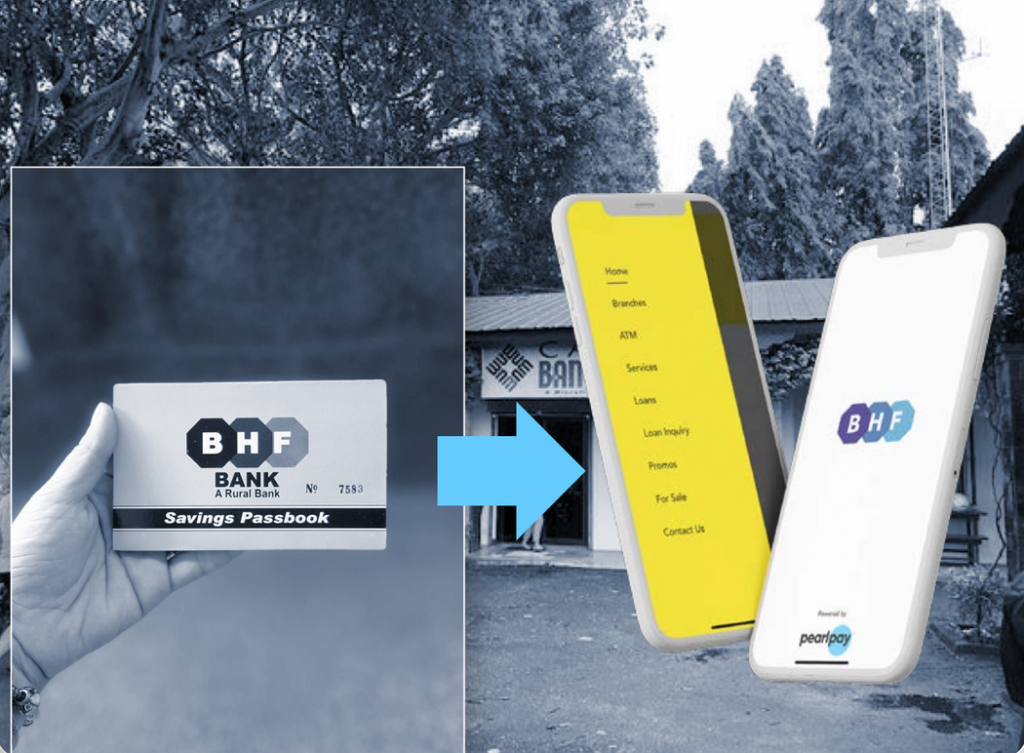 Every time you use your credit/debit/prepaid MasterCard, Visa, UnionPay, and JCB, your issuing bank earns an interchange revenue⁶, which is an average of 1.14% of your card transaction amount. Almost all rural banks in the Philippines and Indonesia, together with their 18.7 million existing bank customers (i.e., 8.7 million in the Philippines and 10 million in Indonesia), were trapped using the passbooks, which is a paper-based technology. Almost all rural banks do not issue ATM cards, credit/debit/prepaid cards, and let alone mobile banking/wallets, primarily because of the high-cost of digital/electronic payment systems. As a result, rural banks and their millions of customers are not participating in the digital or electronic payments economy. That is why we created PearlPay mobile banking/wallet white-label solution, which is a separate backend application but seamlessly integrated with PearlPay CBS.

Figure 1–2 shows how’s the PearlPay Mobile Wallet backend application is integrated with the PearlPay CBS backend application. If we’re going to follow the footsteps of the rest of the mobile banking/wallet solutions providers, then we should be charging a one-time license fee, a monthly recurring fee for each prepaid account, and a maintenance fee. Following their footsteps is like the equivalent of Grab or Gojek charging their drivers a monthly subscription fee, it will only inhibit rural banks’ mass adoption of mobile banking/wallet technology. Like Grab and Gojek, we don’t charge any monthly subscription fee for the PearlPay Mobile Banking/Wallet white-label solutions, we generate our revenues through transactions. Remember that a MasterCard/Visa/JCB/ UnionPay issuing bank earns on an average of 1.14% through interchange revenue? We share this interchange revenue 75/25 in favor of the rural banks. As Bill Gates said, “a platform is when the economic value of everybody that uses it, exceeds the value of the company that creates it.” To enable global acceptance on the rural bank’s mobile wallet, PearlPay partnered with UnionPay (agreed in principle), which allows PearlPay to issue UnionPay Virtual Prepaid Cards and Co-brand it with its partner rural banks.

Amid the COVID-19 pandemic, an army of rural banks in the Philippines has taken a position to offer an alternative way of disbursing the government’s more than PHP 200 billion (US$ 3.9 billion) in emergency cash subsidy to 18 million of the country’s poorest households¹¹. Never have been their importance more pronounced, they could do even more and reach even farther, once we have helped them with their digital transformation.