What started out as a test run in the Quezon city’s busy Maginhawa street is now open for franchising. Three years after The Lost Bread first branch in StrEAT Food Park, founders Emil Ongchuan and Patty Marabut are now managing two new locations for the milkshake/brunch concept: one in SM Megamall and their first franchised store in Glorietta 4.

Reflecting on their success, Emil and Patty couldn’t help but be in awe. Two years after the pair launched the The Lost Bread in 2015, they had managed to generate a rocketing five million pesos in total sales.

So how did the team end up with only P14,000 left in their account?

Emil and Patty would soon find out that, while startup success is definitely no small feat, continued growth is a whole other challenge.

Soon after Emil and Patty graduated from De La Salle University in 2015 — with degrees in Engineering Robotics and Biomedical Engineering, respectively — the two gravitated towards the stability of corporate careers.

In less than four months, however, Patty quit her job to set off on her own. Emil resigned from his shortly after that to join her.

The two shelled out P150,000 each to build a 15 square meter, milkshake-and-brunch stall operating out of what was then a new trend in Metro Manila: a food park.

But the gamble paid off when, six months later, the duo broke even — selling an average of around 500 milkshakes a day. Two years later, the business made Emil and Patty five million pesos.

So what’s a successful food startup to do once they’ve made their millions?

Patty and Emil’s entire journey thus far started out with a gamble. It seemed high time for the two to take another one.

No guts, no glory

At first, deciding to open a second branch seemed like a no-brainer. But almost immediately, the reality of what that move entailed set in.

The Lost Bread HQ, their concept for a full service version of their stall, was only a few meters away from their original spot in StrEAT, and it was huge. The standalone spot proved to be too unwieldy. With costs at an all time high, they had to reconfigure the model.

Eventually, they decided that if they were going to venture out of the park, they’d have to go all-in. Pulling out nearly all the money they had saved since opening in 2015, Emil and Patty began the terrifying work of opening their first mall store.

Emil and Patty had to step up their game to compete with more experienced competitors. As a new entrant in the retail jungle, they decided to differentiate themselves by turning The Lost Bread into a more immersive customer experience.

Swapping out their interior’s darker palette for lighter hues, Patty revisited The Lost Bread’s branding, starting with their menu offerings and making sure everything stemmed cohesively from there.

“We want to be ‘Instagrammable’”, Patty said. “We want to be experiential, interactive. Lost Bread is all about eating with your eyes, the totality of the experience.”

The rehaul was, of course, a huge investment.

A lot is said about the birthing pains involved with starting a new business. But for the lucky ones who want to build on their initial success, there are still growing pains ahead.

“When we started, I was the cashier and Patty was the barista,” Emil said. “We worked day and night to make it profitable. Now that we’re here, nakaka-pressure. But hopefully we’ll make it work again.”

From food park to franchise

After investing approximately P5 million in their Megamall branch, the duo behind The Lost Bread were strapped into yet another roller coaster of stress and hardship.

“In the end, wala kang choice talaga but to make it work,” she said.

With three branches all around Metro Manila, and plans to expand all the way to Cebu, the team is confident they’ve found their stride.

Just as they did in 2017, the team is ready to take yet another gamble to grow their business. This time: franchising.

“There were a lot of people asking about [franchising] before. But we weren’t ready,” the founders said. “Now, we’ve partnered up with different people to help us build the new business model.”

According to Patty and Emil, those interested in operating a franchise of The Lost Bread can pay an all-in fee of P799,000 for a dessert-only stall.

Emil and Patty are no longer the new kids on the block. And they’ve come a long way since putting it all on the line to open that first stall.

But, according to the pair, their continued success is rooted in the fact that while circumstances have constantly changed, their willingness to risk it all hasn’t.

“Naging successful ‘yung Lost Bread dahil wala na kaming pupuntahan ni Pat,” Emil said. “We had no fall back. It was either make it or break it. We’re glad we took the risk.” 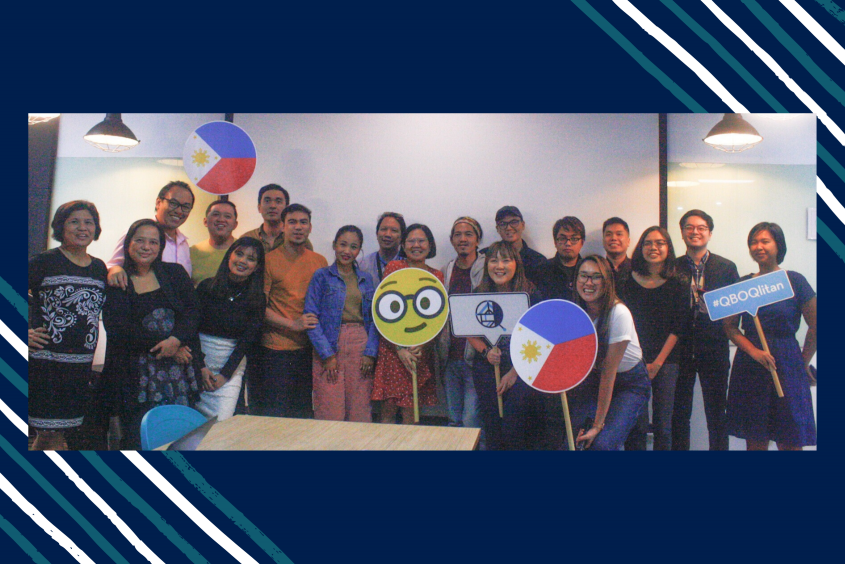