Ultimately, two students from Mindanao State University-Iligan Institute of Technology, Shannefamel Almazan, 20, and Prince Loyd Besorio, 20 won the contest with their entry on their experiences witnessing the seige of Marawi. 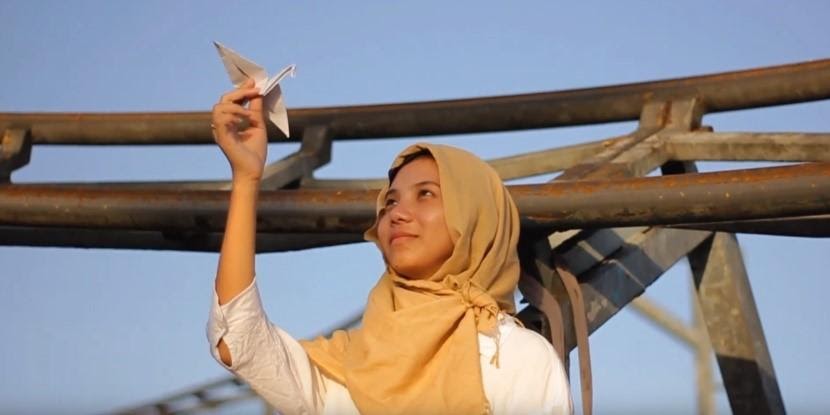 In their vlog, the pair talked about witnessing the effect of the armed conflict in Marawi City in 2017 and their wish for peace and solidarity in Marawi. They mentioned that assistance from Japan during the city’s rehabilitation was a “senbazaru” (Japanese belief of granting someone’s wish).

“The projects of JICA made me realize that people you don’t even know are willing to help. As a Filipino, the rehabilitation help from other countries is a call for us to unite and strengthen the spirit of bayanihan (collective help) and our role as peace makers in our country,” said Almazan in the vlog.

JICA Philippines Chief Representative WADA Yoshio said the video blog contest was “an opportunity to listen to the voices of young people on international cooperation and for nations to collaborate together in solving common problems.”

JICA is currently supporting a Road Network Development Project in Conflict-Affected Areas in Mindanao that includes the construction and rehabilitation of the Marawi City Ring Road among others as support to the region’s economic development and peace building. Marawi City, capital of Lanao del Sur Province in Mindanao, was once a trading hub until armed conflict razed the city in 2017.

For winning the video blog contest, Almazan and Besorio, earned a trip to Japan this year where they will have the chance to visit the JICA Headquarters in Tokyo, experience Japan’s culture, and visit places of interest like the Hiroshima Peace Memorial Museum.

“All the entries from young Filipino video bloggers were very inspiring and offered a fresh perspective on the bilateral relations of our countries. JICA looks forward to giving young people more platforms to share their ideas and experiences,” added Wada.

Aside from the video blog contest, JICA has been supporting human resource development in the Philippines training young Filipino professionals from government and promoting people-to-people exchange with the dispatch of young Japanese professionals to support Philippine development.