Bandwagon is the place to go when you’re looking for the latest news, reviews and gig schedules in the Singapore, the Philippines and Indonesia. Having been in operations in the Philippines for three years already, the website’s Facebook page has almost 20,000 avid followers who rely on the platform for the latest in indie and mainstream music in the region.

Bandwagon’s founder, Clarence Chan, started his company due to a lifelong love for music, his business background, and need to prove that you can make a living from doing what you love. The 32 year old doesn’t come across as your typical CEO, wearing the same Bandwagon shirt as his other employees, cropped jeans, colorful socks and casual sneakers and introducing himself by his first name to journalists and concert goers alike during the daylong celebration of Bandwagon’s third year of operations in the Philippines last March 17. You wouldn’t guess he was the reason you’ve all been gathered to a secret location at four in the afternoon.

SparkUp was able to interview Chan at the back of a pick-up truck parked outside Treskul Records, a vinyl shop and bar, where artists Six the North Star and The Diegos spinned funk and Manila Sound for the music fans who attended the Bandwagon Hush event that afternoon. Chan spoke freely about his business, its expansion in Southeast Asia, and his predictions for the future of the Philippine music scene.

Can you introduce yourself to our SparkUp readers?
Hi, I’m Clarence. I’m the founder of Bandwagon. We’re in our 7th year of business. We started Bandwagon to connect people to music. Right now our goal is really to be the voice for music in Asia.

I studied in Singapore from a regular schooling track and I love music. I started to play the organ when I was three, then I went to the piano then the violin. I went to the Berkeley College of Music for a summer just to realize if I should pursue music as a degree. I’ve always wanted to be in a music space but at the same time I’ve always had a knack for business, in solving problems, in taking risks, bringing new value. I like the challenge of bringing together people working toward a common vision. That’s essentially how Bandwagon started.

I asked myself at the end of uni–I finished with first class honors so I could have gone to a bank or a financial institution–but I asked myself if I could get any job in the world what would it be? And my answer was to start Bandwagon. I really wanted to make a difference in a space that I love and not too many people were doing it. Especially in Singapore where music at that time still had a stigma. People still found that “oh no, you can’t have a viable career from it” and that made me want to try and change things and show the next generation that it’s possible to do what you love and make a living from it.

When I knew that I wanted to be in a music business I was working for a company that distributed musical instruments. I went to MTV as well as an intern. That kind of gave me a basic background and I just went from there.

How did Bandwagon start and why did it expand from Singapore to the Philippines and Indonesia?
I grew up in Singapore and I used to go to a lot of gigs. For me it was tough to track what was going on so in 2011 I decided that with the internet gaining traction I decided to move all these information on the internet so people will be able to find out what different indie collectives are doing in the music scene. It just began as a personal project of mine trying to scratch my own itch and then it just evolved.

Camille [Castillo] who is our current country manager [in the Philippines], we met because I used to see this girl who’s always retweeting our content. She’s one of our most enthusiastic readers so I figured that I wanted to get to know her and find out more about her interests. We got to know each other quite well and we said hey why don’t we do a similar thing in the Philippines. We started to feature a lot of local artist who are creating original music, we started to recommend gigs to people, to give them a dependable site that’s extensive, that covers different genres, and will allow them to find good gigs.

Indonesia was kind of nearby Singapore and I saw a lot of potential in the market. There are a lot of people and music there. More and more concerts are happening, they have a lot of good festivals… this is some of the reasons we started to go in.

How has Bandwagon grown in these past seven years?
We started very humbly. When I started Bandwagon it was just a gig listing/directory. It wasn’t getting a lot of views. I guess I thought there was many people like myself, but maybe there wasn’t so much. So what we did was we started a blog to allow us to talk more about the music we were listing on our directory. And that actually opened up a lot of opportunities. When we came up there weren’t a lot of sites that would write about music videos, new single releases by artists, and review and feature some of the more indie and underground shows. We were the ones to cover and give publicity to these gigs. That helped us to gain traction among the artists. I’d like to say that we grew very organically. We never really spent a lot of money on marketing or anything. Our figures are all organic. We just tried to do our best to give more authentic content. We made friends in the community. That’s how we’ve grown over the years.

We started coming out with a proper strategy and that has seen us double our page views the past year. Last year we doubled the previous year. So we’ve been growing 100-130% every year.

Aside from having a separate landing page for the bandwagon.asia website depending on your country location, how do you specialize content in the countries you operate in?
We have dedicated writers in each region. That’s definitely a lot harder to do because you’ve got to find different writers in different countries. You’ve got to vet. You have to work with them across borders. So it’s definitely more challenging but it’s also something that we believe in. We feel that in the market when they know you’re the best then you actually meet the bands, the artists, the labels, the artist’s managers. You’re able to talk about it in a very relatable and very accurate and authentic fashion. That’s something from the early stage that we identified. It hasn’t been easy to find good writers for us. We want to be the site that’s known for high quality music journalism. We do have some high standards. So it hasn’t been easy looking. But once we found these writers we work with them at a regional level. We have an editor from Singapore who really looks at them and we have a country manager in each country to ensure that there’s good content and that we’re prioritizing the right kind of artist and music to write about.

Is there a significant difference in musical taste between countries? Any upcoming musical trends?
There’s definitely a difference but it’s hard to speak in general terms because music can be so personal. At the same time I noticed a regional trend and that is the growth of indie music, that’s one. I think that with Bandcamp, SoundCloud and even Bandwagon, indie artists who may not have a major label’s backing will be able to come forward with their music often with interesting genres. Like in Singapore the first band to play in Glastonbury was a grindcore band. Niche genres like that.

In the Philippines we’ve been able to feature a lot of independent producers. We’ve been able to push bands out like She’s Only Sixteen and Taken by Cars. We see a trend towards these and an increase of trend in festivals like Laneway Festival, We the Fans, Wanderlast Festival here in Manila. All these are very telltale signs of interest in “niche” genres that ten years ago were considered niche. Now we are seeing more young people take to genres like these and exploring more niche music which we think is great. There is more diversity today. I think it’s very positive.

The second trend that I think we definitely see is EDM–electronic dance music. We see a lot of new festivals pop up, for example Ultra Music Festival. We start to see really a huge draw to festivals like these. These are general trends that we’ve been seeing.

What is the role of social media in being able to find new artists?
We think social media is huge. In some sense artists have their own platforms to push out their own music. Even if they haven‘t been able to get in touch with a media platform, just through their own social network and their friends, just by making good music, they are able to get the word out there. In Singapore we’ve seen artists who’ve ended up getting a 360 deal just by posting YouTube videos from their own bedroom like Gentle Bones which recently packed out a concert two nights in a row. That’s about 3,000 people paying for a concert in the premier arts venue in Singapore. He started with just YouTube videos. Then through social media people comment on it and share it. Even from the US, people were covering his songs.

We’re starting to see the power of the internet, the power of social media. That’s why in Bandwagon we’re really trying to stay current and relevant by listening to what our readers want. For example in our Birthday Brunch Party [on March 17] you’ve seen that an artist, Coeli, requested over twitter that she hopes we’ll have more brunch gigs. And we’ll look into having more events like that.

We listen on social media as a way to get information. And we utilize our event capabilities, our relationship with artists and our media platform to market it to organize shows. That’s one example of listening to the market and offering to people new experiences. They may come for the experience but they stay and discover music.That’s the goal for us.

BandWagon started its anniversary celebration at Frank & Dean with music from acoustic indie acts Coeli, Nikki Colet, and Leanne And Naara’s, journeyed to Treskul with kalimba music from Bea Lorenzo, and capped it off with a concert at 12 Monkeys, Ortigas featuring December Avenue, Twin Lobster, Pedicab, Kjwan and The Morning Episodes.

Bandwagon, as well as other performers and artists, will be back for Tagaytay Art Beat 3 this May. 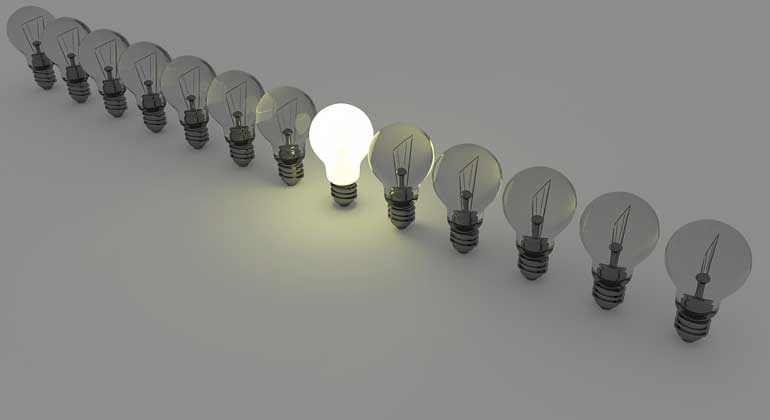