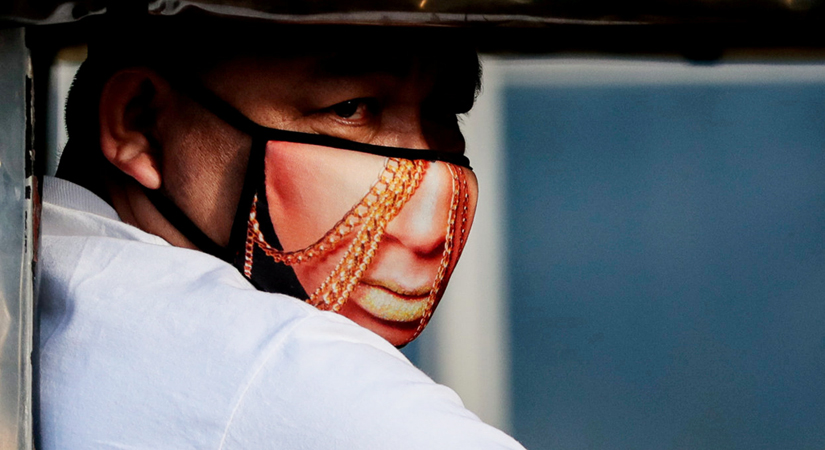 A FACEBOOK POST in the Philippines shared more than 2,000 times claimed a coronavirus strain that has killed hundreds in China and sickened thousands more is “a type of rabies.”

The dubious health advice, which included graphics of a bat, claimed bats should not be eaten because they eat mosquitoes that have dengue. The cross between dengue and rabies has resulted in a mutated coronavirus, according to the Facebook post that has since been removed.

But coronavirus and rabies are clearly two different virus types. Rabies affects the central nervous system and can be prevented with a vaccine, while coronavirus is a respiratory ailment that has no cure yet, according to the World Health Organization (WHO).

“It is actually close to ridiculous to think that [coronavirus] is now falling within the family of rabies,” Health Secretary Francisco T. Duque III said at a briefing on Jan. 28.

And while scientists suspect the deadly coronavirus strain may have originated from a market in Wuhan City in China, they have yet to conclude which animal had originally transmitted the virus to humans.

The WHO has declared a global health emergency as the virus spread to more than 20 countries, including the Philippines.

WHO cited the potential for the virus to spread to countries with weaker health systems, and which are ill-prepared to deal with it.

The Philippines confirmed its third coronavirus case yesterday after the second one died, the first reported death outside China.

Nearly 500 people have died in China, while about 20,000 more have been infected worldwide, mostly in China, according to WHO data.

The number of people under investigation for coronavirus in the Philippines has risen to 133, while 16 have been discharged but were being strictly monitored, according to the Health department.

President Rodrigo R. Duterte has banned the entry of foreigners from mainland China, Hong Kong and Macau to prevent the virus from spreading.

Fake news and information about coronavirus have spread like the virus itself on social media, with users sharing misleading and false advice about the health menace.

One such claim — shared 16,000 times on Facebook — urged people in the Philippines to “keep your throat moist,” avoid eating spicy food and “load up on vitamin C” to prevent infection.

WHO and local health authorities have recommended regular hand washing, covering your mouth and nose with a tissue when coughing and sneezing, thoroughly cooking meat and eggs, and avoiding close contact with anyone showing symptoms of a respiratory illness.

Another Facebook video post by a Filipino showed exotic animals such as snakes, bats, rats and other meat being sold at what the poster claimed was a market in Wuhan City, where the novel coronavirus strain was first detected.

But it was actually filmed at an Indonesian market, according to international news agency AFP.

OUT OF STOCK
Filipinos are very susceptible to fake news because they are one of the world’s most active social media animals, Vanessa G. Oyos, a spokeswoman for the Consumers Union of the Philippines, said by telephone.

“Fake information is rampant on social media and consumers have to be mindful of their actions,” she said.

In the Philippines, face masks are out of stock at most drugstores due to panic buying, forcing 53-year-old tutor Leah A. Cuenco to make her own.

“It’s pretty easy to make one,” Ms. Cuenco, a self-confessed DIY (Do It Yourself) enthusiast, said in an interview. “You just need a roll of garter and a piece of soft cloth.”

She’s been giving away washable face masks to family members since Taal Volcano emitted a plume of ashfall that reached cities around Metro Manila last month.

A pharmacist for a generic drugstore at a busy street corner in Las Piñas City told BusinessWorld they only had five boxes of surgical face masks in stock.

“We ran out of it fast even if we limited the number of masks that people could buy to 10 pieces,” she said. “We don’t know when the next stock will arrive.”

The retail shops had been fined P300,000 each for violating the Consumer Act, particularly for jacking up face mask prices and taking advantage of the situation, he said.

Prices of regular surgical face masks have been overpriced by as much as P10 each, while prices of N95 respirators have jumped to P180 from P50 each, Mr. Lopez said.

“People tend to resort to panic buying when there’s fake news,” he said.

The agency has also issued notices to online stores Lazada and Shopee, where N95 respirators were being sold for as much as P224 each. The e-commerce sites face a P300,000 fine if they fail to explain the overpricing, Mr. Lopez said.

Some of the virus’ unexpected victims are people who have never even been anywhere near Wuhan.

Asian communities in the US, Canada and Europe have complained of racist and xenophobic incidents against them, as fears over the China outbreak grow, according to the Business Insider.

In the Philippines, there’s also a racist backlash against Chinese nationals employed by online gaming companies, leading Mr. Duterte to clarify his policy about the travel ban.

The President on Feb. 3 said Chinese travelers from other countries may enter the Philippines.

“We can assure the Chinese government that we too will help,” he said in a speech. Blaming the Chinese for the outbreak is “xenophobia.”

“The nCoV threat is a very serious public concern and no distraction of government efforts to overcome it will be tolerated,” Justice Secretary Menardo I. Guevarra said, referring to the virus’ clinical term.