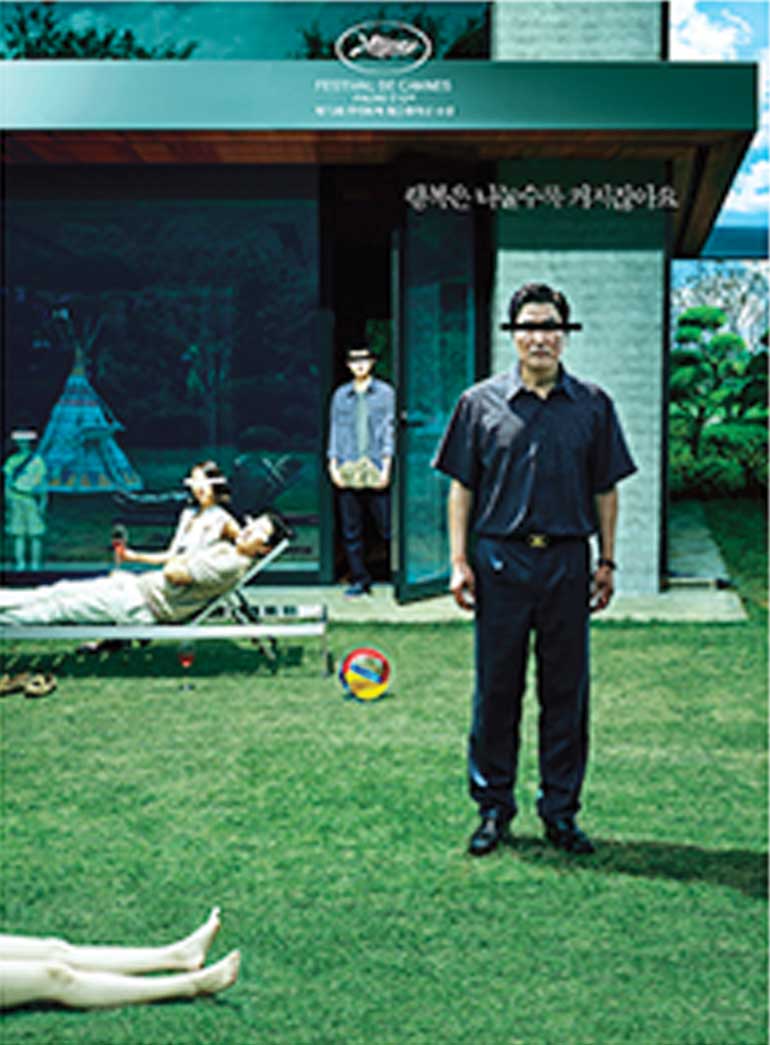 SOUTH KOREA’S status as a cultural juggernaut just got a serious shot of international credibility.

Parasite, a dark comedy about the divisions of wealth and class, became the first foreign-language film in history to win the coveted Oscar for best picture. The movie — made for $11 million by Seoul-based Barunson Entertainment & Arts Corp. — beat out Hollywood competitors made for nine times as much.

The win, which ignited celebrations online in South Korea, could mark a watershed moment for its entertainment industry that’s become a key form of soft power for the Asian nation with the explosion of K-Pop and Korean soap operas. Cultural exports are also becoming more vital to South Korea’s economy, which is pivoting away from the manufacturing-focused industries that helped it emerge from the ruins of the Korean War.

Parasite has so far grossed $165 million at the box office, a number that’s likely to jump after the movie’s surprise victory, which will likely lead to a re-release in the US where its theatrical run is already almost over. In 2017, winning best-picture prize bolstered the commercial prospects of the American coming-of-age drama Moonlight, which made about $65 million on a similarly modest production budget of about $4 million.

The past decade has seen an evolution in South Korea’s status as an entertainment powerhouse, with the world’s most popular boy band, BTS, driving a global embrace of the K-Pop music genre. The country’s television industry is responsible for a wave of romantic dramas that have achieved cult status throughout Asia, particularly in the hard-to-crack, but immense Chinese market. The success of Baby Shark, a viral YouTube hit targeted at children that spawned a merchandise empire, also showed South Korea’s growing foothold in online content.

PRESIDENTIAL PRIDE
Smaller in scale, the South Korean film industry still brought in about $2 billion in 2018, according to the latest available data from Korea Creative Content Agency — a body linked to the nation’s culture ministry.

South Korea erupted in collective celebration at the news of Parasite winning the Oscar, with messages of congratulations and joy trending on social media platforms such as Twitter. The country’s president, Moon Jae-in, tweeted his pride at the film’s success. Shares of Barunson Entertainment surged as much as 17% Tuesday in Seoul, extending their 19% rally the previous day. The stock of the chief investor and marketer of the film, CJ ENM Co., rose as much as 4.3% on Tuesday.

“This will become a turning point for Korean movies to grow globally,” said Kim Young-ho, spokesman for the Korean Film Council. “It’s the most splendid achievement.”

Parasite tells the story of a family of unemployed people that entrenches itself in the life of a wealthy clan to gain access to things they can’t afford. A foreign film winning the best-picture prize marks a break from tradition at a time when the Academy of Motion Picture Arts and Sciences, which awards the Oscars, is under fire for failing to diversify its ranks and the recipients of its awards.

Parasite beat competitors such as Once Upon a Time in… Hollywood, which had a budget of about $95 million and 1917, the favorite to win the award, which cost a similar amount to make.

“This is definitely an event that will raise global attention on Korean content, expanding the boundary into movies — not only TV drama or K-Pop,” said Sang-Woung Han, an analyst at Eugene Investment & Securities.

Lee, the 61-year-old granddaughter of Samsung Group’s founder has been a relentless promoter of Bong and other Korean directors and actors.

“Parasite won the best picture because the movie has successfully delivered on the universal issue of economic polarization,” said Jeon Chanil, a long-time Korean film critic.

Parasite director Bong Joon Ho’s two prior movies, Snowpiercer and Okja did not do well at the box office in the US, but they are now two of the most popular movies on Netflix. Accepting the best director award late Sunday in Los Angeles, he said he never thought he would win.

Later, speaking to reporters backstage, he said he hoped a non-English film winning such top prizes won’t be rare in the coming years.

“It’s very surreal,” Bong said. “I feel like something will hit me and I will wake up from this dream.” — Bloomberg