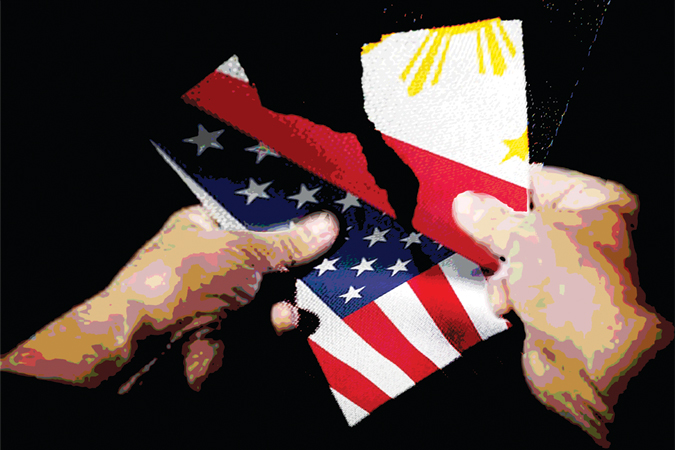 (This column was written before Foreign Affairs Secretary Teodoro Locsin, Jr. gave formal notice to the United States of the termination of a Visiting Forces Agreement yesterday. — Ed.)

During the senate hearing reviewing the 1999 Philippine-US Visiting Forces Agreement (VFA), Foreign Affairs Secretary Teodoro Locsin, Jr. discussed the adverse consequences of the agreement’s abrogation. He enumerated the security, trade, and economic benefits that the VFA has provided the country since 1999. The VFA is a Status of Forces Agreement, which provides the legal regulatory mechanism for the treatment of US military and civilian personnel during military exercises and conduct of Humanitarian Assistance and Disaster Relief (HADR) operations in the Philippines.

Aside from extending intelligence, training, and other technical assistance to the armed forces and police in combatting human trafficking, cyberattacks, the illicit drug trade, and terrorism. Further the VFA serves as a deterrent to Chinese aggressive actions in the South China Sea and he warned that its termination would adversely affect more than 300 joint trainings and would put an end to American security assistance to the Armed Forces of the Philippines (AFP), which is undergoing a modernization program. Finally, he said the VFA’s abrogation would render the 1951 Mutual Defense Treaty and the Enhanced Defense Cooperation Agreement “nothing but pieces of paper.”

The US and China are locked in a strategic competition over the issue of who will control the Indo-Pacific region. The US wants a Free and Open Indo-Pacific (FOIP) through the presence of forward-deployed American forces aimed at maintaining a regional balance of power system. This can only be possible if there are strong and vibrant US-alliances and security partners in the region.

On the other hand, China wants a closed and Sino-centric region where the People’s Liberation Army exercises strategic control over the first-island-chain and regional countries showing sensitivities to Chinese military, economic, and diplomatic interests. A possible outcome of this competition is an Indo-Pacific region dominated by a continental power, preventing the US from continuing its post 1945-role as the regional strategic offshore balancer and making it difficult for the US to project its power and influence on a global scale.

The South China Sea is a vital arena in the US-China strategic competition. Chinese actions in the disputed waters include: extensive island-building and base constructions in the various land features in South China Sea; building up its blue-water navy and coast guard; preventing its neighboring states from exploring and exploiting the natural resources; and launching the Belt and Road Initiative (BRI) to pacify its neighboring states with massive infrastructure building projects.

The Trump administration considers the South China Sea as an important front where it could apply a more vigorous approach towards China, and a vital laboratory for testing its construct for the FOIP. The US has bolstered its military presence and operations in the Indo-Pacific region and has also extended maritime-related security assistance to countries threatened by China’s maritime expansion.

The US is entering this dangerous phase of the competition with a key advantage in terms of its alliances — with Australia, Japan, the North Atlantic Treaty Organization, South Korea, and the Philippines. Any actions of these countries that will indicate that it’s moving away from the alliance into an illiberal China-led order means a defection and a betrayal of an ally that cannot be tolerated.

Since 2016, President Rodrigo Duterte has gravitated towards China by setting aside the 2016 Permanent Court of Arbitration Awards to the Philippines, shifting the Philippine-US alliance away from the China challenge to counter-terrorism and HADR, and preventing the Association of Southeast Asian Nations from coming out with any statement critical of Chinese actions in the South China Sea. Despite these moves, however, he kept the Philippine-US alliance intact. Abrogating the VFA, however, means that he does not really intend to keep the alliance intact. This is setting the stage for President Duterte to wean the Philippines away from the US and towards the Sino-centric regional order by 2022.

The US and the Soviet Union punished and invaded disloyal allies that defected from their alliances during the Cold War. The Soviet Union invaded and occupied Hungary in 1956 and Czechoslovakia in 1968 when the two Warsaw Pact states declared their intention to leave the alliance. American-sponsored coups ousted Jacobo Arbenz in Guatemala in 1954, and Salvador Allende in Chile in 1973 when those countries came under the control of left-leaning regimes. These countries realized too late the tragic dictum “the strong do what they have the power to and the weak accept what they have to accept…” It is prudent for President Duterte to reflect on this ageless aphorism before he decides whether or not to abrogate the VFA.