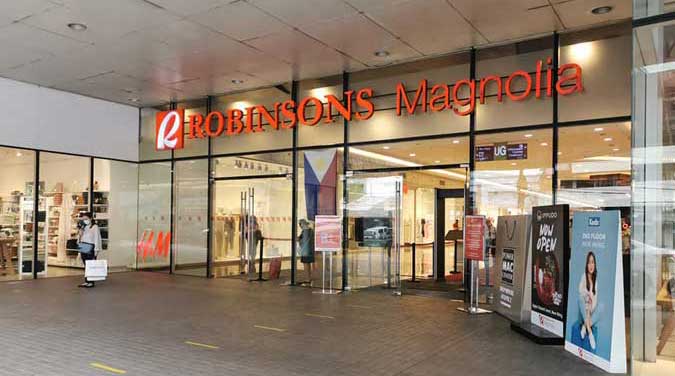 By Denise A. Valdez, Senior Reporter

Robinsons Land Corp. (RLC) is forming a real estate investment trust (REIT) company for some of its office assets, with plans for its listing at the stock exchange next year.

“To create further opportunities for growth, RLC is looking to list a REIT company for some of its office assets in CY (calendar year) 2021. It plans to infuse a significant number of its existing office buildings into the new REIT company,” it said in a statement Friday.

The Gokongwei-led property developer currently has 25 office buildings in its portfolio, equivalent to more than 600,000 square meters (sq. m.) of net leasable area.

If it successfully lists, RLC would be the second company to do a REIT offering in the Philippines, following Ayala Land, Inc.’s listing of AREIT, Inc. last August.

Aside from RLC, DoubleDragon Properties Corp. also announced a plan to do REIT listings annually from 2020 through 2025 for some 200,000 sq. m. of leasing assets every year.

REITs are the latest product offering of the Philippine Stock Exchange to boost activity in the stock market. It allows investors to earn dividends from specific revenue-generating properties of developers.

Meanwhile, RLC reported its third quarter earnings plunged 78% to P717 million, from the P3.31 billion it reported in the same period last year.

Despite the decline, RLC said it saw signs of recovery as its third quarter bottomline improved 38% from the P518 million it recorded in the second quarter.

For the January-to-September period, the company booked a net income of P4.4 billion, about 40% lower from the P7.31 billion it posted last year. Consolidated revenues also fell 11% to P20 billion.

By business segment, commercial centers added P4.8 billion revenues, halving the P9.7 billion revenues it reported the same period last year. This is due to fewer operating tenants and lower foot traffic at its malls because of lockdown restrictions.

Office buildings generated P4.34 billion revenues, up 20% from a year ago, due to the sustained demand from business process outsourcing and locators looking for flexible workspaces.

The residential segment posted P9.75 billion in revenue, growing 36% year-on-year, on the back of sustained take-up that reached P5.96 billion. RLC noted it was able to launch P10-billion worth of new projects this year.

RLC’s hotels and resorts booked P856.4 million in revenues, dropping 49% from the P1.69 billion it reported a year ago.

Revenues from its operational industrial facilities doubled to P164 million, while recognized revenues from commercial and industrial lot sales stood at P85 million.

“We are encouraged by the steady recovery of our businesses on the back of improving trends seen on a quarterly basis, as well as in October. Increasing customer engagement and the sustained interest from external partners give us confidence that business will continue to pick up in the coming months,” RLC President and CEO Frederick D. Go said in the statement.

“For the remainder of the year, we will continue to focus on operational recovery while implementing strict safety protocols,” he added.

RLC’s capital expenditures reached P10.41 billion for the nine-month period, about 43% of its P24-billion allocation for the year. This went to land acquisitions and the development of malls, offices, hotels and warehouse facilities. The company also spent on the construction of local residential projects.