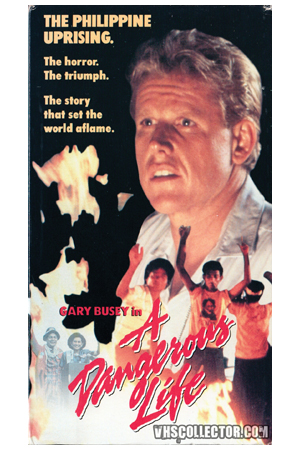 I’m almost done with my third book, The Republic of Santa Banana and other Ad Libs. It’s a compilation of my most irreverent satires in almost 32 years of writing “Ad Lib” for BusinessWorld.

While going over the manuscripts, I came upon this piece which I wrote in 1988. “Rewriting EDSA” is a satire on A Dangerous Life, a movie version of the revolution, produced by Australian Broadcasting Corporation and starring Gary Busey.

Expectedly, the film treatment was Hollywood-ish, which, I noted, was “as close to the truth as anything Joe Isuzu himself could have written.” Joe Isuzu was a character in a series of TV commercials for Isuzu who was known for his exaggerations.

Considering the ongoing efforts of historical revisionists to confuse folks over what really happened at EDSA, I thought this piece was timely for the 34th anniversary of the 1986 People Power Revolt this February.

I have just gone through the uncanny experience of seeing history rewritten before my eyes. I have just suffered through three hours of the film account of the People Power Revolution, A Dangerous Life.

It’s particularly appalling for someone like me who knows how movies are made and, most of all, who knows what happened at EDSA. Although, after watching it, I’m no longer sure whether I should believe myself or the film. So, like a good film man, I’ve tried to reconstruct what really happened during the making of this magnum awful. Naturally, I employed a research consultant, just like Prof. Alfred McCoy, whom the Australian Broadcasting Corporation used. Except that my consultant, understandably, is not the real McCoy.

This account is as accurate and factual as ABC’s version of EDSA and as close to the truth as anything Joe Isuzu himself could have written:

FADE IN on producer Hal McElroy, director Robert Markowitz and writer David Williamson seated at a table, going over the sequence treatment of the movie. All three are wearing bullet-proof vests. Outside the room, bodyguards watch out for Indonesian assassins who haven’t forgiven ABC for The Year of Living Dangerously. But the three are used to danger, having survived both the Australian Outback and the Los Angeles freeway.

“Look, this is one of those dictator movies, see. I mean, like The Last Plane Out, but not as bloody as Killing Fields,” says McElroy.

Williamson is apologetic. “Sorry, boss. I didn’t think you wanted a Central American treatment. Not with Richard Dreyfuss doing Moon Over Parador. It’s also about a Central American dictator. And the heroine ends up being the benevolent president of the country.”

“The Dreyfuss movie is a comedy. Ours is serious stuff,” Markowitz cuts in.

“You mean, like people being beaten up in the streets and soldiers shooting them in cold blood?” asks Williamson, quickly scanning his brain for a likely formula. Scriptwriters usually have standby formulas in the back of their heads. Just twist the plot a bit here and a bit there and you can sell it as an original.

“Just enough to motivate the citizenry to stage a revolution,” says Markowitz. “You’ve got to have a logical motivation. Otherwise the thing won’t peak to a good climax. On the other hand, a Killing Fields treatment won’t lead to a believable revolution, what with all the people dead.”

“What about Marcos and Imelda,” Williamson asks, realizing by now that Markowitz has a better grasp of the human psyche than he has. “How do we handle their characterization?”

“Look Hal, we can’t have any complex characters in this film,” says the director, getting impatient. “I’ll have enough trouble handling the love angles of Busey and the Filipina girl and Busey’s wife who goes to bed with the Filipino colonel and then they all live happily ever after, except the Filipina who dies. Why, that’s as complicated as Kramer vs. Kramer. We’ve got to keep the rest of the story simple.”

“I’d go for a Fu Man Chu treatment for Marcos,” Williamson says tentatively. “We could then do a Dragon Lady with Imelda.”

“The Fu Man Chu treatment? You mean, like the Evil Empire stuff?” asks McElroy excitedly. “I’ll buy that. People might even think George Lucas made the movie and they’ll rush to see it.”

Markowitz doesn’t miss the insult, but he’s too engrossed with the movie to worry about trifles. “The Ponce Enrile and Ramos characters are the big problem, he muses.

“The guy wants to be the hero of the story,” says McElroy, dripping with sarcasm. “Can you beat that? And he’s threatening to sue us if we have it some other way.”

“Ponce Enrile doesn’t make a logical hero,” says Markowitz sagely. “The audience won’t buy it. Here he is being accused of masterminding a coup plot against Cory and then we portray him as a hero?”

“I see what you mean,” says the scriptwriter. “It’s like portraying Donald Duck as a hero after he rapes Daisy Duck. It’s just not logical.”

“Well, what about Ramos?” asks the producer, getting desperate that the historical consultant’s retainer is fast being wasted. “He’s one of the heroes of EDSA, isn’t he? And he’s got no beef with Daisy, I mean, Cory.”

“Well, okay,” says Markowitz tiredly. “Maybe we can give him a few heroic lines. Like, when Enrile calls him if he’s joining the breakaway, he readily agrees without having to talk it over with his wife.”

“That’s heroic,” Williamson remarks. “I’d never try that on my wife. Especially on a Saturday night.”

“But this Enrile fellow,” Markowitz instructs the scriptwriter. “You’ve got to treat it like he’s really desperate for help. I mean, like real scared, man. Like he would have backed out of it he hadn’t sent the driver to the supermarket.”

“You can never go wrong with the Boy Scouts,” beams Markowitz.

This time, McElroy decides to assert himself. “It’s easy for you to say that,” he snaps. “You don’t have to face the moneybags. How do I tell them they’re getting an Alice In Wonderland movie?”

“Aren’t they all?” Markowitz snaps back. “Good wins over evil. Crime does not pay. Heroines vanquish villains. What’s wrong with that?”

“Yeah, but the trend now is towards more complex characterizations,” McElroy presses. “And don’t give me that crap about the plot being complicated enough as it is, unless you want to go back to doing animated cartoons.”

There’s a pained look on Markowitz’s face. Deep within he wants to do something heroic, like walking out on McElroy. But he needs the job.

“I think I’ve got the Enrile character down pat,” says writer Williamson, his eyes glued on Markowitz.

“I don’t want Cory to be all virginal and saintly, know what I mean?” he says. “You’ve got to give the audience a feeling that she’s also capable of pulling a double-cross. Like, she’s motivated by ambition. But, like she knows how to carry herself while the other guys are too obvious. Know what I mean?”

“What about if she insists on coming home from Cebu to lead the people at EDSA, before they get any ideas that it’s Enrile and Ramos who are the heroes of the story?” the writer suggests, feeling inspired.

“Sounds good,” beams McElroy while an emasculated Markowitz nods blankly. “And speaking of the EDSA scenes. I’ve made arrangements to shoot them in Sri Lanka.”

“You don’t think people will know the difference?” Williamson asks, careful not to offend.

“Naaah,” replies McElroy, cocksure as producers ought to be. “It’s just us movie people who can spot these details. The audience? All they want is a good laugh.”

FDIs may pick up after May elections

And the winner is….