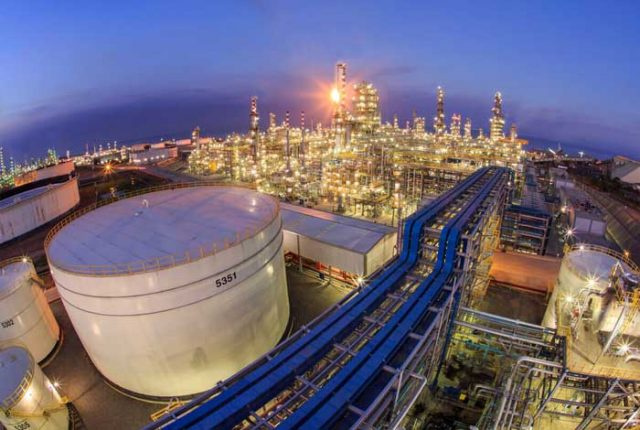 Petron temporarily halted operations at its 180,000 barrels per day (bpd) Bataan refinery in May, while Shell announced in August that it will be permanently closing its 110,000-bpd refinery in Batangas.

“Based on the actual reports of the local refiners… 2020 refinery production output of 5,504 ML was significantly down by 41.8%… Average refining output for the period was 15.04 ML per day,” the DoE-Oil Industry Management Bureau (OIMB) said in its year-end report which was posted on the energy department’s website last week.

The OIMB said it received notices of shutdown from Petron and Shell who cited lower fuel demand due to the public health emergency. Both companies said “there will not be any supply disruption as supply will be restored by finished product imports.”

The OIMB said Shell’s decision to permanently shutter its oil refinery has reduced the industry’s maximum distillation capacity to 180,000 bpd.

Shell said its Tabangao refinery will close due to weak regional refining margins, which worsened as a result of “demand destruction from the global health emergency.”

Last year, crude oil exports rose by more than 150% to 402 ML in 2019. “The increase is attributed to exported excess crude oil of Pilipinas Shell due to its closure, or conversion of its refinery,” the OIMB said in its report.

In its report, the OIMB said that Petron and Shell’s refineries accounted for 40.6% or 21,301 MB (thousand barrels) of the industry’s storage capacity.

“The remaining country storage capacities of 24,006 MB or 49 import terminals are capable to receive imported finished petroleum products while the 7,090 MB or 130 depots are distribution facilities or networks and owned by various downstream oil players,” the OIMB said. — Angelica Y. Yang