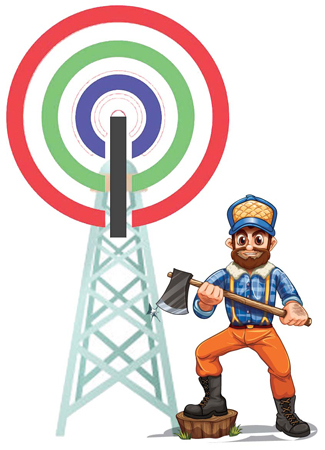 A 17th-century English writ that challenged a person to prove by what authority he holds a public office, a power or a franchise, a quo warranto plea has been used in this country for the second time in two years in an attempt to silence and penalize another Duterte-perceived critic.

Although abolished in many jurisdictions, it is still available in the Philippines. Interpreted by some legal minds as a means of establishing and strengthening one’s right to public office or to a franchise, it has instead been used to question both in the two instances the present regime has used it.

Rather than take the Constitutional route of having her impeached, the regime removed Chief Justice Maria Lourdes Sereno from office in 2018 by filing a quo warranto writ before the Supreme Court. This year it did the same thing against broadcasting network ABS-CBN, once again bypassing the lower House of Congress. That chamber has the Constitutional prerogative of impeaching the Chief Justice and is also tasked with granting and renewing broadcast franchises.

Not that it wasn’t then, and that it isn’t now, almost certain that the regime would succeed in getting enough votes in the House of Representatives to, in the first instance, impeach Chief Justice Sereno, and in the second, to get it to not renew the ABS-CBN franchise.

In 2018, the Duterte “supermajority” had the numbers but could not competently muster the credible bases for the impeachment of Chief Justice Sereno. Although several bills renewing the ABS-CBN franchise have been filed in the House, the majority there has simply refused to take them up before March 30 when the network’s 1995 franchise expires. The regime apparently thought then and still thinks now that like impeachment, an outright rejection of ABS-CBN’s franchise would raise too many questions. It would be too drawn-out a process, in the course of which the pros and cons could be so adequately discussed that it could challenge the regime’s claims and versions of events.

The quo warranto writ against ABS-CBN claims that it has been accepting foreign investments in alleged violation of the Constitution. This was one of the arguments of the Securities and Exchange Commission (SEC) when it canceled the registration of online news site Rappler — another alleged regime critic and allegedly “biased” purveyor of information about it. The petition carefully steers clear of any argument based on how the network has been reporting the news by also claiming that it has been violating the conditions of its franchise and has not informed Congress of changes in its operations.

Try as regime spokespersons might to deny that (1.) the Solicitor General is seeking to shut down ABS-CBN in obedience to President Rodrigo Duterte’s expressed desire to do so, and (2.), that the same official’s act has anything to do with press freedom and free expression, the contexts in which the writ has been filed are indisputable. When the same Solicitor General first used the writ, it was preceded by a series of verbal attacks on Chief Justice Sereno by Mr. Duterte, who, in a number of open threats said he would ignore the then Supreme Court’s decisions related to due process and human rights as they were being violated by the police’s killing of suspected drug addicts and pushers during the regime’s brutal and sham “war” on drugs. It was used to rid the regime of a Chief Justice whose being true to the principle of judicial independence and respect for the fundamental human right to life was an obstacle to its drive to restore authoritarian rule. But it was at the same time also a warning to others, whether government official or private citizen, that it would penalize the critical and those who dare exercise their right to free expression.

Today as in 2018, the regime’s filing of a quo warranto writ against ABS-CBN was preceded by a series of threats by Mr. Duterte that he will prevent the renewal of the network’s franchise on the argument that it defrauded him and is “biased” in its reporting. ABS-CBN has denied the accusation of fraud, which, whether true or not, could have been decided by a competent court. But the claim that it is biased is just another way of saying that Mr. Duterte doesn’t like how the network has been reporting on his government, in response to which, therefore, he wants to punish it for being critical of his policies and not giving him the good press he thinks he deserves. In short, Mr. Duterte wants it “out” for exercising its right to press freedom.

Punishing a media organization for its reporting is a form of censorship known as subsequent punishment. At the same time, shutting the network down would also be a form of censorship known as prior restraint by threatening other media organizations with the same fate should they continue to observe the fundamental journalistic principle of truth-telling and the responsibility of holding government to account.

But Mr. Duterte has gone even farther than denying the independent press and media their constitutionally protected rights. So certain has he been that the ABS-CBN franchise would not be renewed that he even urged in December last year that the present owners sell it.

His confidence then seemed based solely on, again, his control over his accomplices in the House of Representatives. But it has since been obvious that he was also relying on his Solicitor General’s wily use of the quo warranto writ to get his wishes, which include his enabling the transfer of the network’s ownership from the Lopez family to one of his cronies. As his spokesperson has coyly declared, the network can reapply for a franchise before the lower House even if it loses the quo warranto case before the Supreme Court. What he didn’t say was that such a reapplication could flourish only if its ownership changed into a group the regime supports and approves of.

Such a change of ownership would transform a previously independent part of the media into, in the words of Ben Bagdikian, the late American media critic and former Dean of the Graduate School of Journalism of the University of California at Berkeley, just another branch of “a private Ministry of Information.”

The network would remain privately owned, and seemingly independent. But just like several other privately owned networks, tabloids, and broadsheets in which hacks pretending to be journalists pollute the public sphere daily with false, misleading, and malicious information, it would be just another regime voice in the discussion of such public issues as war and peace, national and social development, human rights, politics and governance, impunity and the rule of law, international relations, public health issues, and disaster response.

These issues involve the lives and fortunes of millions and, in the case of the need to monitor government responses to disasters and sustainable peace and development, many are issues that involve life or death. Without the reliable information that only a free press can provide, they cannot be adequately understood and addressed by the citizenry in this rumored democracy.

This is where the use of quo warranto as a weapon against regime critics and the independent press has brought us. But into what other realm of darkness will the regime’s continuing to wield it against critics and the independent press force this country and its people? Into that diseased provincial despotism that is slowly but surely poisoning these isles of woe? Or into an even worse contagion of brutality, madness, corruption, incompetence, want and fear?