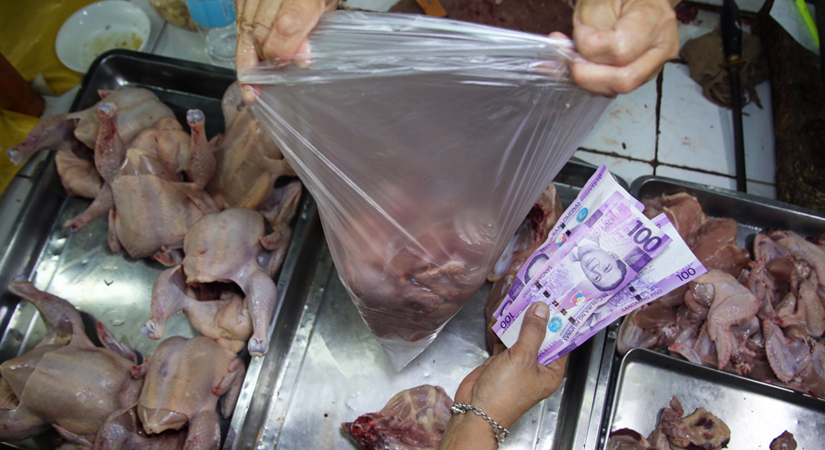 THE Philippine Statistics Authority (PSA) is confident in using 2018 prices as the base for measuring the country’s gross domestic product (GDP), saying that there are no implications in doing so despite multi-year high inflation rates during that year.

“Wala namang bearing ’yung pagpili ng base year (There is no bearing in choosing that base year)… I think 2018 is a very good time as a base,” PSA chief Claire Dennis Mapa told BusinessWorld on the sidelines of an event in Quezon City on Thursday.

The PSA last month announced it will begin using 2018 prices as the base for measuring GDP starting this year.

“Rebasing is a common practice wherein we rebase the GDP and other indices to make sure we are capturing the economic activities of the industry currently,” Mr. Mapa said.

Using an outdated base could mean that the growth of an economy may be underestimated as new industries may not be captured by the old method.

This includes sectors with growing importance such as information and communication technologies (ICT), business process outsourcing, and e-commerce.

Mr. Mapa said the PSA added around seven more categories in the sector, which include education, health, and ICT that were previously tagged under “other services.”

“There’s no problem in updating the base year to a more recent period since it would be more reflective of goods and services available in the market, as well as the current conditions in the economy,” said University of Asia and the Pacific Economist Victor A. Abola in a phone interview.

“The goal is to capture what is really happening in the real macro-economy. The rebased series, compared to the previous base series, may actually reveal pertinent and helpful information about the said series,” Mr. Asuncion said in an e-mail.

There had been discussions for years with regard to which base year to use in updating the national accounts. The PSA had considered 2012 and 2015 as base years but were turned down by the PSA Board, which consisted of the Secretary of Socioeconomic Planning and key representatives of government agencies.

The PSA reports GDP growth on a quarterly basis as an overall measure of the Philippine economy’s performance.

The economy expanded by 5.9% in 2019, the slowest in eight years or since the 3.7% print in 2011, breaking the economy’s seven-year streak of at least six percent growth.

Based on current assumptions, the government targets 6.5-7.5% GDP growth this year until 2022.

The PSA will conduct briefings for the media ahead of the first-quarter GDP growth release on May 7 to explain the process of rebasing and on how it is expected to affect historical data. — with inputs from Mark T. Amoguis