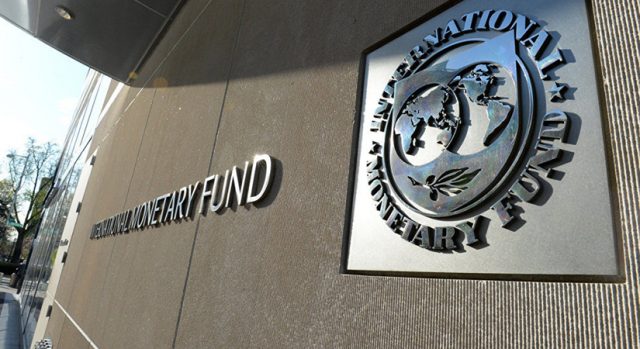 THE International Monetary Fund (IMF) sees the Philippine economy bouncing back slightly faster than previously expected this year, but noted it is “critical” to contain the surge in coronavirus disease 2019 (COVID-19).

In its World Economic Outlook titled “Managing Divergent Recoveries” published on Tuesday, IMF said it expects the country to grow by 6.9% this year, faster than the 6.6% estimate it gave in January. This outlook is well-within the 6.5% to 7.5% target set by the government.

The IMF also maintained its Philippine growth forecast for next year at 6.5%.

The ASEAN-5 region is expected to grow slightly slower at 4.9%, from a previous estimate of 5.2%, this year. Among the five countries, the Philippines has the fastest growth projection, followed by Vietnam and Malaysia (both at 6.5%), Indonesia (4.3%), and Thailand (2.6%).

“This partly reflects the fact that the Philippine economy contracted more last year compared to its peers and hence the rebound this year is expected to be stronger, other things being equal,” IMF Representative to the Philippines Yongzheng Yang said in an e-mail.

While the IMF upgraded its growth forecast for the Philippines this year, Mr. Yang cautioned that tighter quarantine measures and the recent spike in COVID-19  infections are significant risks to this outlook.

“Needless to say, these growth forecasts are subject to substantial uncertainty. In particular, recent hikes in virus infections pose a significant downside risk, as tightening quarantine measures could dampen economic activity,” he said.

Mr. Yang added a slower-than-expected pace of vaccination, continued geopolitical and trade tensions, and potential volatility in the global financial market could also potentially contribute to a dimmer economic outlook in the country.

“At this juncture, it is critical to strengthen virus containment measures to bring infections under control and to maintain macroeconomic support to reduce scarring effects of the pandemic,” Mr. Yang said.

Metro Manila, Cavite, Laguna, Bulacan, and Rizal are under the strictest lockdown until April 11 to curb the virus spread. Analysts and health experts have warned tighter restriction measures alone will only lead to further losses in the economy if not paired with heightened testing, tracing, and treatment of COVID-19 infections.

Mr. Yang said the IMF’s latest forecast for the Philippines considered the stronger-than-expected growth in the fourth quarter last year which could boost recovery prospects for the country.  Fourth-quarter GDP grew by 5.6% compared with the July to September period.

The IMF also anticipates heightened fiscal stimulus from the 2021 national budget, carry-over funds from the 2020 appropriations, as well as unused allocations from Republic Act No. 11494 or the Bayanihan to Recover as One Act.

With the pandemic’s end still unclear, Mr. Yang said vital assistance and reform measures will be beneficial for both households and businesses.

“Targeted support to vulnerable households should continue while strengthening social protection programs over time. Continued structural reforms to reduce restrictions on inbound foreign investment and efforts to ease the burden of doing business and resource reallocation would also help recovery,” he said.

Meanwhile, the IMF upwardly revised its growth forecast for the global economy to 6% from 5.5% in January, citing upside risks from additional fiscal support in some large economies and a “vaccine-powered” recovery by the second half of 2021. It likewise raised its outlook in 2022 to 4.4% from 4.2%

Despite the rosier outlook, the multilateral lender stressed how economies are seeing divergent paths of recovery and the potential for persistent economic damage from the crisis. These varying recovery tracks will likely lead to “significantly wider gaps in living standards” compared with the pre-pandemic situation.

“Emerging market economies and low-income developing countries have been hit harder and are expected to suffer more significant medium-term losses,” the report said.