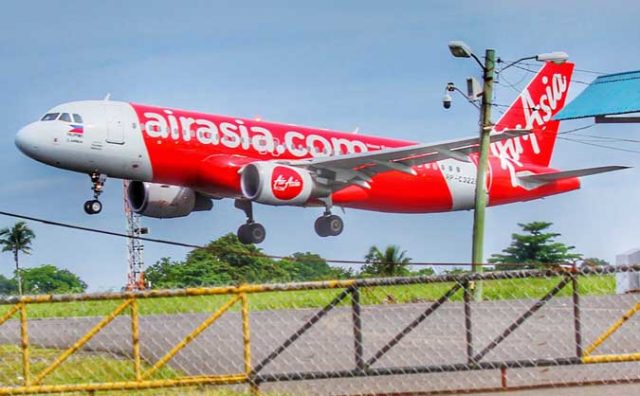 MALAYSIA-BASED AirAsia Group Berhad announced on Wednesday that its Philippine unit, Philippines AirAsia, Inc., saw a 2% increase in passengers carried in the second quarter of the year.

“Monthly breakdown showed that load factor was as high as 83% in June 2021, boosted by active capacity management,” the airline group noted.

“This was despite running a limited number of charter and passenger flights due to community quarantine restrictions and despite flying only from its Manila hub,” it added.

AirAsia also said that expectation of high vaccination rates in Southeast Asian countries by the end of 2021 is lending confidence on upcoming recovery, supported by its “robust short-haul model in addition to leaner and more stabilized operations.”

The group has said it expects domestic operations in the Philippines to be below 25% of pre-pandemic levels until at least September while the population awaits widespread vaccination against the coronavirus disease 2019 (COVID-19).

Philippines AirAsia announced last week its plan to restore its hub in Clark by the fourth quarter of the year.

AirAsia said it started its Philippine operations in Clark in March 2012.

Pangilinan steps down as president, CEO of PLDT