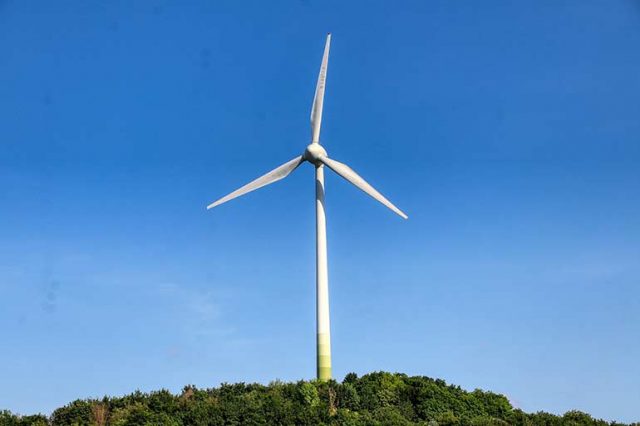 The country’s energy grid continues to shift away from traditional sources and further to renewable ones. This was highly noticed in the past months as concerns on individual health and environmental welfare heightened amid the coronavirus disease 2019 (COVID-19) pandemic.

Hearing the louder call to harness cleaner sources of energy, both public and private sectors have strengthened their commitments to energize the country through renewables.

On the government’s part, the Department of Energy (DoE), through Secretary Alfonso G. Cusi, reaffirmed its commitment last year to develop the country’s renewable resources in fulfillment of the Renewable Energy Act of 2008.

In line with this commitment, a very notable move made by the DoE in 2020 was its moratorium on endorsements for greenfield coal power plants. Declared by Secretary Cusi last October, the moratorium is driven by the need for the country “to shift to a more flexible power supply mix.”

“This would help build a more sustainable power system that will be resilient in the face of structural changes in demand and will be flexible enough to accommodate the entry of new, cleaner, and indigenous technological innovations,” Mr. Cusi said in a statement.

Clean energy’s share
According to the DoE, renewable energy (RE) accounted for 33% of the country’s Total Primary Energy Supply in 2019. In terms of the country’s power capacity mix, meanwhile, Mr. Cusi shared in a virtual Energy Investment Forum last December that renewable energy’s share as of 2020 stands at 29.2%, with hydro contributing the most at 14.6% and followed by geothermal 7.5%, solar at 4%, wind at 1.7%, and biomass at 1.4%.

Contributing to this share are leading energy players which have taken the initiative to harness the country’s renewable resources. One of these players is Aboitiz Power Corp. which is regarded as a pioneer in renewables when it started its renewable portfolio with hydropower as early as the 1970s. As it expanded to other resources within the category, AboitizPower, together with its partners, is the Philippines’ largest owner and operator of renewable energy to date, with a total installed capacity of more than 1,500 megawatts (MW) to date.

“Our renewables portfolio, called Cleanergy, has a mix of RE technologies such as geothermal, hydro, and solar to address varying energy demands,” AboitizPower further explained. “This allows us to be more flexible and responsive to our customers’ requirements,” it added.

On the other hand, MERALCO PowerGen Corp. (MGen) — through its RE unit MGen Renewable Energy, Inc. (MGreen) — has a portfolio led by solar, with its 50-MW solar plant in San Miguel, Bulacan, whose operations have just started this month.

Bigger targets
Alongside a stronger commitment to renewables, new targets have been set to further ensure the goal is attained. Earlier in February, the DoE renewed its RE targets in its latest National Renewable Energy Program (NREP). From a 54% target by 2040, announced last December, the updated NREP proposed a target of 55.8% by 2040 and 37.3% by 2030. The current NREP, spanning from 2011 to 2030, targets to bring the share of RE to 35% by the end of that period.

Along with this, the Philippines revised its target to reduce greenhouse gases (GHG) by 75% between 2020 and 2030. Among other gases, GHG covers carbon dioxide and methane, which have been observe to come from using traditional energy sources.

The country’s Nationally Determined Contribution to the UN Framework Convention on Climate Change, submitted earlier in April, states that under its 75% target, 2.71% is unconditional, or will be undertaken by the government through domestic resources.

The remaining 72.29%, meanwhile, is conditional on the support of climate finance, technologies and capacity development provided by developed countries, as prescribed by the Paris Agreement. Moreover, this portion represents the country’s ambition for GHG mitigation for several sectors, including energy.

AboitizPower expressed its support for the government in meeting these targets that aim to significantly reduce the country’s carbon footprint. “With decades of extensive experience and proven track record in RE, AboitizPower is well-positioned to actively participate in the government’s RE programs and significantly contribute to the country’s RE targets,” the firm added.

AboitizPower is also constantly innovating and adapting to new RE technologies to ensure that the current and future RE needs of the country will be served, the firm continued.

In the next 10 years, AboitizPower is further growing its Cleanergy portfolio as it heavily invests in renewable energy, especially wind, hydro, and solar, as well as other technologies such as battery. “This is in support of the government’s efforts to build the country’s RE market and also our contribution to the global RE targets,” the firm explained.

Also, MGen’s parent firm Meralco, through Chairman Manuel V. Pangilian, said in a BusinessWorld report that the company looks forward “to many more investments in renewables, particularly solar, as we attempt to achieve that balance in fuel sourcing, which will ultimately be biased towards renewables”.

AboitizPower also notes certain programs already set in place to build and grow the country’s RE market. These are the Renewable Portfolio Standards, which require power distributors to source a certain portion of their electricity requirements from eligible RE sources; and the Green Energy Option Program (GEOP), which provides end-users with the option to choose RE sources.

“We are optimistic that these programs will encourage more consumers to switch to RE; and as a pioneer and leader in the RE space, we are ready to serve the growing RE demand,” the firm pointed out.

First Gen Vice-President for Power Marketing, Trading and Economics Carlos Lorenzo L. Vega announced early in March that it will make around 690 MW of geothermal power available for the GEOP.

Glimmers of hope in real estate

Newest shifts in the residential market

Gifts that give back