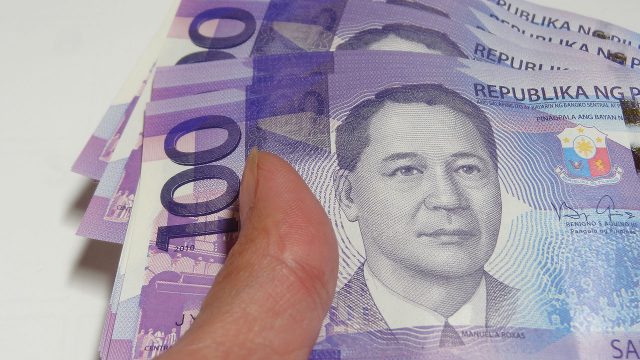 THE PESO rallied versus the dollar on Thursday amid data showing slower growth in the country’s imports, which could mean decreased demand for the greenback.

The local unit closed at P49.92 per dollar on Thursday, rising by 19 centavos from its P50.11 finish on Wednesday, based on data from the Bankers Association of the Philippines.

The peso opened Thursday’s session at P50.20 versus the dollar, which was also its weakest showing. Meanwhile, its intraday best was at P49.90 against the greenback.

Dollars exchanged increased to $1.164 billion on Thursday from $937.6 million on Wednesday.

The Philippine Statistics Authority reported on Thursday that the country’s trade deficit widened to $3.29 billion in July from $2.13 billion a year earlier.

Preliminary data showed the country’s import bill increased by 24% to $9.71 billion that month, slower than the 43.4% expansion in June but a reversal of the 20.8% contraction seen in the July 2020. Exports also rose by 12.7% year on year to $6.42 billion in July, easing from the 18.8% pace in the previous month but rebounding from the 8.9% decline in the same month last year.

Meanwhile, a trader attributed the local unit’s climb to the decline in the yield on 10-year US Treasuries. The average rate of the 10-year notes went down 3.9 basis points to 1.333% on Wednesday, Reuters reported.

Peso inches lower against the dollar

Slower growth likely due to Omicron

Peso may decline vs the dollar on expectations of weak GDP