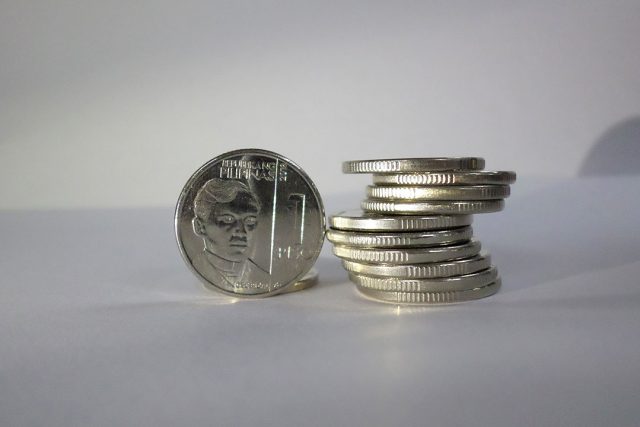 THE PESO is expected to weaken versus the greenback this week on expectations of faster inflation in September.

The local unit closed at P50.79 per dollar on Friday, appreciating by P21 centavos from its P51 finish on Thursday, data from the Bankers Association of the Philippines showed.

The Philippines Manufacturing Purchasing Managers’ Index stood at 50.9 in September, beyond the 50 mark that separates expansion from contraction, IHS Markit reported on Friday. This is a turnaround from the 46.4 logged in August and is the best reading since the 52.2 in March.

Meanwhile, UnionBank of the Philippines, Inc. Chief Economist Ruben Carlo O. Asuncion said there was safe-haven demand for the dollar last week on concerns over the debt crisis faced by Evergrande Group.

Reuters, citing sources, reported some of Evergrande’s bondholders were unable to receive a due coupon payment on Wednesday even after the developer reached a $1.5-billion deal with a Chinese bank to settle its debt.

For this week, Mr. Asuncion said market sentiment will be guided by elevated inflation expectations.

A BusinessWorld poll of 17 analysts yielded a median estimate of 5% for September headline inflation, closer to the upper end of the central bank’s 4.8%-5.6% estimate for the month and above its 2-4% target for the year. If realized, this will be faster than the 4.9% in August as well as the 2.4% a year earlier. It will also be the quickest print since the 5.1% in December 2018.

On the other hand, Mr. Ricafort said relatively lower coronavirus infections in the previous days may fuel optimism and support the peso’s strength.

New cases rose by 14,786 on Saturday to bring the total active infections to 144,061, data from the Department of Health showed. This marked the seventh straight day that new cases were lower than 20,000.

In Imelda Marcos’ world, wealth takes a backseat to power