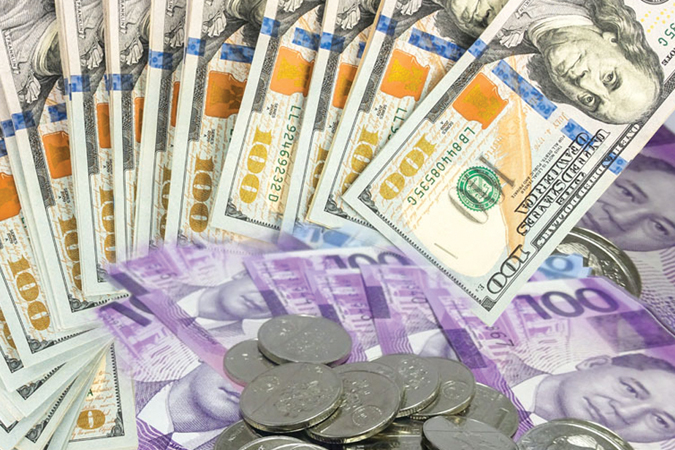 THE PESO may weaken this week as markets monitor a possible second wave of coronavirus disease 2019 (COVID-19) infections following the reopening of some economies and following a continued correction in oil prices.

The local unit closed at P50.76 versus the dollar last Friday, retreating by 31.50 centavos from its P50.445 finish on Thursday, according to data from the Bankers Association of the Philippines.

“The peso closed weaker after the latest increase in global oil prices to near 1.5 month highs amid record output cuts,” Mr. Ricafort said in a text message.

The recent increase in oil prices came after significant supply cuts by the Organization of the Petroleum Exporting Countries (OPEC) and other major producers, according to Reuters. This, as demand also starts to recover, specifically in some major importers such as China.

Data from the Bangko Sentral ng Pilipinas showed cash remittances rose by 2.6% to $2.358 billion in February from the $2.648 billion seen a year ago. This is slower compared to the 6.6% pace seen in January.

Meanwhile, UnionBank of the Philippines, Inc. Chief Economist Ruben Carlo O. Asuncion said the peso’s weakness was on the back of market jitters due to a second wave of the virus outbreak.

“Peso may be tracking fears of second wave infections in a number of economies. If it happened in other countries, the possibility is also high locally,” he said in a text message.

For this week, the market will track both international and local developments on the spread of COVID-19 amid a resumption in economic activity, said RCBC’s Mr. Ricafort.

“Major leads include the reopening of more economies and if there would be some increase in new infections,” he said.

He added that the market will also monitor the upward movement in oil prices and developments in the US-China trade talks.

China’s foreign ministry said on Saturday that the US should stop the “unreasonable suppression” of Chinese firms like Huawei Technologies Co.

“An important driver is the national budget deficit data that may put a downward pressure on the peso,” he said.

The April budget balance data is scheduled to be reported by the Bureau of the Treasury on May 25.