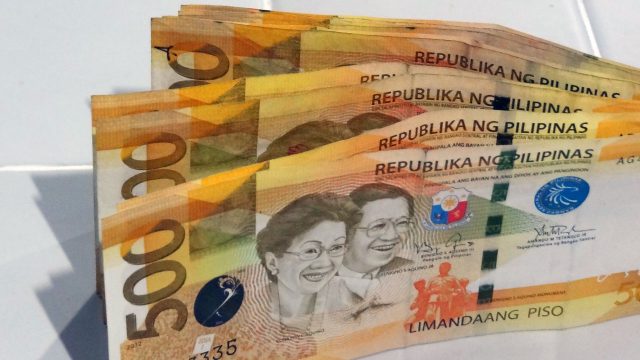 THE PESO weakened versus the greenback on Wednesday following hawkish signals from the US Federal Reserve.

The local unit closed at P50.43 per dollar, shedding 2.9 centavos from its P50.401 finish on Tuesday, based on data from the Bankers Association of the Philippines.

The peso opened Wednesday’s session at P50.37 per dollar. Its intraday best was at P50.25, while its weakest showing was its close of P50.43 versus the greenback.

Dollars exchanged dropped to $796.1 million on Wednesday from $859.9 million on Tuesday.

Mr. Powell on Tuesday said that it remains unclear if the outbreak of the more infectious Delta variant will have noticeable repercussion for the economy, Reuters reported.

He said while the pandemic will likely continue “for a while”, “people and businesses have improvised and learned to adapt” in order to carry on.

Separately, Minneapolis Federal Reserve President Neel Kashkari said trimming the central bank’s bond-buying program could be “reasonable” by late 2021, although this will be dependent on further progress in the labor market.

Meanwhile, a trader said the peso depreciated as players waited for the release of the minutes of the Fed’s policy meeting in July later on Wednesday.

Last month, the US central bank kept the policy rates unchanged near zero saying concerns over the pandemic remains despite some signs of progress in the economy.

For today, both Mr. Ricafort and the trader gave a forecast range of P50.25 to P50.50 per dollar. — LWTN with Reuters