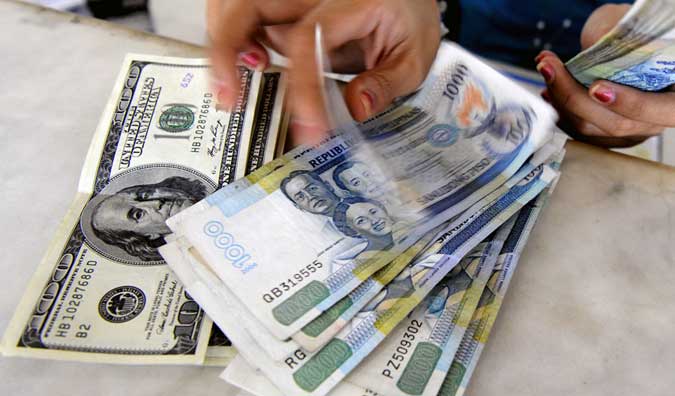 The peso rallied against the dollar Friday to its strongest level since November 2016 with dollar sentiment dented by the US failure to contain its coronavirus infection levels.

The peso closed at P49.33, against its P49.365 finish Thursday, according to the Bankers Association of the Philippines.

The Friday close was the peso’s strongest since closing at P49.17 on Nov. 15, 2016, according to Rizal Commercial Banking Corp. Chief Economist Michael L. Ricafort.

The dollar lost favor due to the surge in US infections, UnionBank of the Philippines, Inc. Chief Economist Ruben Carlo O. Asuncion said.

“The peso still trended toward strength as the US continues its bout against increasing COVID-19 (coronavirus disease 2019) infections,” he said in a text message.

COVID-19 patients in the US hit more than four million Thursday. The US new-infection rate is 2,600 per hour, the highest in the world.

Mr. Ricafort said the dollar also weakened after the release of the weekly jobless claims.