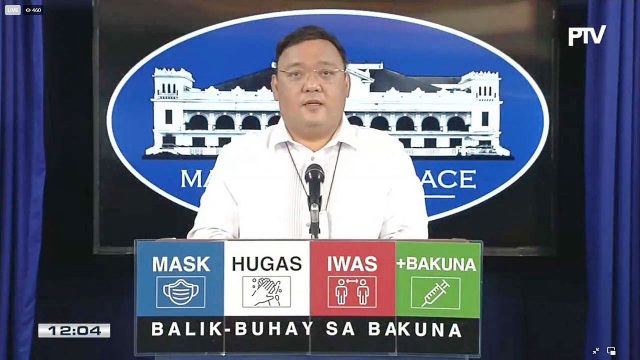 THE PRESIDENTIAL palace on Monday said Philippine press freedom is not under attack, even as it commended a journalist critical of President Rodrigo R. Duterte for winning the Nobel Peace Prize.

The Norwegian Nobel Committee last week awarded the prize to Ms. Ressa, who founded news website Rappler, along with Russian journalist Dmitry Muratov “for their efforts to safeguard freedom of expression, which is a precondition of democracy and lasting peace.”

Mr. Roque said the award was not a “slap on the government.” “There is no slap there because as everyone knows, no one has ever been censored in the Philippines.”

Rappler has published reports critical of Mr. Duterte’s policies, including his deadly drug war that has killed thousands.

Aside from banning Rappler from covering presidential events, Mr. Duterte has been attacking media critical of his administration. His allies in Congress last year rejected the franchise application of ABS-CBN Corp., which aired news stories about his alleged secret bank accounts.

Mr. Roque insists Mr. Duterte did not have anything to do with the rejection of ABS-CBN’s franchise.

The Philippines this year slipped two notches in the World Press Freedom Index by Reporters Without Borders, ranking 138th among 180 countries. It was the fourth consecutive year that the country fell in the Paris-based organization’s ranking. — Kyle Aristophere T. Atienza

Former Duterte aide hints at dropping out of presidential race

‘Imagination machine’ seen as next step in firms’ post-pandemic planning