Today is the second day of the 13-day UN Climate Conference 2021 in Glasgow, UK. Until last week, many news outlets from print, TV, and online reported many alarmist climate scenarios of what would happen unless the world gets out of fossil fuels especially coal. Consider these recent reports in BusinessWorld, (I included some local energy stories):

The ADB has joined the No-coal-financing bandwagon, now with an acquire-retire-coal-soon scheme and targeted the Philippines, Vietnam, and Indonesia. But the ADB cannot and will not offer that scheme to China and India because they cannot bully these two big coal consumers but they can bully smaller ASEAN countries. 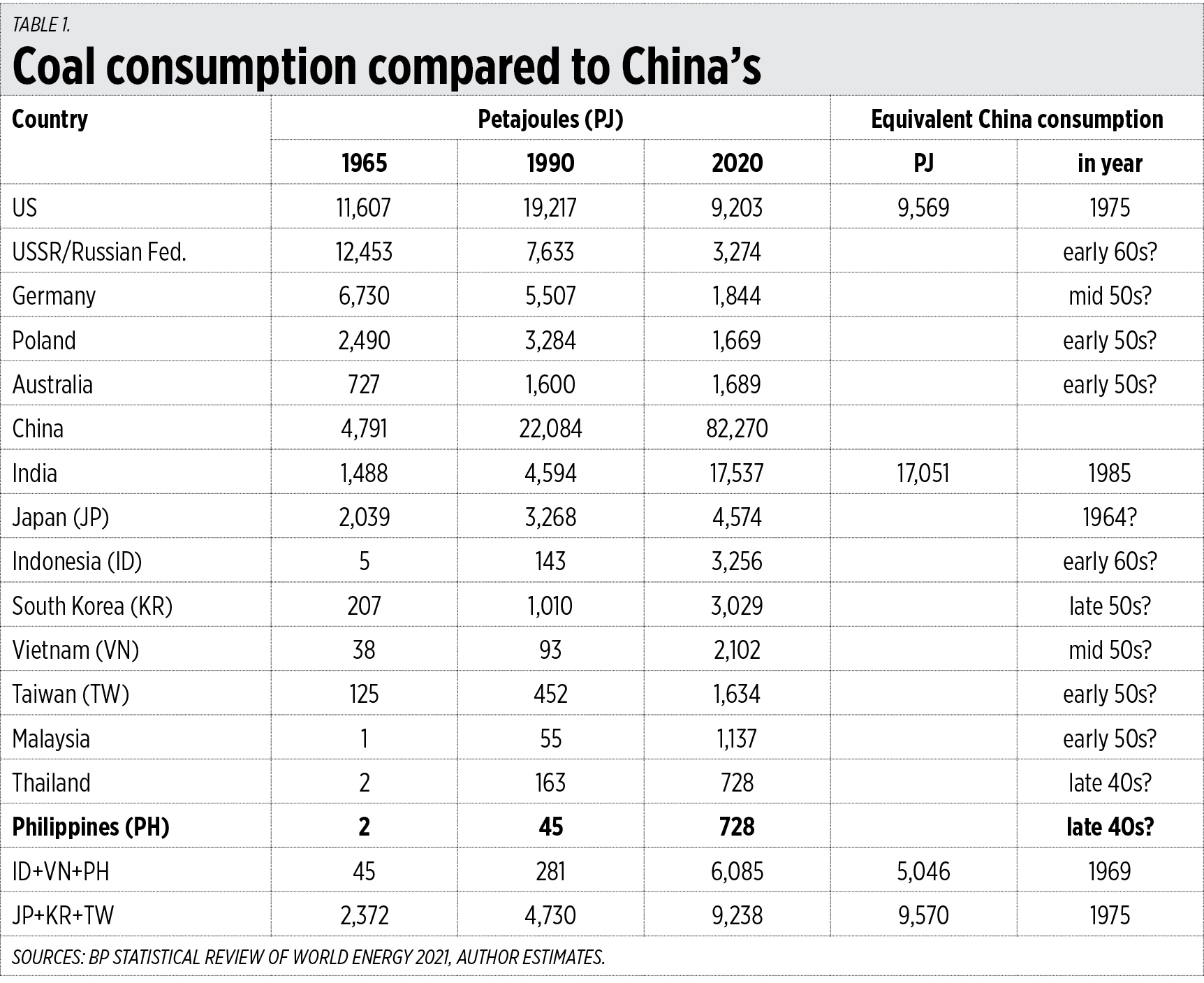 The bad news for the Glasgow climate meeting is that China’s Xi and Russia’s Putin are not attending and not sending any delegations. In the second report from the list above, about the Power Sector Assets and Liabilities Management Corp. (PSALM), extending its life by another 30 years until 2056, means that it will be a forever bureaucracy. It might even become bigger by re-acquiring already privatized power plants. Then we will go back to the old National Power Corp. days of losing money by “selling cheap power” and just passing all the losses to taxpayers. Let us review the budget and subsidies of the Department of Energy (DoE) and its attached corporations. The most tax-hungry are the National Electrification Administration (NEA) with P5 to P13 billion in subsidies in 2019 and 2020, followed by PSALM with P16 billion in subsidies for 2021-2022 (see Table 2).The NEA is a forever problematic corporation because it pampers and spoils inefficiently run and losing electric cooperatives (ECs) around the country, geographical monopolies that refuse to become private distribution utilities (DUs) and be under Securities and Exchange Commission monitoring. We now have many one-person corporations and yet these ECs with assets worth multi-millions do not want to become private corporations.

PSALM is supposed to bring more billions into the Treasury via the privatization of remaining government-owned power plants, but instead, PSALM will seek billions in subsidies and they intend to become a forever bureaucracy. In the third news report above, on the Philippine Energy Plan (PEP), Senator Sherwin Gatchalian plans to allocate taxpayers money for geothermal exploration — Why? Costly energy exploration is part of risks and rewards of business, taxpayers — who are already burdened with huge public debt that must be paid with higher taxes in the near future — must be spared.

In the fourth report, about the National Grid Corp. of the Philippines (NGCP) ordered to acquire sufficient ancillary services (AS), this should have been done many years ago. AS are effectively peaking plants, on standby to run anytime and whose energy is priced higher because they do not run 24/7, but they will provide energy security and stability, and having them avoids the situation of having frequent yellow-red alerts and near blackouts.

The NGCP has become a big monopoly and a pretender. Pretending to charge a “low transmission charge” but actually exposing electricity consumers nationwide to regular, annual yellow-red alerts of near or actual blackouts. The NGCP should have been long been penalized by the ERC and Congress, but because it is a huge monster monopoly — the only remaining nationwide monopoly in the country — it gets only an occasional slap on the wrist from the ERC.

Finally, we are accumulating huge public debt — P8.22 trillion in 2019, P10.25 trillion in 2020, P11.92 trillion in by September this year, rising by an average of nearly P200 billion per month.  We may have P12.65 trillion by end-2021, and P14.5 trillion to P15 trillion by end-2022. These are huge debts that must not be passed on as huge tax hikes or new taxes to the public. One option is large-scale privatization of some government corporations and assets. Like PAGCOR (Philippine Amusement and Gaming Corporation), like many government power plants under PSALM (whose estimated assets in 2022 are P496.2 billion), the National Transmission Corp. (TransCo, with assets worth P324.9 billion), NPC (P52.0 billion), and NEA (P16.6 billion).

Trends in global and national trade, prospects for the near future