Home Editors' Picks This is disturbing 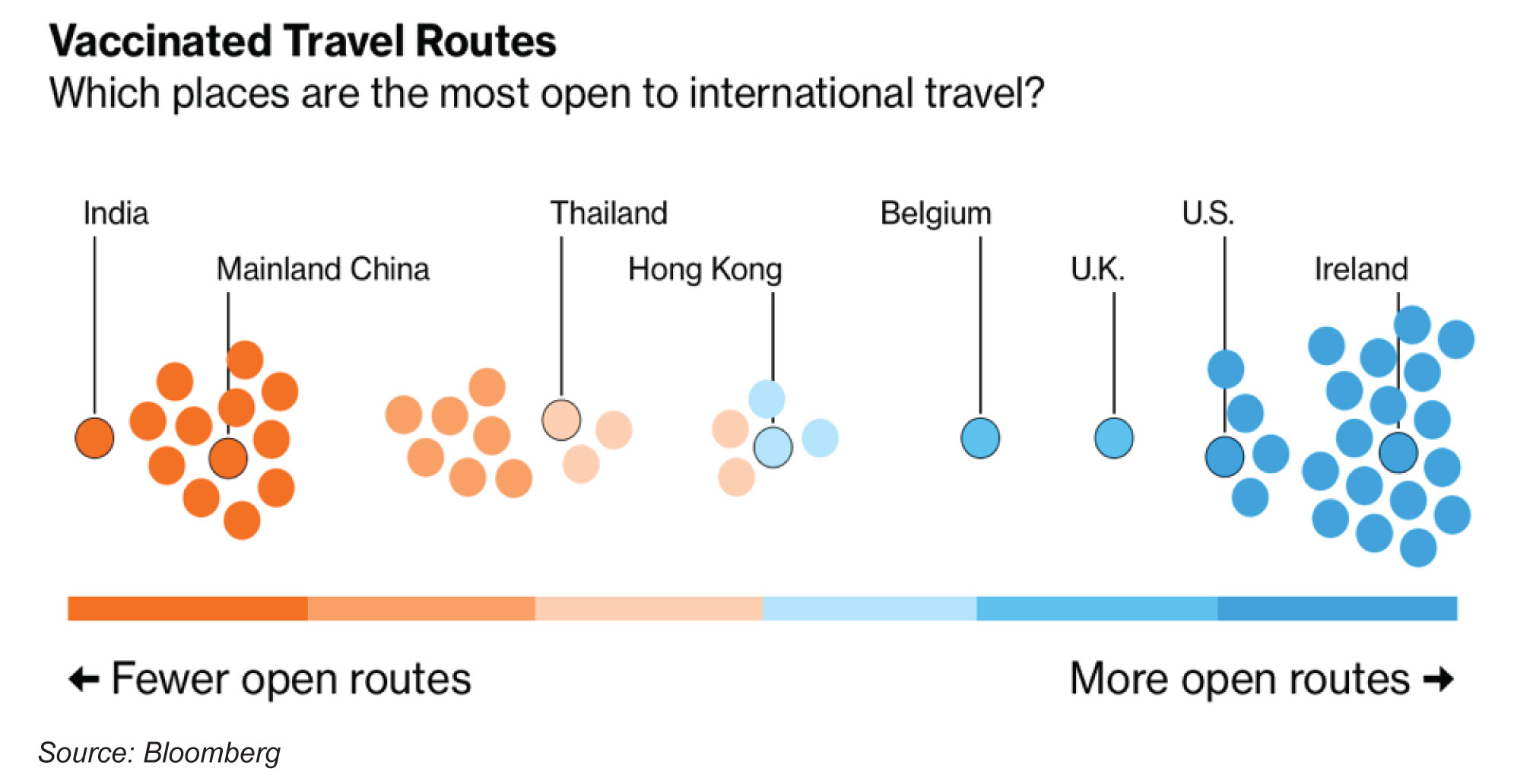 In 2014, seven years ago, the Philippines was acclaimed by the Washington-based Center for Global Development as the most resilient emerging market to external shocks. Some 21 countries were covered and the Philippines topped South Korea, China, Chile, Thailand and 16 other countries based on its robust macroeconomy.

Today, the pandemic apparently wreaked havoc on the country’s performance.

This September, Bloomberg’s COVID resilience ranking of 53 countries measured which of them were handling the pandemic most effectively, “with the least social and economic upheaval” on 12 data points relevant to pandemic handling, the economy and opening up. Of the 53 countries, the Philippines ranked the least resilient, followed by Vietnam, Malaysia, Thailand, and Indonesia, in ascending order. Southeast Asia is the most damaged region by the onslaught of the Delta variant aggravated by what Bloomberg termed “slow vaccination rollouts.” Over the course of 2021, health-wise, the Philippines has been going through viral wave after viral wave.

This is most disturbing.

In contrast, what used to be the worst performing countries in pandemic management — Ireland, Spain, the Netherlands, and Finland — have vastly recovered because of one important Europe-wide strategy. This is the grant of quarantine-free entry to vaccinated travelers. With such an incentive to the inoculated, vaccination rollout skyrocketed, reaching as high as 90% for Ireland’s adult population. Social activities have also been resumed.

A very liberal approach to the Delta variant did not work for the US. Bloomberg described the US mode as “unfettered normalization,” that is, reopening the economy and resuming social activities without due regard to vaccination status. As a result, infections and deaths surged, and the US, an early vaccinating world power, found itself lagging behind the others at 28th place.

Assessing the US experience is how to appreciate the recent appeal of the business sector to place Metro Manila only at Alert Level 3 starting October, “to allow them to recover financial losses brought about by the COVID-19 pandemic.” We are all for normalizing business activities and social mobility; we have been hibernating in our homes for over a year and a half.

But the Task Force should also consider the Department of Health (DoH) advice of its Epidemiology Bureau Director Alethea de Guzman. She believes that Metro Manila may remain in Alert Level 4 even as daily caseloads appear to be on a downward spiral because of lower testing output by authorized laboratories. If true, we might be committing alpha error. Of course, it can be mitigated by more widespread vaccination, face masks, constant washing of hands, and observance of other key protocols.

The suggestion by the business community is close to the European solution that involves selective easing. This is to allow the vaccinated more room for social mobility including international travel, and shorter quarantine periods. Periodic and constant testing with RT-PCR is necessary. We can only hope an automated system would also be ready to enable granular lockdowns and easing.

With data coming from Johns Hopkins University, Bloomberg distilled a few lessons from this pandemic. High-ranked countries, for instance, enjoy trust in their government and compliance with established rules and protocols. Communication is important, as New Zealand and Singapore would vouch, especially on matters involving migration of alert system from one level to another. Everybody should be in the loop. Delayed response to the virus could also be costly as the US belatedly realized. Economic scars take time to heal and therefore, are more difficult to handle. Missed opportunities will never come back. Widespread and rapid rollout of vaccines does pay off.

Another obvious lesson in this pandemic is the importance of resources. The Bloomberg report highlighted that the developing world has only done nominal vaccination because the countries have little public money to support their procurement. WHO-backed COVAX efforts to enhance access of poor countries to vaccines enabled poor countries to administer them but only at the end of February 2021. Supplies are fast running out. Hence, booster shots are now being discouraged among the wealthier nations to help free up more vaccines for the first and second timers in smaller economies.

This latest COVID resiliency ranking resonates with the World Bank’s latest action on the Philippines’ economic outlook as contained in its “East Asia and the Pacific Regional Economic Update Report” released last Tuesday. No different from the IMF and other global financial institutions including the credit rating agencies, the World Bank downgraded its 2021 growth forecast for the Philippines from 5.5% in April and 4.7% in June down to 4.3% for September. For 2022, the downgrade was from 6.3% in April and 5.9% in June on to 5.8% for the September release.

Like for the other countries, these lower forecasts for the Philippines were driven by our weak containment of the pandemic. There is broad consistency between the ASEAN countries’ Bloomberg ranking and their growth prospects.

What the Washington institution sees in terms of our pandemic management is a slow rollout of vaccines. Contrary to Philippine health authorities’ assurance that we would achieve 70% herd immunity by the end of 2021, the World Bank expects only 60% coverage by the second quarter of next year.

This is the same reason why Moody’s Analytics recently questioned the feasibility of our near-term economic recovery. Economists Katrina Ell and Dave Chia considered the risk of a more aggressive resurgence to be high due to the potent strain of the virus and the limited capacity of the health system.

No wonder, Moody’s Analytics was skeptical about the government’s recent decision to pivot away from city-wide restrictions and ease mobility restrictions although this move could also set the stage for higher domestic demand.

But there’s a catch.

Inflation is building up with the recent sharp rise in petroleum prices, expected adverse weather disturbances for the rest of 2021, and supply chain interruptions. The prolonged African Swine Fever could also be an upward risk. If the peso continues to depreciate beyond P51 to a dollar, import prices of oil and other key food commodities would begin rising. Our own Department of Trade and Industry issued increased suggested retail prices of key commodities in recognition of these factors.

Therefore, it would be difficult for the Central Bank to sustain its support of real sector activities in the face of higher inflation and much more difficult to help deliver on a pre-pandemic output performance as early as the second quarter next year. Policy rates are bound to move up sooner than later.

If monetary policy decides to do the lighter lifting, then fiscal policy should compensate. World Bank economists’ suggestions in their report are orthodox, something the Philippine Government has already included in their talking points either in the National Economic and Development Authority Board, the Development Budget Coordination Committee or even the Central Bank’s Monetary Board. With their observation about the significant reduction of the budget for social protection, the World Bank would like the government to pass bills easing restrictions on foreign investment, introducing tax reforms to strengthen the fiscal position, sustaining infra development, improving the educational sector, and adopting new technologies to enhance services and manufacturing.

There is no fundamental issue with such proposals. It is a matter of time before these agenda items are institutionalized and put on stream to produce results.

What is urgent is for the Philippine government to take both the pandemic containment and economic recovery to a higher plane of seriousness, greater thought, and trustworthy governance. Everything involves and revolves around the virus. It is also disturbing that the authorities continue to ignore the gorilla in the room.

Dealing with democracy deficit in the time of COVID-19

Funding the Bayanihan Act: What works, and may not work

Eye-catching details could blindside us