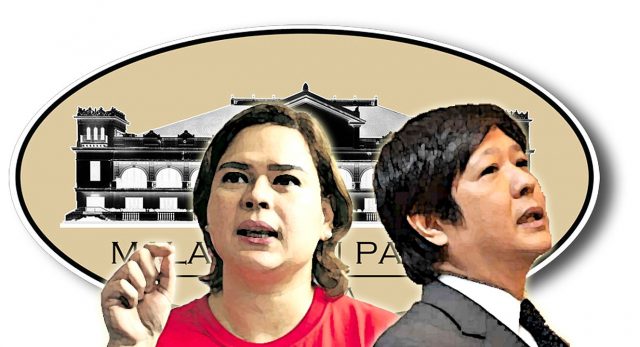 September is the birth month of Ferdinand “Bong Bong” Marcos, Jr., as it is that of his father Ferdinand Senior. Forty-nine years ago, the latter placed the entire Philippines under martial law in the same month and extended his term in office beyond 1973 when, by Constitutional decree, it was supposed to end.

Despite a mountain of evidence to the contrary, the 14 years of Marcos’ one-man rule (1972-1986) are to this day still being described as a time of peace, progress, and prosperity compared to the terrible, supposedly “democratic” disasters of the decades that preceded and followed it. Implicit in that clueless view, and, in some instances, that deliberately misleading lie, is the dangerous notion that what this country needs is another tyranny.

As distressing as that patent absurdity already is, what should be of equal concern to pro-democracy forces is that the late dictator’s son, with the support of the oligarchy’s shrillest advocates of authoritarian rule, could end up in Malacañang Palace come July 2022. Once in power, he could quite possibly express in deeds the preference of the uninformed millions for the false glories of the martial law “golden age” that he has frequently celebrated in words.

As the month was ending this year, and after peddling in social media his bizarre version of his father’s martial rule, Marcos Junior announced his intention to run for President in 2022. It was not unexpected. He lost the Vice-Presidency to Maria Leonor “Leni” Robredo in 2016, but his running for that post could only have been the prelude to his eventually seeking the Presidency. Hence his futile, five-year attempt to replace Mrs. Robredo through his claims of electoral fraud before the Presidential Electoral Tribunal.

Now 64, either he goes for the Presidency next year or waits another six years until 2028. He would then be 71. However, it could be too late for his mother Imelda, who will then be 99 years old, to see realized her dream of the family’s recapturing Malacañang after they had to abandon it (and her shoe and perfume collection) to go into exile in Hawaii, USA when Marcos Senior was overthrown by the EDSA 1 “People Power” civilian-military mutiny.

It was not bad as exiles go. Marcos and family lived in luxury in the exclusive only-for-the-rich Makiki Heights district of Honolulu, the capital of that sub-tropical paradise. Their vast fortune was, after all, still intact and accessible in various bank accounts all over the planet, as were their art, jewelry and real estate collections.

Neither did their exile last for long. After five years and with their patriarch dead, then President Corazon Aquino allowed them to return to the Philippines in 1991 so Imelda Marcos could face charges of, among others, tax fraud and corruption.

That was a huge mistake. The family’s literal homecoming was the beginning of its eventual return to power, with Imelda Marcos’ election to the House of Representatives, and Marcos Junior’s and his older sister’s making it to the Senate.

But neither their vast fortunes nor the government posts they had snagged were enough, as neither power nor pelf had ever been enough for their late patriarch. By allying themselves with, and enabling the rise to the Presidency of, Rodrigo Duterte, they are today poised not only to seize control of the government of the very isles Marcos Senior had brought to near-irreparable ruin, but also to complete the rewriting of the history of his 14-year dictatorship via his son’s election in 2022.

That is not as distant a possibility as many optimists would hope. Marcos Junior could team up with Sara Duterte, whose popularity, if we are to believe the public opinion polls, makes her a shoo-in for either the Presidency or the Vice-Presidency in next year’s elections.

Philippine elections are decided mostly by money; alliances with local warlords and political kingpins; name recall; and the benefits of incumbent access to government resources, facilities and organization. A Marcos-Duterte team would have all those advantages. In addition, as Duterte regime candidates, they would also benefit from the surfeit of supposedly reformist, regime-critical candidates for both posts, among whom are likely administration operators fielded to confuse the electorate and divide opposition votes.

But would Sara Duterte still run for national office after declaring that she would instead be running again for mayor of Davao City because, with her father’s decision to run for the Vice-Presidency, her running for such a post would violate their agreement for them not to seek national office at the same time? And would she agree to run for Vice-President rather than for President?

The answer to the first is she could, if her father withdraws in her favor. Mr. Duterte made no secret of the totally private reason behind his decision to run for VP. It is to protect himself from prosecution for the offenses that apparently he himself thinks he has committed. If that is his only reason, his daughter’s winning the post could assure him of the same protection — and Marcos Junior’s as well.

Neither principle nor ideology shapes Philippine politics. Personal, familial, and class interests do. Marcos Junior has everything to gain by having Sara Duterte for running mate. In addition to the huge campaign funds the combination of his and her war chests would bring together, he would also share in her popularity, and add her name to his as an advocate of “strong government.”

As for Sara Duterte’s running as Marcos’ Vice-President, it would not be unlikely, because of what she could gain from giving way to one of her father’s favorite candidates, whom he has often named as his worthy successor. Those gains would essentially be the same as Marcos’: a combination of money and name recall, in addition to the support of the “solid North” — and her spending the next six years preparing for a Presidential run in 2028.

This portent of things to come — the distinct possibility of such a tandem’s winning in 2022 — demands that the real opposition, the pro-democracy and truly reformist forces, unify all those groups and formations that truly care for this country and its people, and to find its own team of competent and honest Presidential and Vice-Presidential candidates that could prevent the perpetuation of the tyrannies that have made this country the development laggard of Southeast Asia.

The electoral contest in 2022 is fundamentally between those who would prolong tyranny, and those who would end it in aid of democratizing Philippine governance and society. Delayed, sabotaged, and undermined by home-grown despotism and foreign intervention, the democratization process that began during the reform and revolutionary periods of Philippine history very briefly recovered in 1986 from its curtailment during the Marcos martial law period. It has since come to a veritable standstill during the current repression of the right to life, press freedom, and free expression. It has to be restarted for the sake of this country and its people’s survival and development.

It will not do for Philippine society to continue to wallow in the same pit of poverty, mass misery, and rank injustice to which dictatorship, incompetence and greed have condemned it. For that reason alone, the elections next year are among the most crucial in this country’s recent history whose outcome could very well decide the fate of this and future generations.

PHL urged to switch to ‘resilient’ renewables after the pandemic