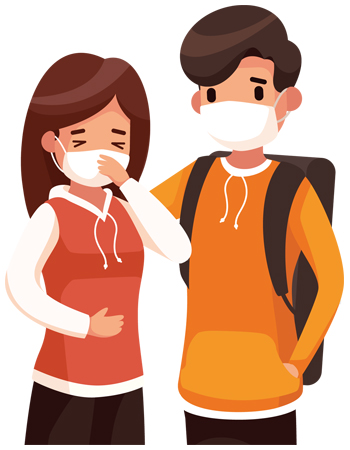 FOR FACTORIES to reopen, people to get back to work and the coronavirus to stop spreading, China needs tens of millions of face masks each day. And yet the country’s sprawling bureaucracy is sending out mixed messages about its ability to provide them. The repercussions have been felt even in Hong Kong, where throngs of panicked shoppers cleared the shelves of masks and, more perplexingly, toilet paper last week.

The world’s biggest mask producer is facing a severe shortage. Even running at full capacity, China can make only 20 million a day, nowhere close to meeting the needs of the 776 million who are slowly returning to work. As for prized surgical and N95 masks (which provide even more coverage), China can produce only about 2.2 million and 600,000 daily. The country has roughly 12 million medical professionals.

In the last week of January, China had to purchase more than 56 million masks from overseas, the government said. Apple supplier Hon Hai Precision Industry Co. took matters into its own hands when it started to make masks for employees at its flagship factory in Shenzhen.

Once again, China’s bureaucrats have proven their incompetence, starting with the government of Hubei province, whose slow response accelerated the viral spread in the first place.

Even under lockdown, Hubei of all provinces shouldn’t be this short of protective medical gear. Xiantao, a provincial city there, is a major industrial hub for the non-woven products used in surgical masks. But last week, local officials told producers that unless their goods have been cleared for sale within China, factories can’t reopen until Feb. 14.

This has created a social uproar. Many of these masks aren’t cleared for sale in the mainland because they’re exported. These businesses often lack domestic licenses precisely for this reason. Within days, the provincial government had to reverse course, because the proposed regulation would have shut down roughly half of Xiantao’s production capacity.

In the manufacturing hub of Guangdong, meanwhile, officials went into overdrive, encouraging local businesses to switch to mask production by offering generous subsidies. Companies that purchased production lines and got online by Feb. 7 received as much as 80% in rebates from the government; those meeting a Feb. 20 deadline can have up to half of their equipment costs paid for.

It’s no surprise that companies are now making masks, including automakers such as BYD Co. and Guangzhou Automobile Group Co. But this shift has stoked its own form of panic. When China’s fourth-largest tissue-paper brand, Guangdong-based C&S Paper Co., said it purchased five production lines with a daily capacity of about 350,000 masks, speculation was rife on social media about possible disruption to the paper-goods supply chain. This helps explain why Hong Kong had a toilet-paper run last week: The likes of C&S might just be too busy making surgical masks.

Judging by how well the stock market is doing, it seems global investors have learned to forgive China. Many have argued that, of all countries, China with its centralized command system can weather this epidemic better than others.

The reality is a lot murkier. We have one province so bogged down by licensing issues that its much-needed factories are lying fallow; another whose overly generous subsidies could be providing the wrong incentives and inadvertently stoking consumer panic. As it turns out, China’s bureaucracy is a lot less efficient than we imagined. Don’t be surprised if we see a diaper run, too. Even those manufacturers have switched to making masks.

‘SAFE SIX’ GUIDE FOR THE ‘NEW NORMAL’ IN OFFICES

Insurance industry’s premium income up as of Sept.