Over the course of 57 years, the Land Bank of the Philippines (LANDBANK) has taken a more expansive and relevant role in the service of Filipinos and the nation. From delivering intensified support to the country’s agriculture sector, to becoming a reliable partner of the National Government and Local Government Units (LGUs) in driving progress, LANDBANK has remained committed in pursuing its brand promise – ‘We Help You Grow.’

Despite the challenging and rapidly changing banking landscape, LANDBANK through the years has successfully managed to strike a balance in fulfilling its dual role of promoting countryside development while remaining financially viable.

The Bank has stepped up its efforts to be more responsive than ever to the needs of Filipino farmers and fishers, as well as their organizations. It has exerted greater focus on directing its loans to programs and projects that help accelerate growth, generate employment, and revitalize local economies, especially in the countryside.

As a testament to its strong financial record, LANDBANK ranks among the top five commercial banks in the Philippines in terms of deposits, assets, capital, and loans. It is by far the largest formal credit institution in the rural areas, and the only bank present in all 81 provinces of the country that caters to the financing needs of Filipinos even in the farthest corners of the archipelago.

Today, as the country faces an unprecedented crisis of massive scale due to the coronavirus disease 2019 (COVID-19) pandemic, LANDBANK has risen to the demands of unhampered public service. The Bank continues to serve at the front lines to deliver essential and uninterrupted financial services to its mandated sectors, while carrying out various response and support measures to help Filipinos and the entire nation recover, rise, and heal as one.

“As we commemorate LANDBANK’s 57th founding anniversary, we thank all our customers and partners for your continued trust and support. We assure you that LANDBANK is committed more than ever in providing uninterrupted banking service, and contribute in implementing recovery measures. We are one with the National Government and the Filipino people in rising above this adversity,” said LANDBANK President and CEO Cecilia C. Borromeo.

Unwavering support and service in the time of COVID-19

Since the beginning of the COVID-19 outbreak, LANDBANK continues to provide its clients uninterrupted access to financial services, while performing a critical role in the delivery of various support initiatives to sectors most affected by the health crisis.

While many establishments have temporarily closed to stop the spread of the virus, majority of LANDBANK branches nationwide remain open. The Bank is implementing the following preventive measures to ensure public health and safety within Bank premises:

To avoid further spread of the deadly virus, LANDBANK’s electronic and digital platforms are fully operational, providing convenient banking for customers in the safety of their homes. As of end-June 2020, LANDBANK’s e-banking channels recorded a 24 percent surge in volume of transactions. 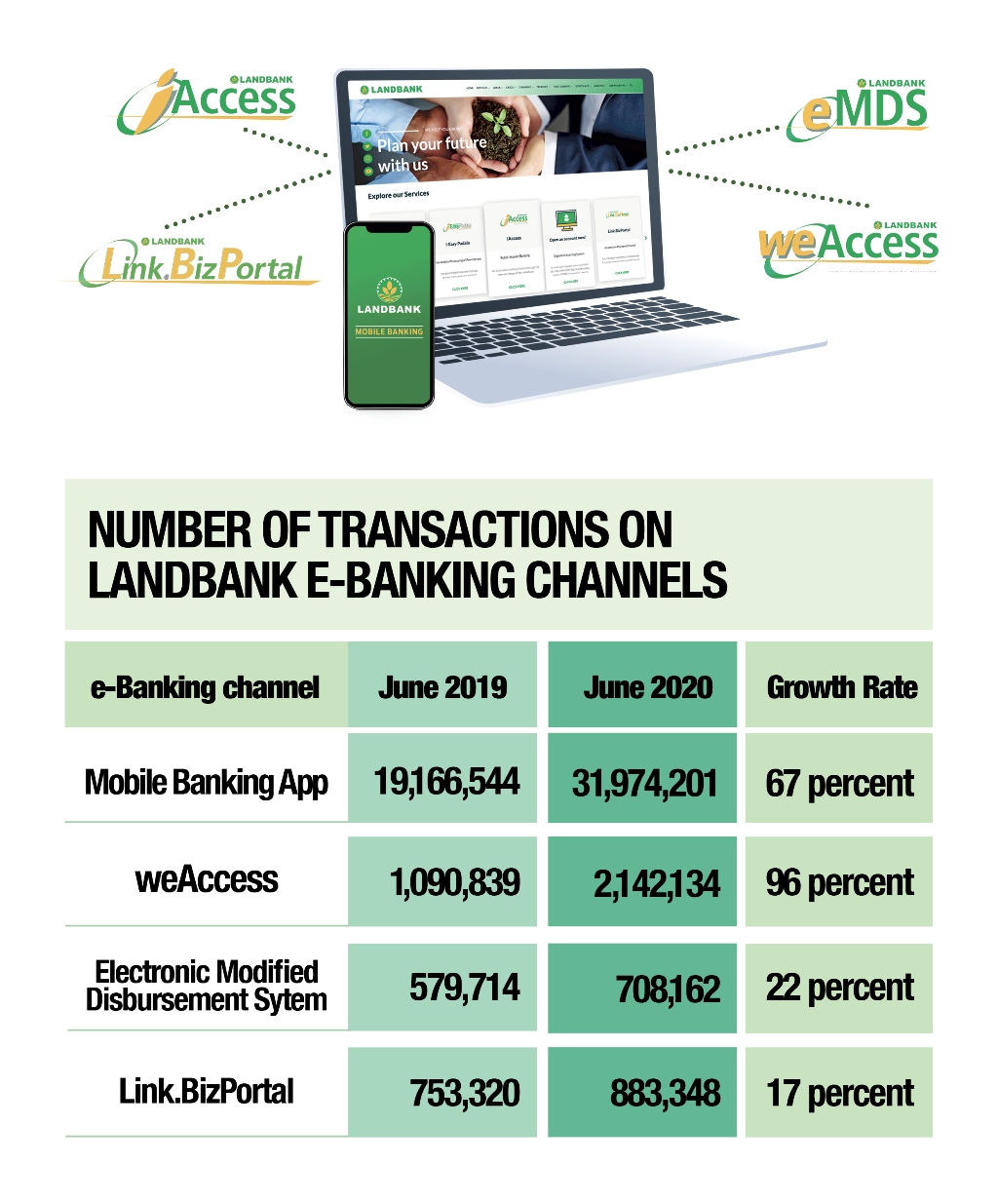 Meanwhile, LANDBANK supported the implementation of Republic Act No. 11469 or the “Bayanihan to Heal as One Act” as the main distribution arm in the delivery of various social amelioration programs (SAP) of national government agencies for qualified Filipino households severely affected by the pandemic. As of July 1, funds disbursed for these programs are the following: 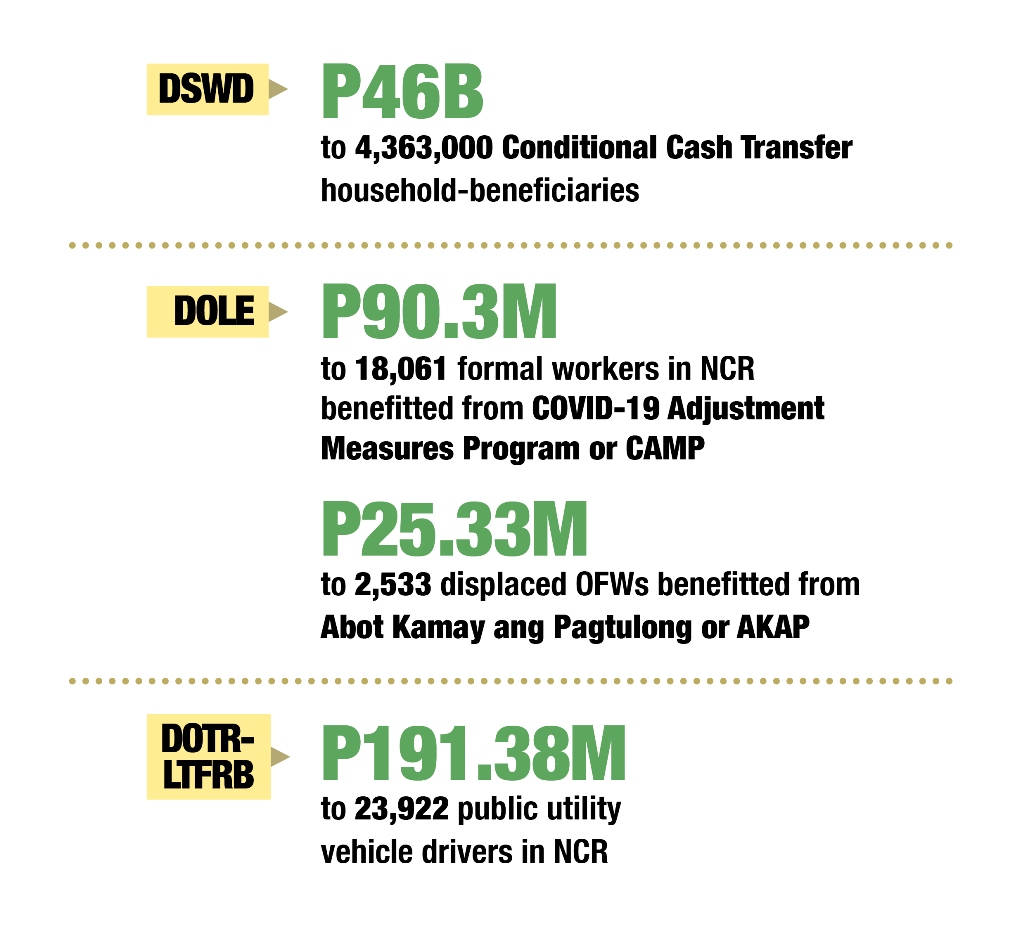 In terms of providing timely and affordable credit to the affected sectors amid the virus-induced downturn, LANDBANK developed lending programs to finance various response and recovery measures. 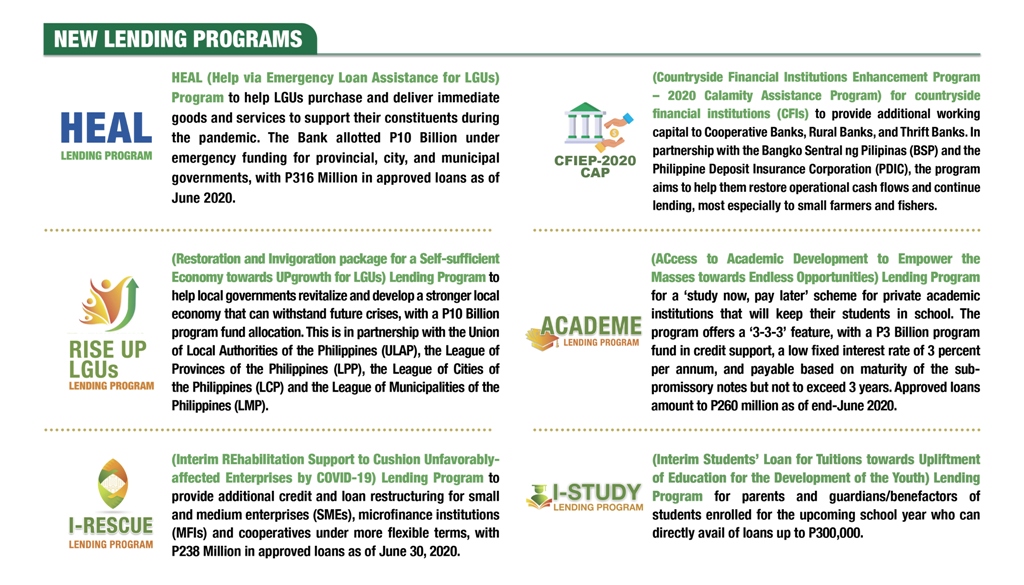 Meanwhile, to minimize the financial burden of its clients amid the crisis, LANDBANK rolled out relief packages in the form of payment moratoriums for due dates falling during the previous enhanced community quarantine (ECQ) period. 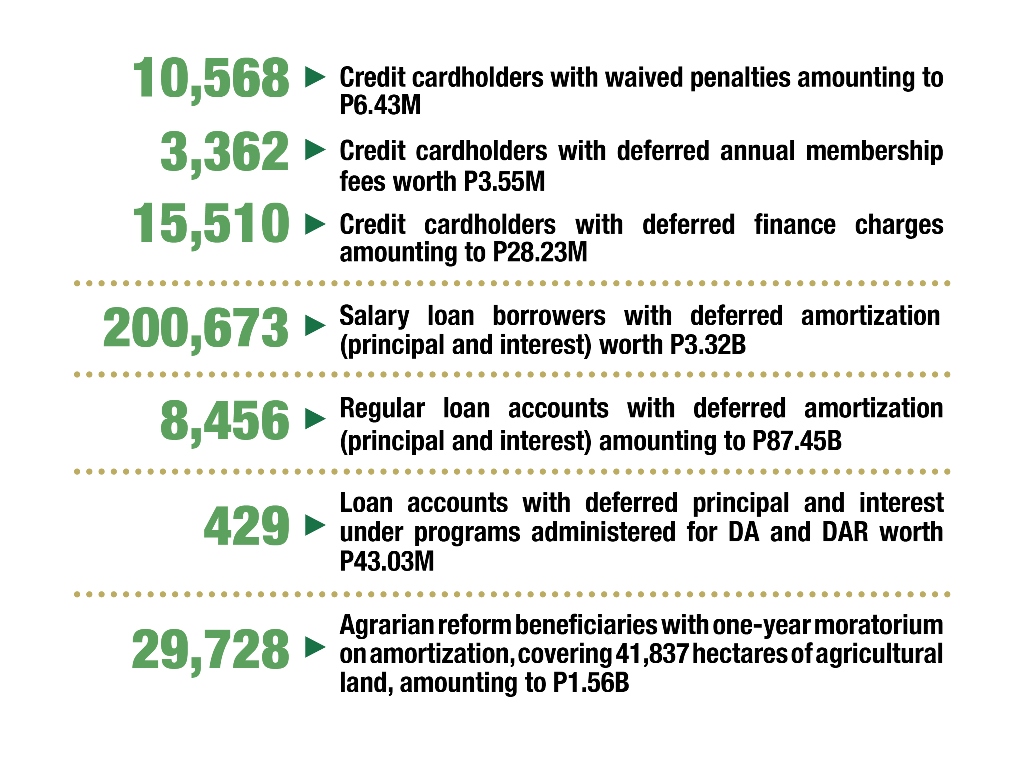 In response to the call of the Bangko Sentral ng Pilipinas (BSP) for relief measures that would benefit the general public and increase the use of digital payments during the COVID-19 pandemic, LANDBANK waived its fund transfer fees for PESONet and InstaPay channels until Dec. 31, 2020.

Amid the onslaught of the COVID-19 pandemic, LANDBANK was still able to fulfill its promise of transforming its wholly-owned subsidiary, the Overseas Filipino Bank (OFBank), as a digital-only, first branchless Philippine government bank. OFBank clients across the globe can now enjoy the convenience of a safe, reliable, and secure digital banking experience anytime, anywhere.

The OFBank Visa Debit Card allows cardholders to receive secure and convenient real-time fund transfers. They may also use OFBank’s mobile facility to transfer funds to the OFBank and LANDBANK accounts of their beneficiaries, free of charge.

Since the launch of OFBank as a fully-digital bank last June 29, a total of 7,131 overseas Filipinos and OFWs from 43 countries opened their accounts with OFBank as of July 30, 2020. And as it moves forward, it is looking to introduce an electronic multi-purpose loan system to further serve the financing requirements of its valued clients.

Even in the face of a global health pandemic, LANDBANK remains steadfast in delivering intensified support to the agriculture sector, reaching more Small Farmers and Fishers (SFFs).

Of these, P35.63 Billion was outstanding loans to small farmers, fishers, cooperatives, and farmers associations. This includes direct lending to farmers and fishers which grew by P219 Million or 18.37 percent from P1.19 Billion in May to P1.41 Billion in June. Meanwhile, loans to other players in the agri-business value chain stand at P191.84 Billion.

Also by the midpoint of the year, LANDBANK is already nearing its goal to reach its two (2) million SFFs cumulative target for 2020, with 1,976,689 SFFs assisted nationwide as of end-June. This represents 98.8 percent of the Bank’s target for the year. 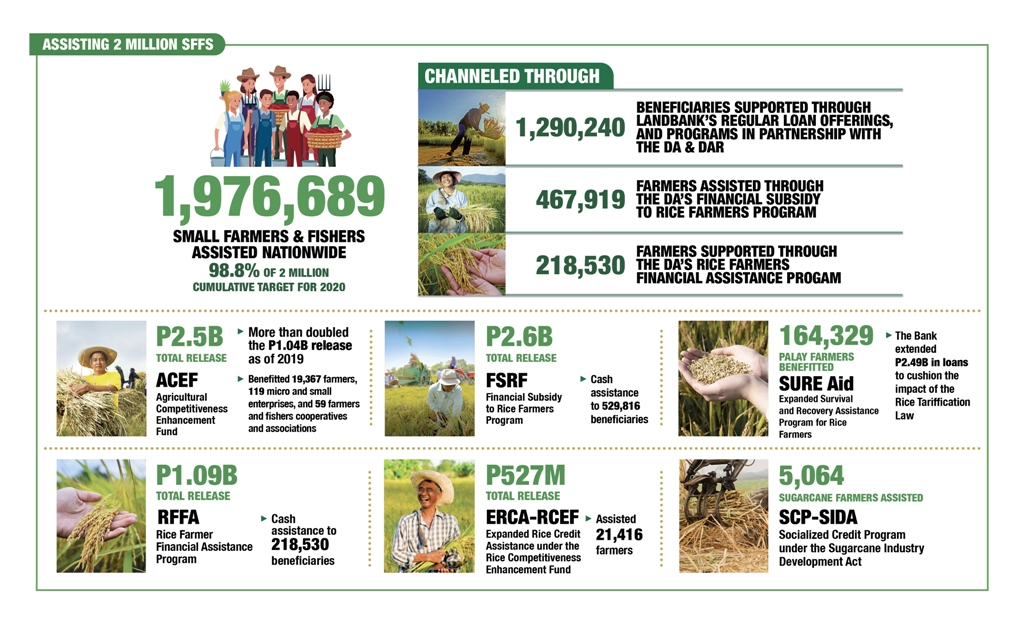 Despite the significant impact of COVID-19 to the economy, LANDBANK recorded stable financial numbers for the first half of the year with a net income of P10.02 Billion.

Total assets grew to P2.2 Trillion driven by the 22.23 percent increase in deposits which surpassed the P2 Trillion mark. This fuels the Bank’s continued support to agriculture and other sectors affected by the pandemic. 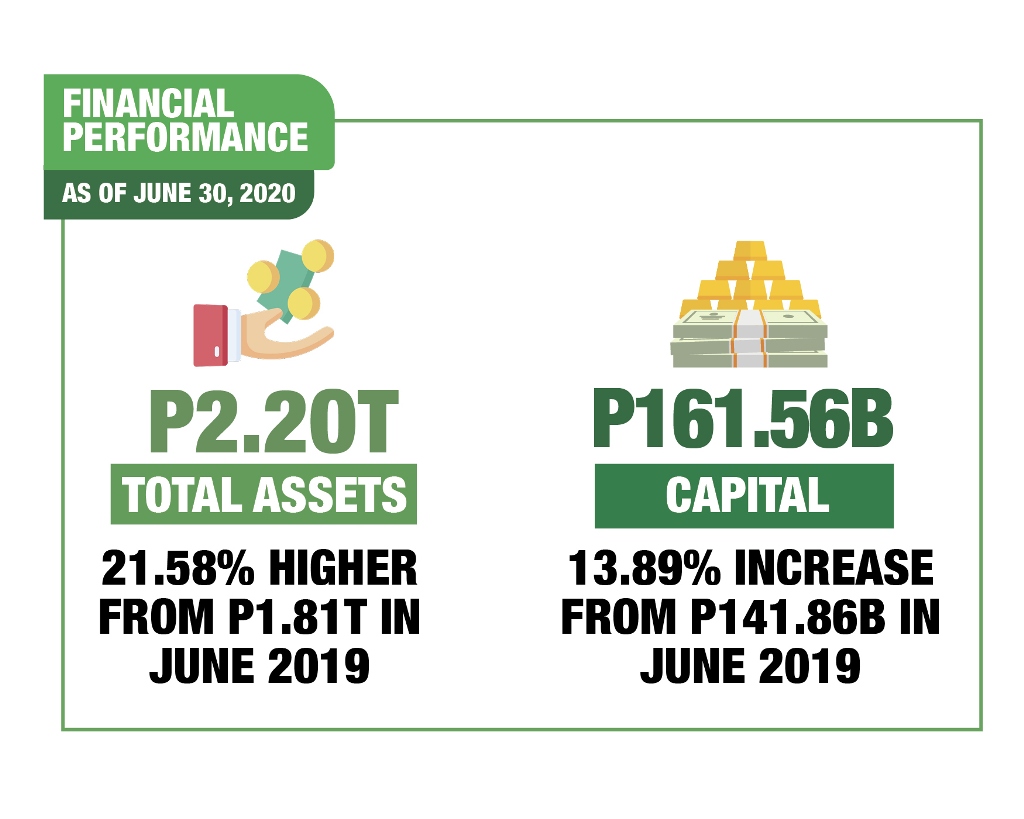 Stories from the Frontlines 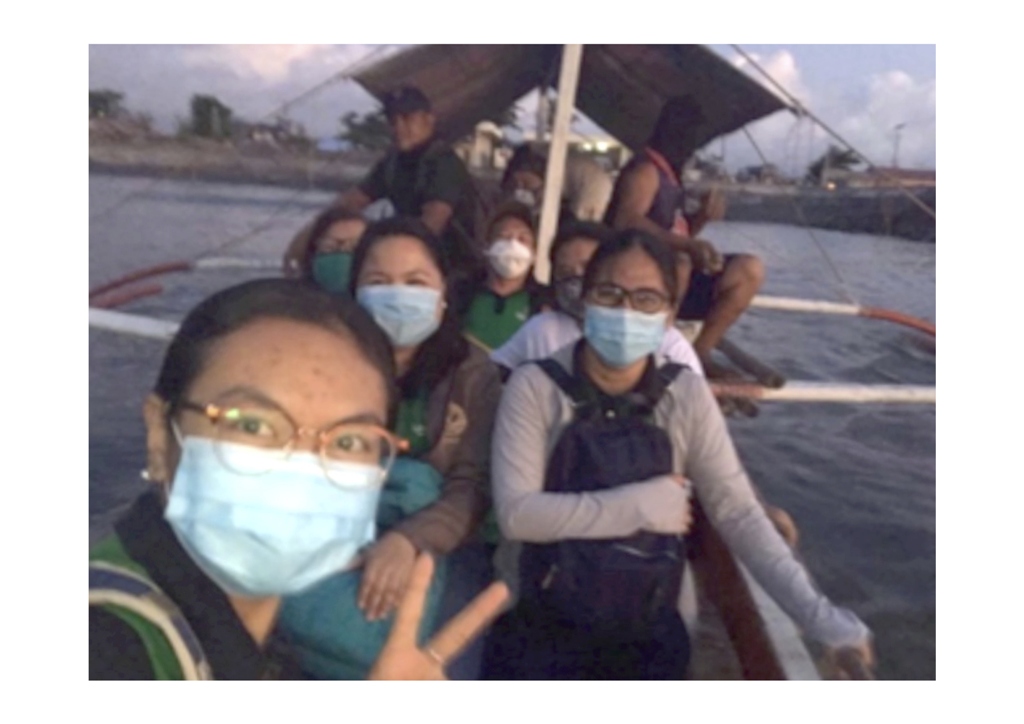 Passion to serve: Courage at sea in the face of adversity

PINAMALAYAN, Oriental Mindoro – Despite health and safety risks, LANDBANK Pinamalayan Branch employees, led by Branch Head Ferdinand E. Abas, braved the waters between Mindoro and Romblon on April 21 to reach the Municipality of Concepcion in Sibale Island, Romblon, to disburse cash cards to more than 200 Conditional Cash Transfer (CCT) beneficiaries of the DSWD affected by the pandemic.

Three hours of boat travel and a mountain hike later, they finally reached Concepcion for the successful pay-out. But on their way back, one of the engines of their small motor boat conked out. A passing boat of the Philippine Coast Guard (PCG) came to their rescue. But with its limited capacity, they had to travel in batches.

Abas and the others patiently waited for the Coast Guard’s return but because it was already dark, their rescuers failed to locate them. It was already late at night when they safely got back to Pinamalayan on board their limping vessel after hours of fighting rough seas in total darkness.

“In my 25 years of service in LANDBANK, that was the first time my team and I faced such dangers. We could have postponed the pay-out, but we knew that the CCT beneficiaries urgently needed government assistance. I am thankful for my staff who remained true to their duties as Landbankers, with passion and dedication for public service,” Abas said. 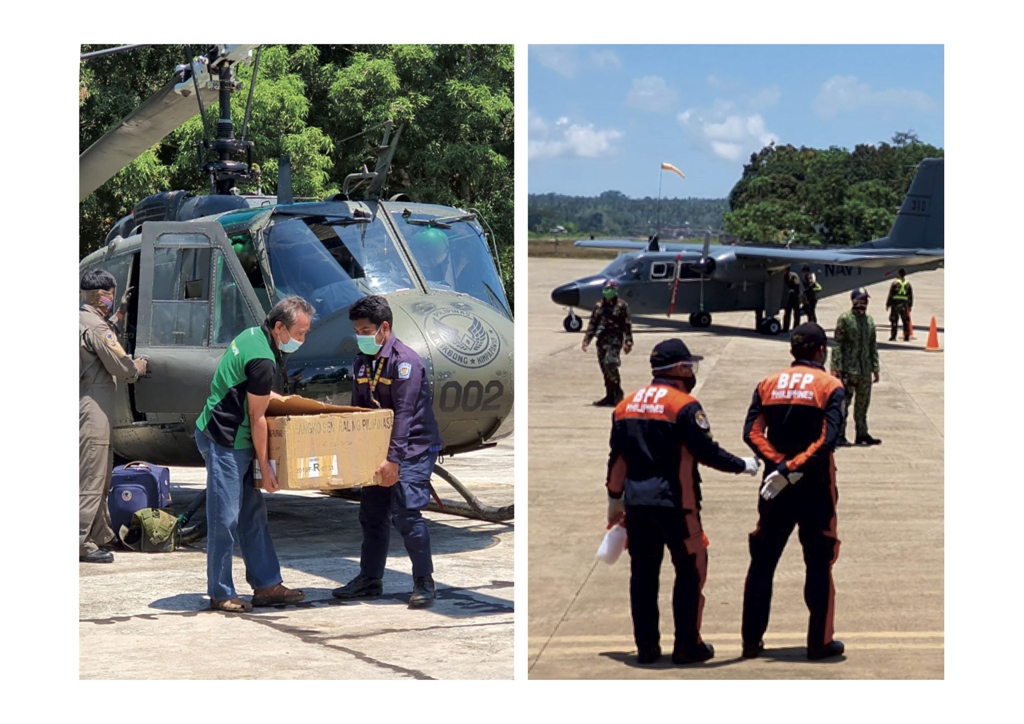 JOLO, Sulu – When commercial flights to and from Jolo airport were suspended due to COVID-19, LANDBANK Jolo Branch Acting Head Felix Friales had to figure out a way to fly in their cash supplies from the LANDBANK Cash Operation Unit in Zamboanga City to cater to the cash requirements of partner-agencies in implementing various social amelioration programs (SAP).

Friales tapped the 11th Infantry Division of the Armed Forces of the Philippines (AFP), under the Western Mindanao Command (WestMinCom), to use one of its military aircrafts to transport the cash package. However, unlike commercial flights, the military plane had no fixed schedule of arrival in Jolo, further adding to their anxiety.

“Since this was the first time we used a military aircraft to transfer cash, we were really concerned whether the package would get to us in time for our operations. So when the cash finally arrived, it was a mixed feeling of relief and fulfilment,” he said.

For Frias, his long stay with LANDBANK serves as his driving force to commit to this level of uninterrupted service, adding that, “In this global pandemic, and when faced with a daunting task, Landbankers will continue to strive for excellent customer service, finding extraordinary means when faced with adversity.” 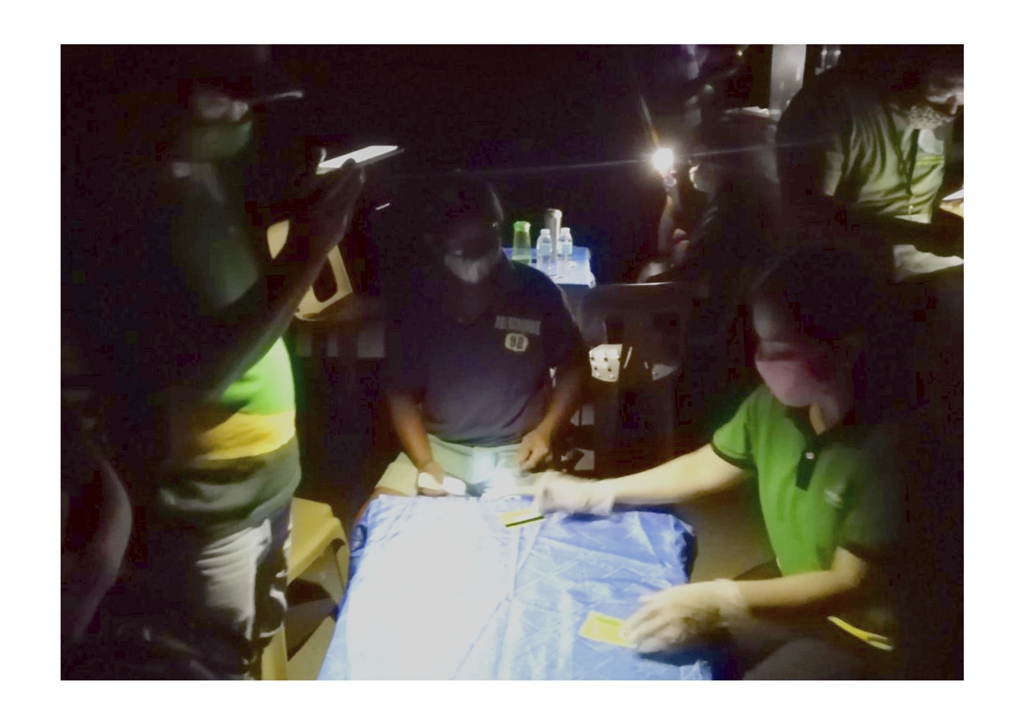 Dedicated Service: A beacon of light during darkness

“The summer heat was at its peak, worsened by our face masks and gloves, and the packed venue of waiting beneficiaries. Suddenly, the electricity in the venue went out. But because there were still farmers waiting in line, we decided to continue the cash card distribution despite the blackout,” Medina said.

She and her fellow Landbankers resorted to using flashlights from their mobile phones as emergency light. Though exhausted, Medina and her companions felt a renewed sense of fulfillment.

“It was fulfilling to be able to help the farmers in Nabua, whose already meager income were severely affected by the pandemic. I now realize that our willingness to serve others truly makes our job more rewarding. By being a beacon of light amidst the darkness, you can make a difference, you can help change lives,” said Medina.